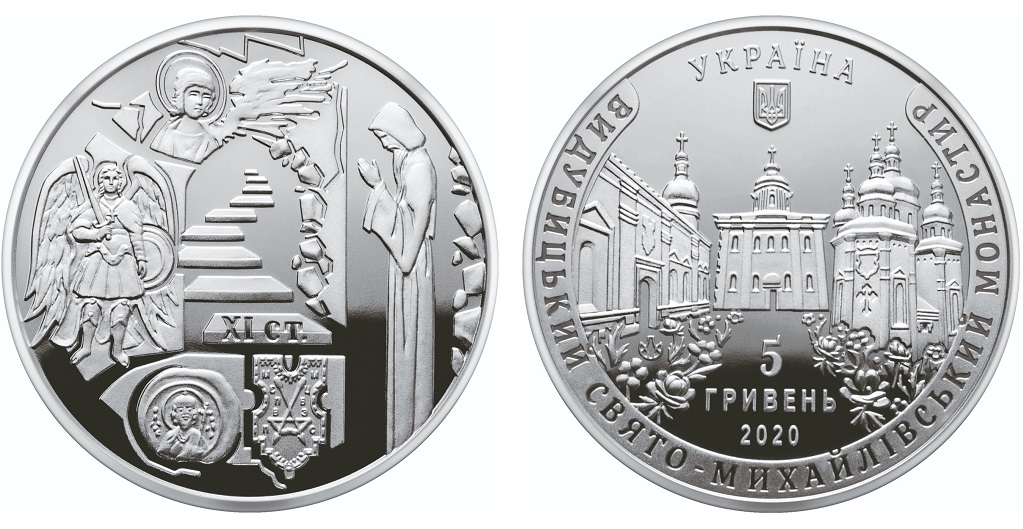 The National Bank of Ukraine has released (16th April) their latest coins which are part of an ongoing numismatic series entitled “Spiritual Treasures of Ukraine.” Begun in 1996, the series includes themes and topics which include landmark churches and monasteries, significant anniversaries, and personalities that have shaped the ecumenical and Orthodox religious spirit of Ukraine. The 2020-dated collector coins are dedicated to Vydubychi St. Michael’s Monastery, founded by the son of Prince Yaroslav Vsevolod, in the southern outskirts of Kiev, in the area of ​​Vydubychi.

According to the chronicle, the name of the land comes from the word “see.” The first stone temple on the territory of the monastery was St. Michael’s Church, built in the last quarter of the 11th century. At the beginning of the 12th century, the monastery became one of the centres in the political life of the Kievan Rus. It was here, near the Church of St. Michael, traditionally that troops would gather for war. Sadly, the Dnieper River began to slowly wash away the hill where St. Michael’s Cathedral was located, and in the year 1199, it was decided that a special retaining wall should be built to protect the structure. During 1199-1200, the wall was designed and erected by the court architect Peter Miloneg. Miloneg’s wall was one of the largest engineering and construction works of that time and in the region. Nevertheless, in the 16th century, Miloneg’s wall fell completely into the Dnipro River, along with a dome and the altar of St. Michael’s Cathedral. What remained of the original structure of the Cathedral was closed off by another wall and reconstructed in 1769 by the architect Yurasov, which now consists of the present ensemble of buildings that comprise the Vydubitsky Monastery today. 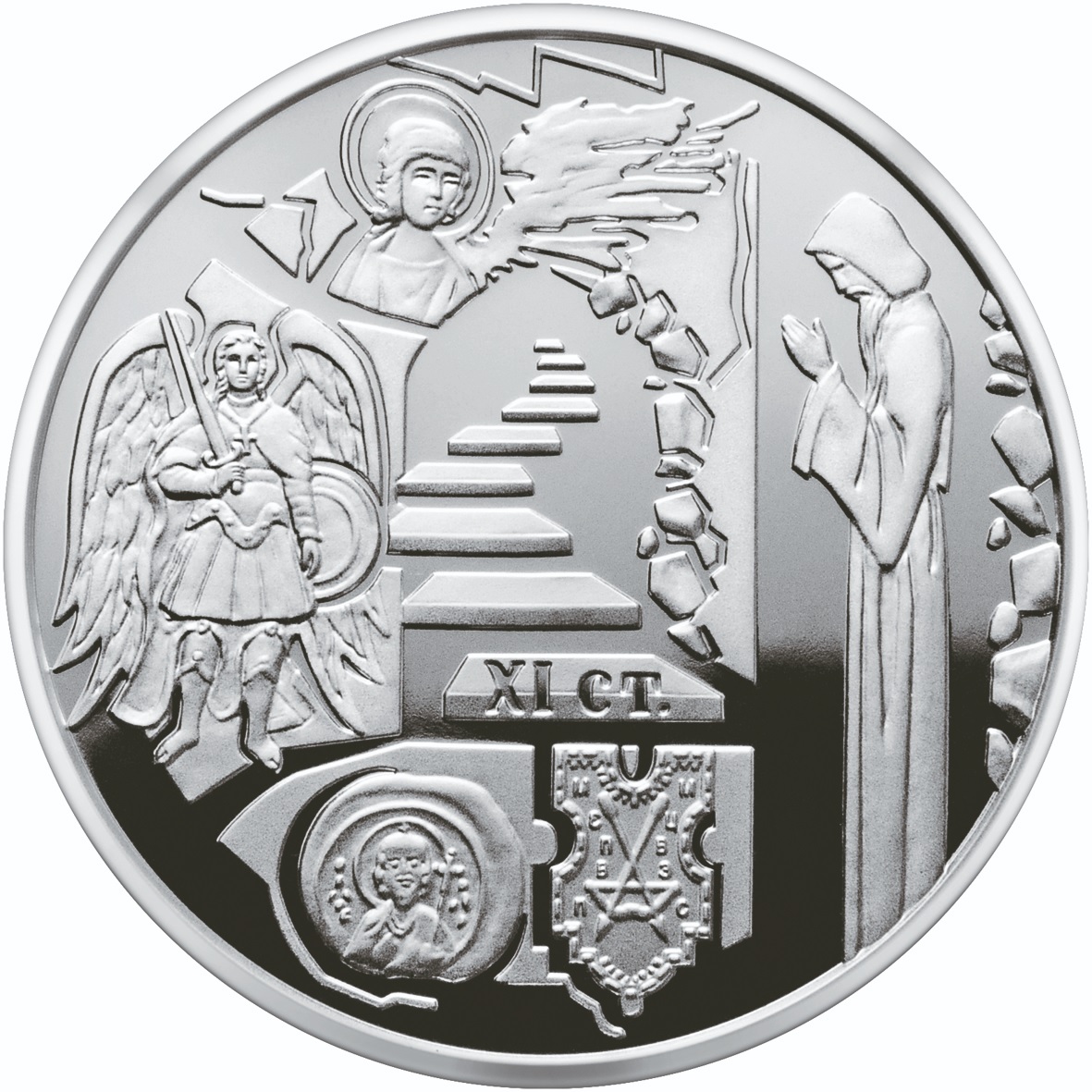 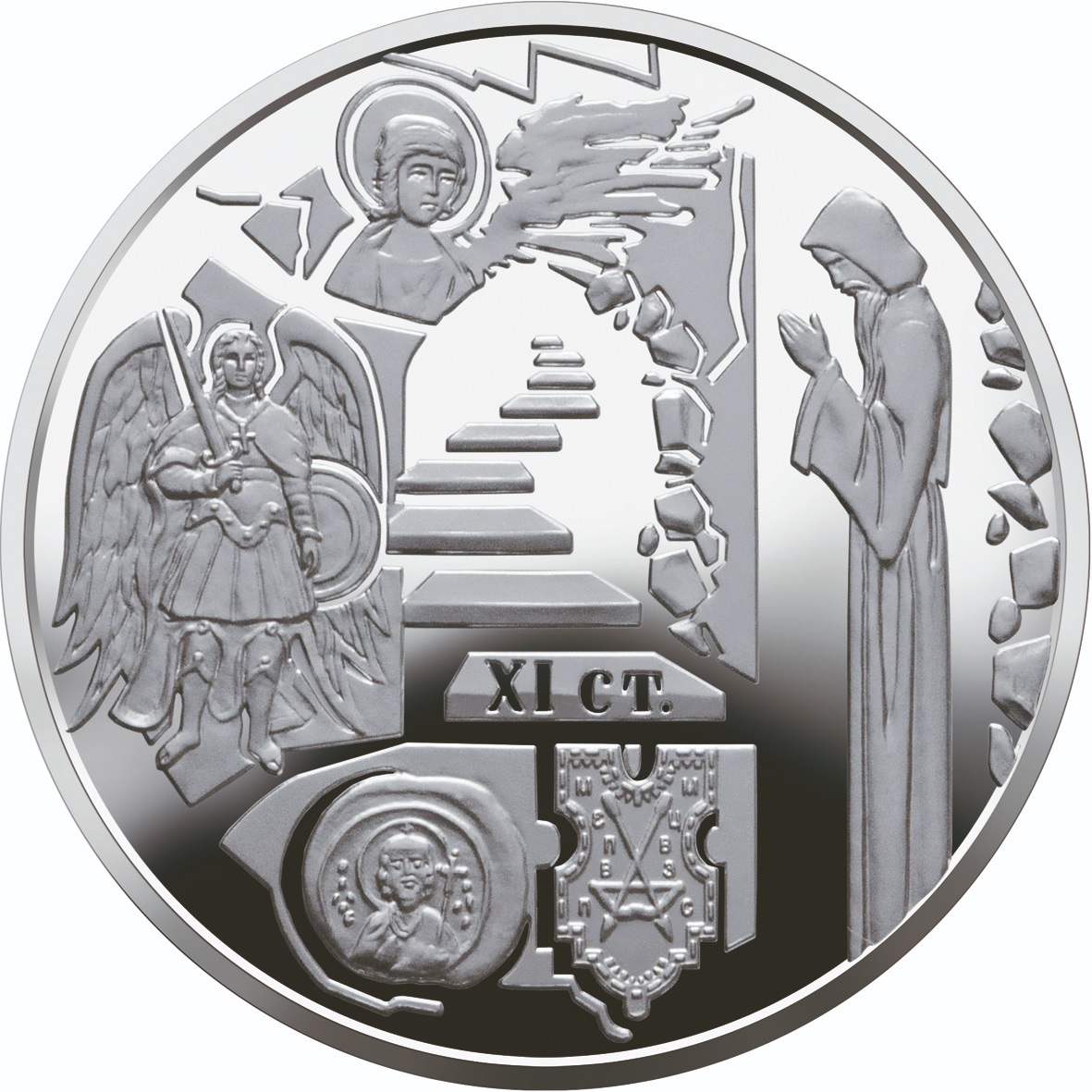 The coins are produced at the Ukrainian Mint on behalf of the National Bank and are designed by Volodymyr Taran, Alexander Kharuk, and Sergey Haruk. The reverse side of the coins depicts the composition of elements. In the centre are stairs, which symbolise the ancient history of the monastery, the first step of which has an inscription ХІ ст (“XI century”), and on the left are stylised iconographic images of the saints. To the right of the stairs is the image of a standing monk. Below the stairs is the imprint of the seal of Prince Vsevolod, and to the right, the coat of arms of Colonel Mikhail Andreevich Miklashevsky, who was the chief sponsor of the monastery from 1696 to 1701. 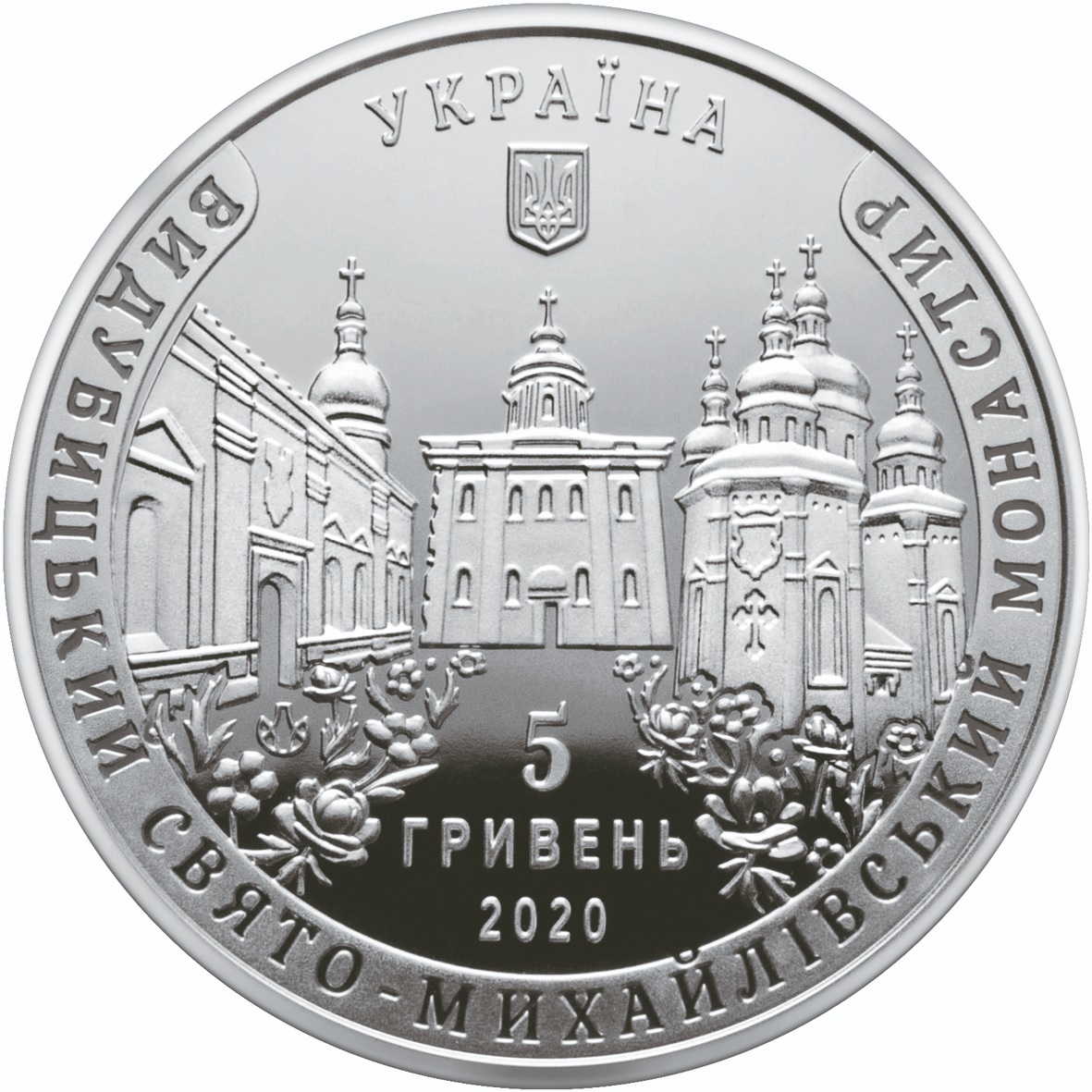 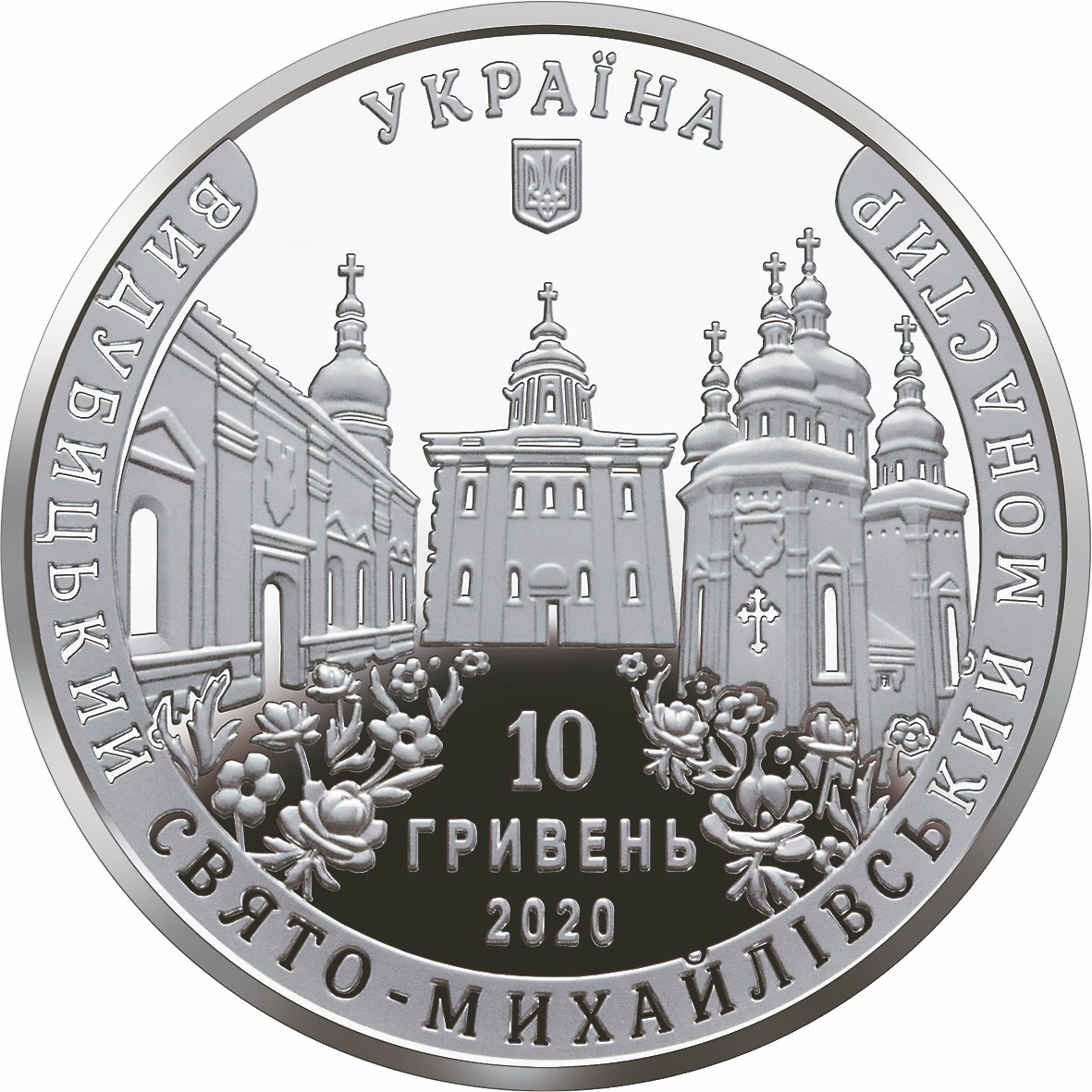 The obverse side depicts a small state emblem of Ukraine, above which is inscribed УКРАЇНА (“Ukraine”), in the centre are the iconic buildings of the architectural complex of the Vydubychi Monastery, surrounded by flowers. The inscriptions 5 or 10 ГРИВЕНЬ (“Griven”), and the year of issue, 2020, are placed just below the primary design. The inscription, ВИДУБИЦЬКИЙ СВЯТО-МИХАЙЛІВСЬКИЙ МОНАСТИР (“Exhibition Holy-Mikhailiva Monastery”), is placed along the coin’s rim under the primary design.

The Proof-quality coins are encapsulated and presented in a custom case and are accompanied by a numbered certificate of authenticity. For additional information about this coin and other coins issued by the National Bank of Ukraine, please visit their website.