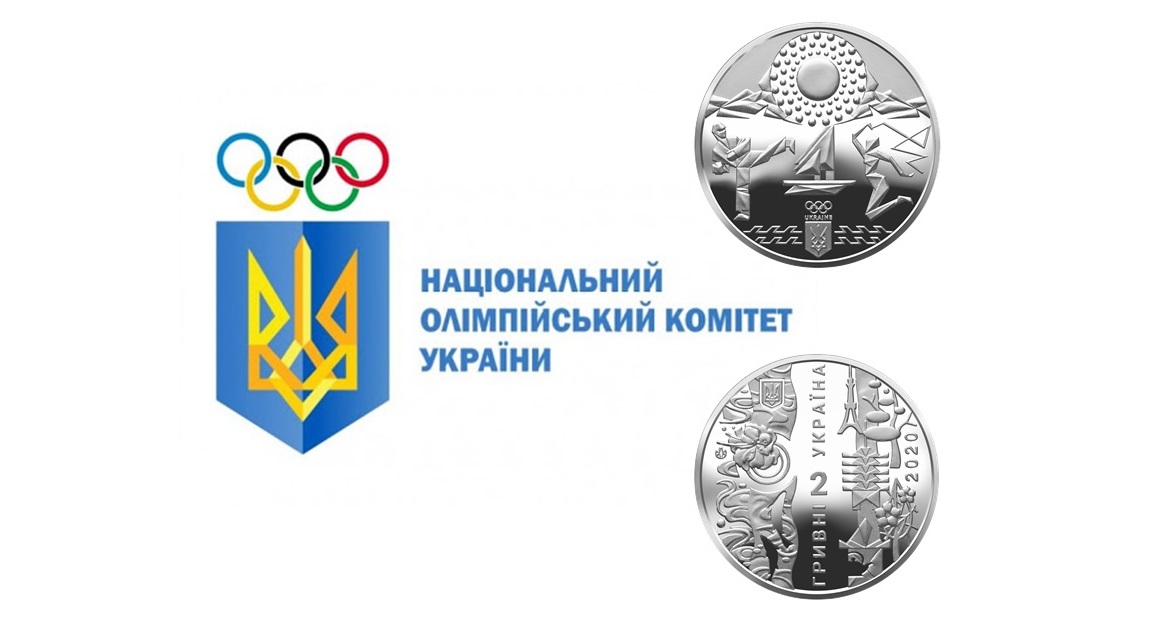 The National Bank of Ukraine has issued (22nd July) new silver collector coins which are in recognition of Ukraine’s National Olympic Team, who would have been competing alongside top-class world athletes this month. Unfortunately, due to the spread of the Wuhan strain of COVID-19, which has become a worldwide pandemic, authorities, organisers, and governments have advised the delay of one year for the Games as an added precaution to stop a further outbreak.

Since achieving independence in 1991, the National Olympic Committee of Ukraine was created the year before and recognised by the International Olympic Committee in 1993. Ukraine sent their first national team to compete in the 1994 Olympic Winter Games held in Lillehammer, Norway, and in 1996 with the Summer Games hosted in Atlanta, Georgia. Previously, Ukrainian athletes participated in the Olympic teams of the former Soviet Union from 1952 to 1988. Since their first inclusion as an independent team, the Ukrainian Olympic Team has participated in every Olympiad thereafter and have achieved awe-inspiring results.  To date, Ukraine has won a total of 120 medals at the Summer Games and eight at the Winter Games, with gymnastics at summer and biathlon at winter yielding the nation’s top medal-producing sports. The 2020 national team, though delayed one year, is expected to include 66 athletes competing in a variation of 13 different sports. In exactly one year from the day which would have been the opening of the XXXII Olympiad, the world will congregate to Tokyo for the first games to kick off, the competitions lasting two weeks followed shortly thereafter by the Paralympic Games. 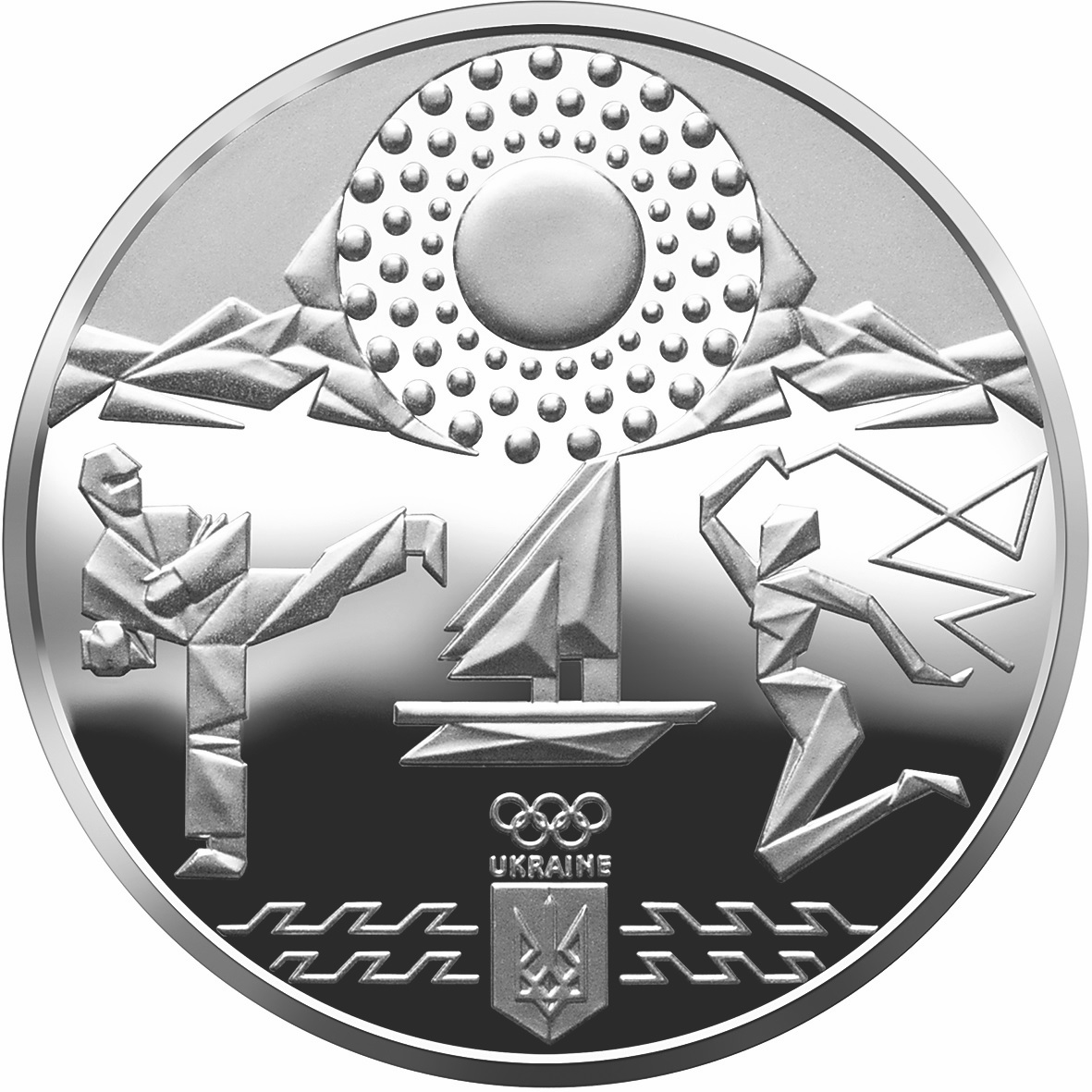 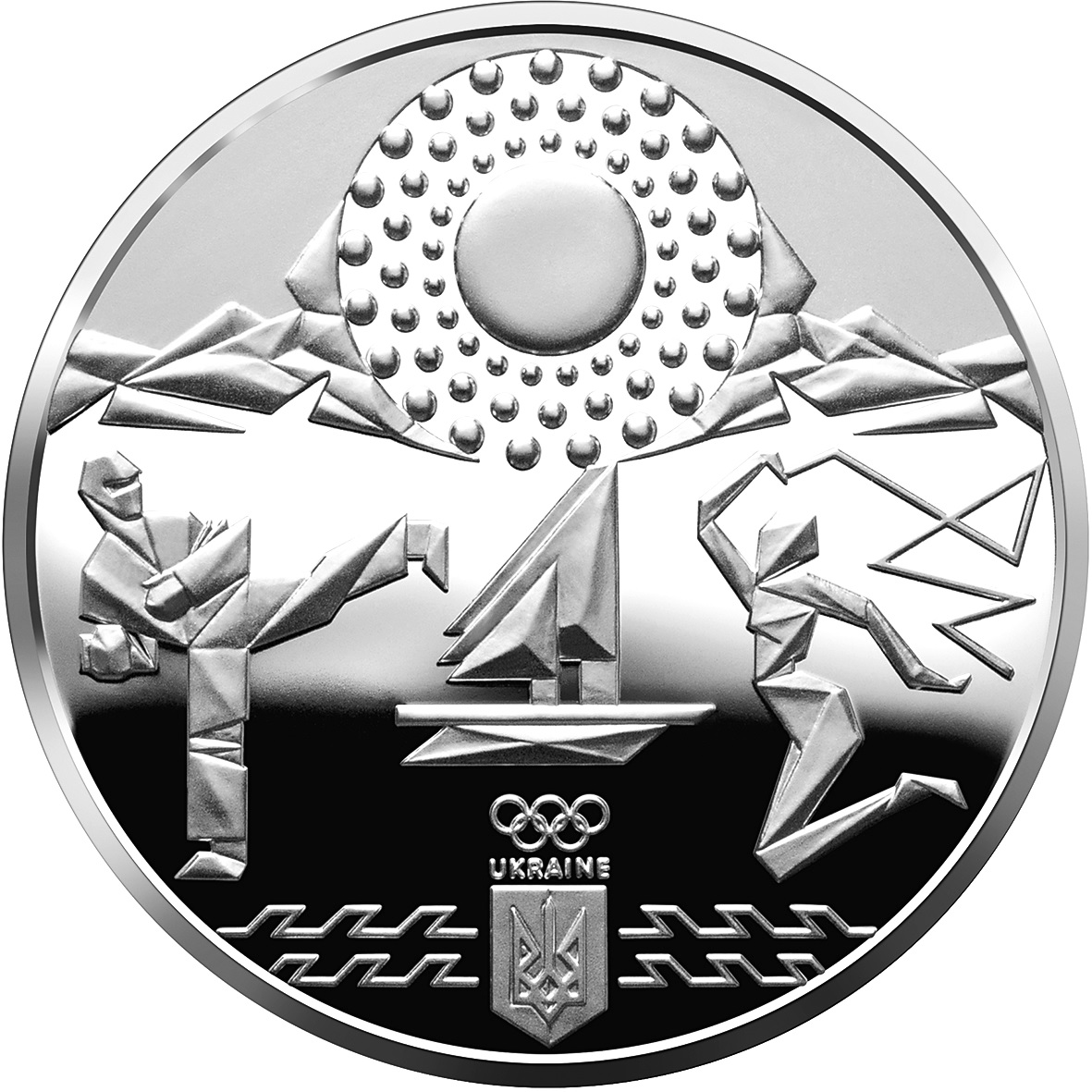 The obverse side depicts both stylised representations of Mount Fuji, Japan’s world-renowned natural landmark, along with an image of the Rising Sun, depicted on the Japanese national flag. Depicted on the left side is an athlete competing in judo, the central sport represented is sailing, and the third figure on the right shows gymnastics. Below the sailboat is the Ukrainian National Olympic insignia. 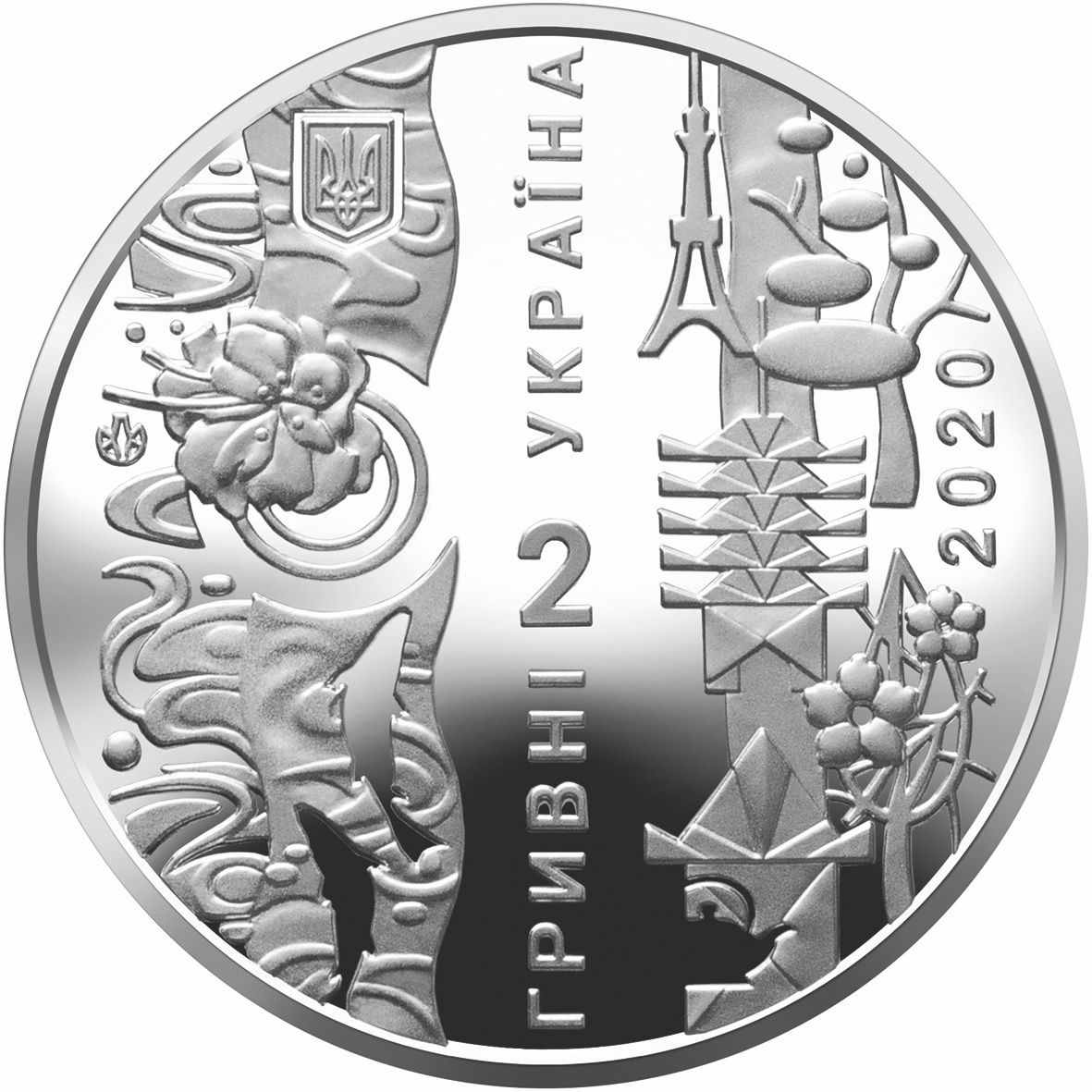 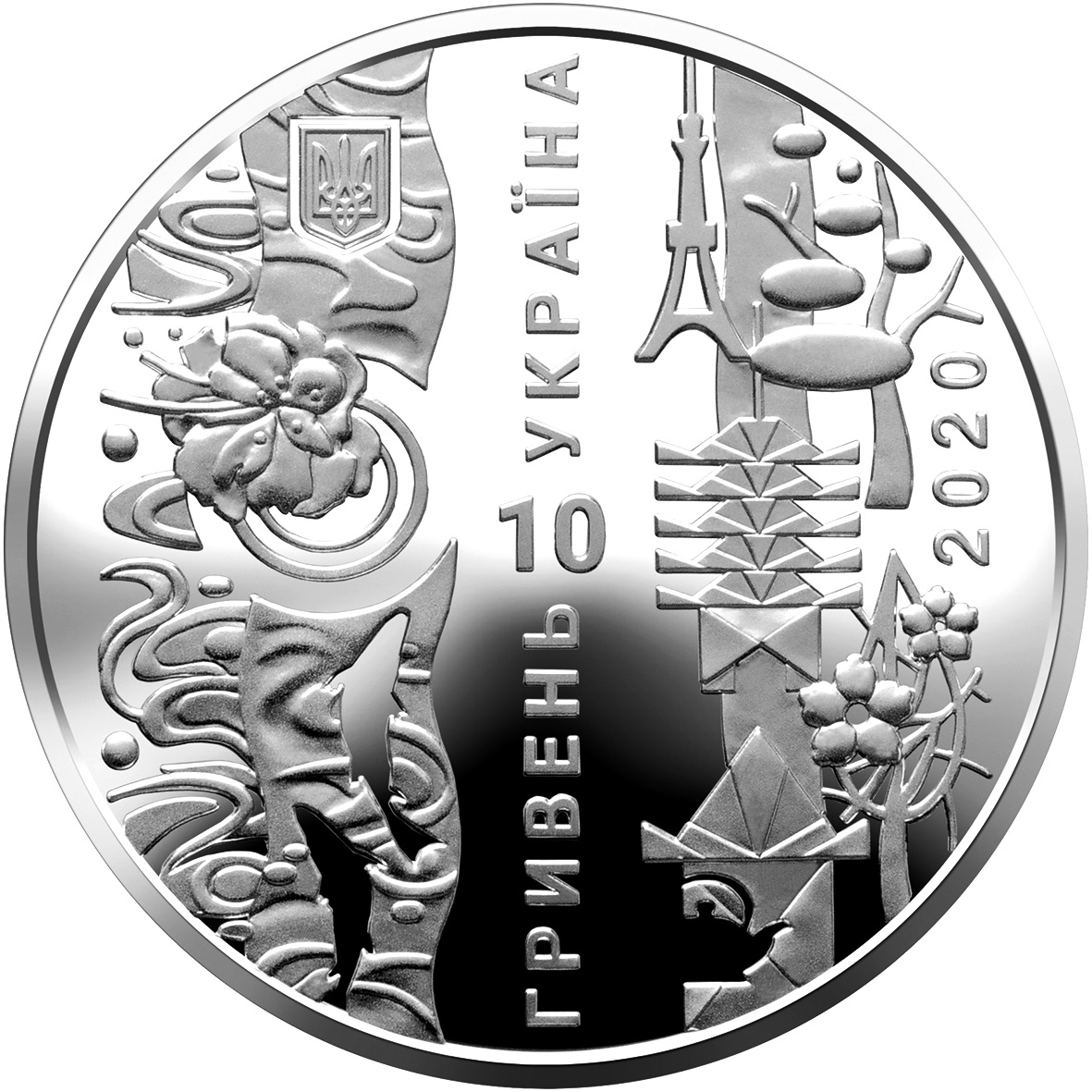 The reverse side includes Ukraine’s small coat of arms and an assortment of origami-inspired figures symbolising the close ties between Japanese national architecture and nature. The composition is divided into two parts, a stylised stream with fish in it, and sakura blossoms.  To the left is a depiction of Tokyo Tower, branches of cherry blossoms, and a traditional teapot, representing the ancient tea ceremony. In the centre is the vertical legend УКРАЇНА (“Ukraine”), the coin’s face value 2 or 10 ГРИВЕНЬ (“2 Hryvnia”, nickel; “10 Hryvnia” silver), and the coin issue year 2020 (to the right).

Both silver Proof-quality and cupro-nickel Brilliant Uncirculated coins are each encapsulated and presented in a custom case, accompanied by a numbered certificate of authenticity. For additional information about this coin and other coins issued by the National Bank of Ukraine, please visit their website.