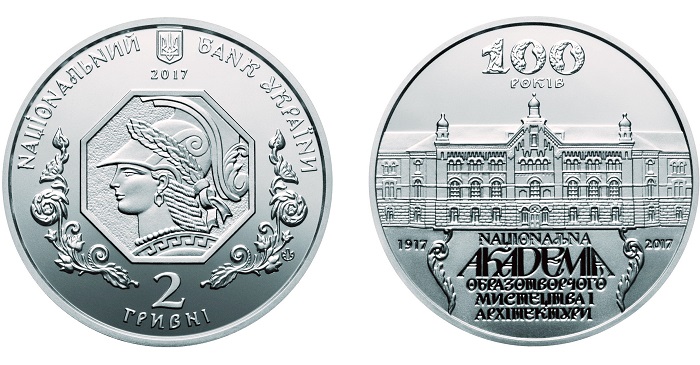 The National Bank of Ukraine have issued (7th December) two new collector coins which are minted in celebration of the 100th anniversary of the establishment of the National Academy of Fine Arts and Architecture, which is the successor of the Ukrainian State Academy of Arts. Founded on the 18th December 1917, on the initiative of prominent public figures, patrons of the arts, and artists, the academy was inaugurated at a time of great hardship in Ukraine. The main objective of founding the first Ukrainian higher institution of fine arts was to cultivate an artistic school on the basis of national and world culture. The institution was founded during the country’s first attempt at independence from the Russian provisional government on the 7th November 1917, as the Ukrainian People’s Republic, also referred to as the Ukrainian National Republic.

Ukraine’s establishment as an independent republic was short-lived after the invasion of the Soviet army. With the restoration of Russian control of Ukraine in 1921, the former republic became a founding state in the USSR. The existence of the academy continued and was renamed the Kiev Arts Institute and relocated to the former Kiev Theological Seminary building, where it is located today. Over time, the Kiev Arts Institute became one of the leading art schools in the Soviet Union until the institution fell victim to political pressure and interference. This purge led to a closure of several departments, the dismissal of the institute’s governor and extensive restructuring which included its renaming as the Kiev Institute of Proletarian Artistic Culture in 1930.

The restructuring of higher learning in the USSR was not over and the institute was no exception. In 1934, after yet another politically motivated reform of the institution, it was given a new name again. They were now known as the All-Ukrainian Institute of Arts, and later, the Kiev State Art Institute. There was a respite in the political interference of this institute and it was allowed to return to more traditional academic methods.

After the conclusion of the Second World War in 1945, the institute had grown considerably in terms of the departments of graphics which were responsible for the production of political posters, propaganda, and monumental theatrical decorative art. Later, the departments of technology, art conservation, and cultural heritage reopened again as well. The department of theory and history of art was also founded during this time. With the disintegration of the Soviet system of government becoming evident by 1990, the Ukrainian provisional government in Kiev declared their independence from the USSR on the 24th August 1991, with the dissolution of the USSR finally occurring in December 1991. In 1992, by a resolution of the cabinet of ministers of Ukraine, the university returned to a previous name, the All-Ukrainian Academy of Arts. According to the decree of the Cabinet of Ministers of Ukraine, dated the 17th March 1998, it became The National Academy of Fine Arts and Architecture. 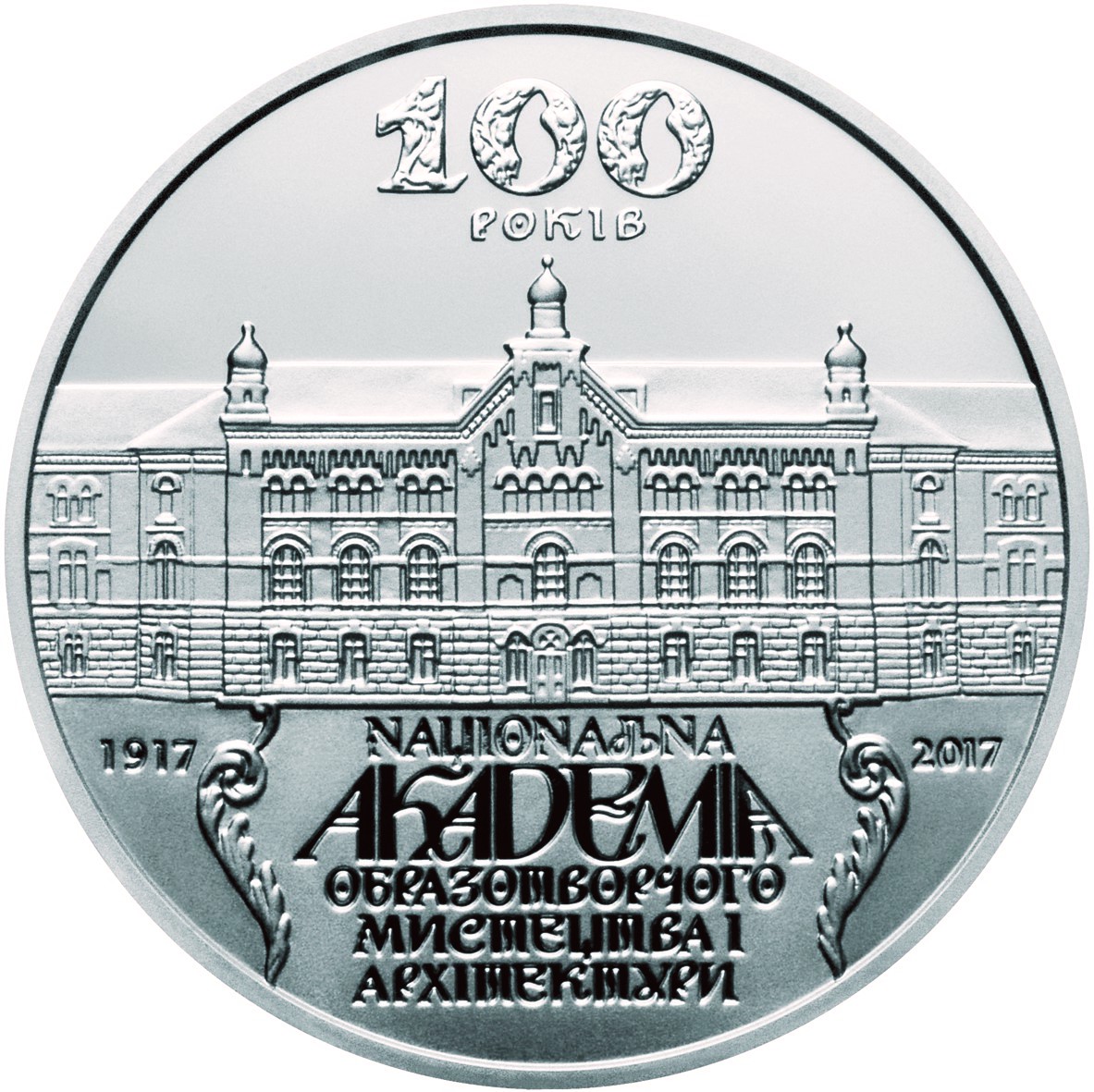 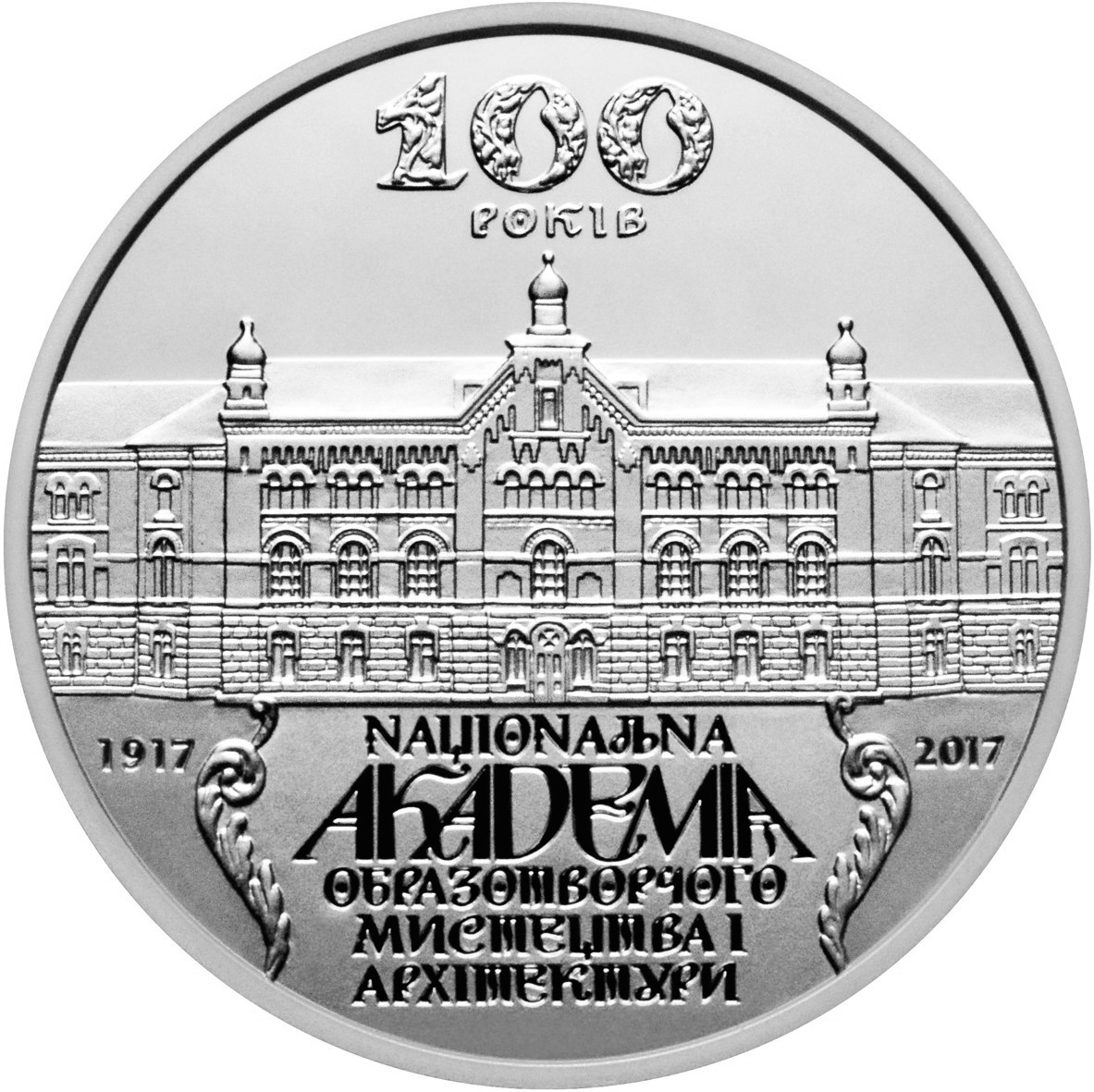 The coins, which include five-hryvnia silver Proof and two-hryvnia Brilliant Uncirculated nickel versions, share the same designs on the obverse and reverse and are produced by the Ukrainian Mint on behalf of the National Bank of Ukraine. They are designed by Mykola Kochubei. The design includes a depiction of the academy`s building and below are the celebratory years 1917 and 2017. There is also the following stylised commemorative text 100 РОКІВ (100 years) above the primary design and NАЦІОНАЛЬNА АКАДЕМІЯ ОБРАЗОТВОРЧОГО МИСТЕЦТВА І АРХІТЕКТУРИ (National Academy of Fine Arts and Architecture) placed below the building in four lines of text. 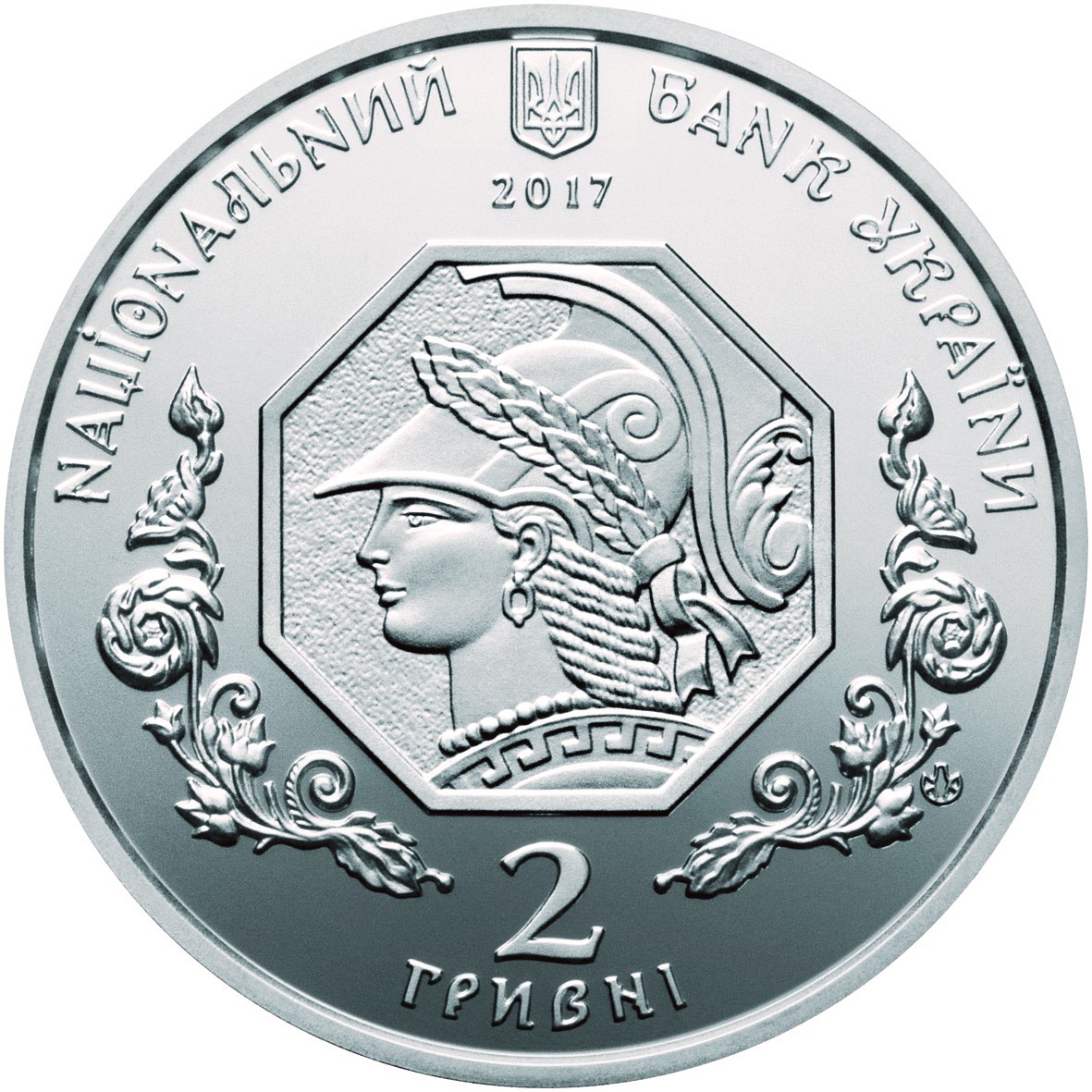 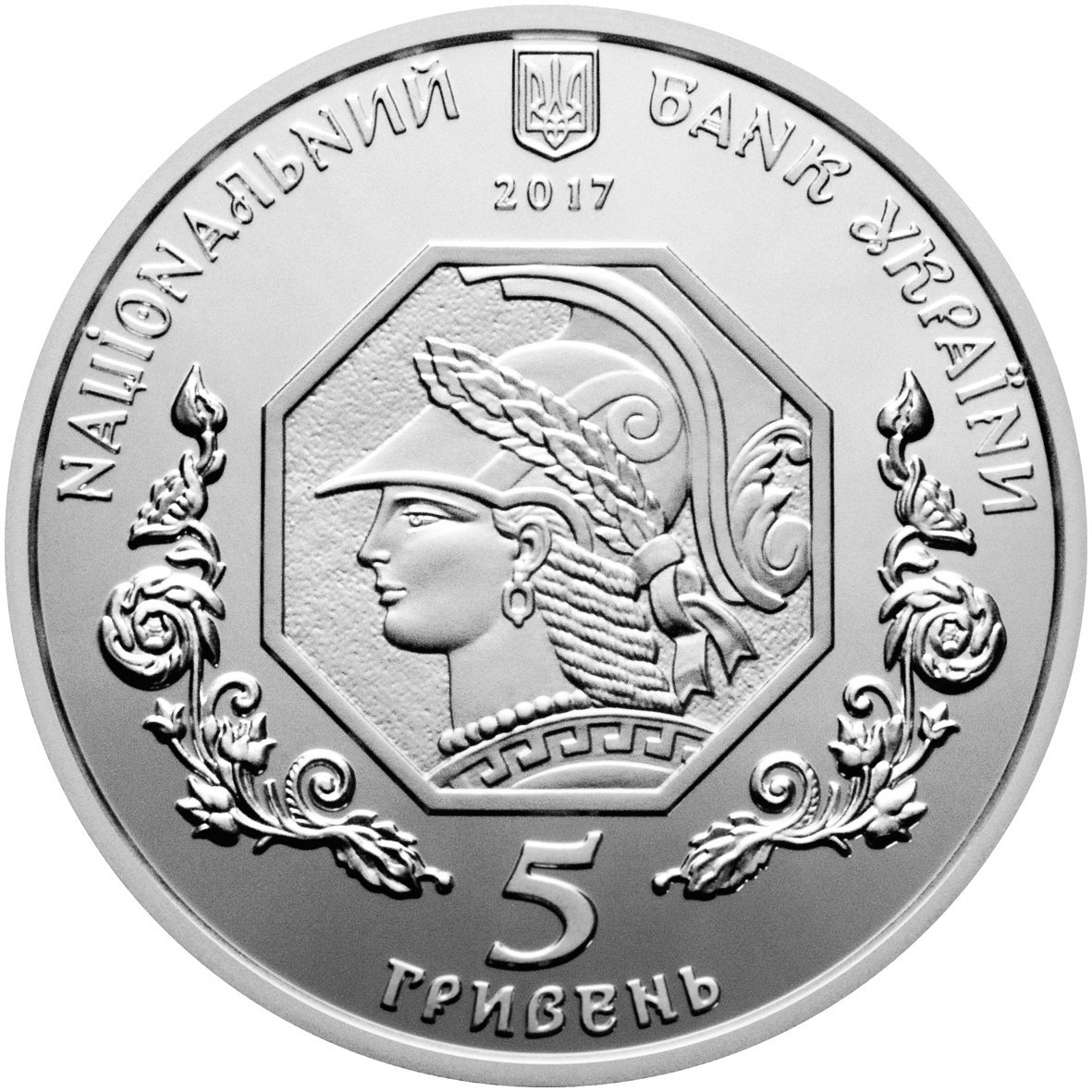 The obverse includes Ukraine’s coat of arms and located just below is the coin`s issue year, 2017. On either side of the crest and year is the divided semi-circular commemorative legend NАЦІОНАЛЬНИЙ БАНК УКРАЇНИ (National Bank of Ukraine). In the centre is an octagon shape framed with floral ornaments along with the image of the goddess Minerva — the Roman patron of the fine arts.