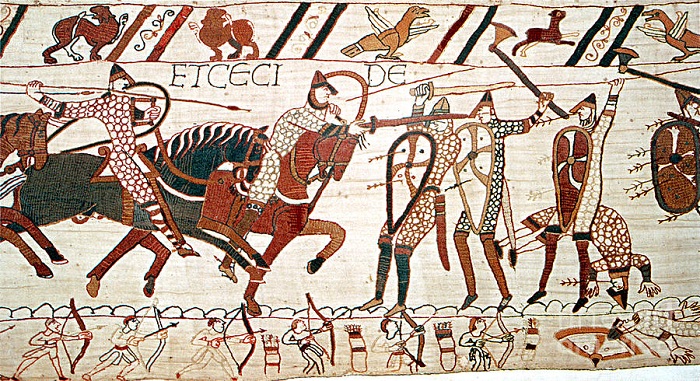 The Royal Mint has launched (16th August) their latest commemorative 50-pence coins in precious metal for the 950th anniversary of one of the most consequential battles in England’s history.

The battle of Hastings in 1066 began with a question of succession to the English throne after the death of its childless king, Edward the Confessor (1003 – 1066). Upon his death, the last king from the House of Wessex was succeeded by Harold (1022 – 1066) of the House of Godwin, the first and only king from this family. William, Duke of Normandy (1028 – 1087), was the illegitimate son of Robert I, Duke of Normandy (1000 – 1035), but was nevertheless his father’s recognized heir. Upon the death of Robert I, William succeeded to the Duchy at the age of seven or eight.

Across the English Channel, the childless King Edward of England appears to have chosen William as his successor to the English throne as early as 1051. As William was the grandson of Edward’s maternal uncle, Richard II, Duke of Normandy (963 – 1026), the choice for a male relative in a royal bloodline seemed both logical and dynastic. However, at the end of 1065, King Edward fell into a coma without clarifying his preference for the succession. He died on January 5, 1066, but not before briefly regaining consciousness and allegedly commending his widow and the kingdom to Harold’s “protection.”

When the Witenaġemot, translated to mean “meeting of wise men,” conveyed the day after Edward’s death, the choice of Harold to become king was solidified and confirmed, with Harold’s coronation being held on the same day. It is believed that the suddenness of the new King Harold’s coronation was simply because all the nobles of the land were present at Westminster for the feast of Epiphany, and not because of any fear that Harold would simply usurp the throne had he not been offered the crown.

In early January of 1066, upon hearing the news of Harold’s coronation, Duke William II of Normandy, who many had believed to be the rightful King of England, began plans to invade. Threats of invasion came not only from the Duke of Normandy but also from Harald Sigurdsson, or Hardrada (1015 – 1066), King of Norway, who also attained to the English throne, attributing his claim to when England was ruled by Canute III of Denmark, an ancestor. On September 8, 1066, King Harald Hardrada of Norway began his invasion and landed his fleet at the mouth of the river Tyne, Northeast England.

William’s initial invasion began on September 12 with his fleet sailing from Normandy, though several ships immediately sank in storms and forced the fleet to take shelter at Saint-Valery-sur-Somme. With the change of the winds’ direction on September 27, William’s fleet finally set sail for England and is believed to have arrived the following day at Pevensey, East Sussex. 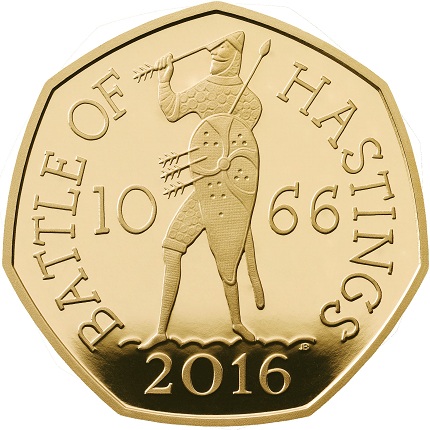 King Harold led his marching army 241 miles to intercept the invading William, who had landed perhaps 7,000 men in Sussex, southern England. King Harold established his army in hastily-built in-ground bunkers near Hastings as part of their defense. On October 14, the two armies clashed at what is now famously referred to as the Battle of Hastings, at Senlac Hill near the present town of Battle, East Sussex.

The fierce fighting would have monumental repercussions on the future of England and lasted nearly nine hours in what was described as “hard fighting.” It is believed that less than 30 minutes from victory, King Harold was killed, causing his forces to retreat. His brothers Gyrth Godwinson (1032 – 1066) and Leofwine Godwinson (1035 – 1066) were also killed in the battle.

Contemporary legend at the time indicated that according to Orderic Vitalis (1075 – c. 1142), an English chronicler and Benedictine monk, King Harold’s brother Gyrth had been unsuccessful in preventing his brother Harold from engaging the Duke of Normandy in battle, having urged him not to break the oath he had sworn to William confirming the latter’s succession. Harold, however, ignored Gyrth’s advice and the three brothers were killed on the battlefield.

King Harald Hardrada’s claim to the English throne ended on September 25. The King of Norway, along with Tostig Godwinson (c.1026 – 1066), King Harold’s younger and exiled brother who fought on the side of Harald Hardrada, were both killed during battle near Stamford Bridge, York. King Harald Hardrada’s army took hostages in surrounding towns which had earlier led to a peaceful surrender of York. The 11,000-strong and heavily armed fighting force were no match for Hardrada’s 6,000 strong force who weren’t wearing their armor on the hot day they were caught by surprise. 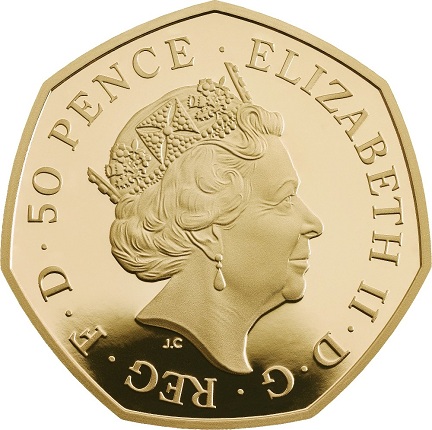 The results of the battle weren’t immediately felt, especially since the English aristocracy had recognized another member of the House of Wessex as the successor of the late King Harold Godwinson. He was Edgar Aetheling (1051 – 1126), grandnephew of King Edward the Confessor, and the son of Edward the Exile, a nephew of the late King. Edgar was only six years old at the time of his father’s death and was the only surviving male member of the royal dynasty apart from King Edward. However, the King made no recorded effort to strengthen his grandnephew’s position as heir to a throne which was already being eyed by a range of powerful potential contenders.

Following Harold’s death at the Battle of Hastings, the Witenagemot assembled in London and elected Edgar king. However, with the continued domination of the southern half of the country by William’s army, which eventually led to the capitulation of London, supporters of Edgar — including Edgar himself — paid their respects to William and swore allegiance.

William I remained king until his death in 108. He was succeeded by his younger son, William II, while his older brother Robert succeeded to the lands in Normandy. The House of Normandy ruled England until 1154 with the death of King Stephen, a grandson of William I.

The coins are designed by John Bergdhal, a veteran of Royal Mint coin design. The common reverse is inspired by a scene from the Bayeux Tapestry, an elaborately embroidered cloth nearly 230 feet in length and 20 inches tall that beautifully depicts the events leading up to the Norman conquest of England; it was commissioned by Bishop Odo (who died in 1097), half-brother of King William I.

The scene on the reverse shows King Harold, who was supposedly killed on the battlefield with an arrow through the eye. The text around the coin is also re-created from the style seen on the tapestry, along with the year 1066. The obverse includes the fifth effigy of HM Queen Elizabeth II introduced in 2015, designed by Royal Mint engraver Jody Clark. 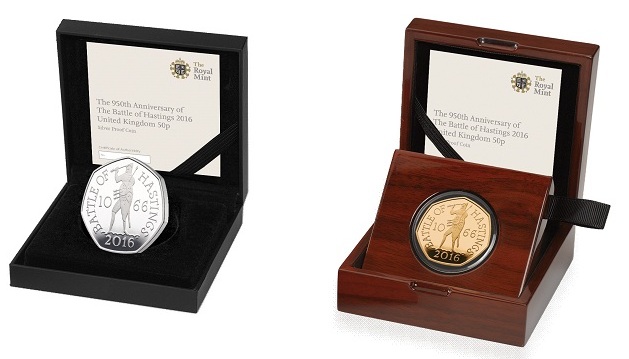 A base metal BU version was launched earlier this year. The coins are produced in Proof quality and launched as a separate product. The maximum mintage includes the limited edition presentation as well as inclusion in earlier retailed sets. For more information on this and other coins offered by the Royal Mint, please visit their Web site. International orders will be dispatched where applicable.