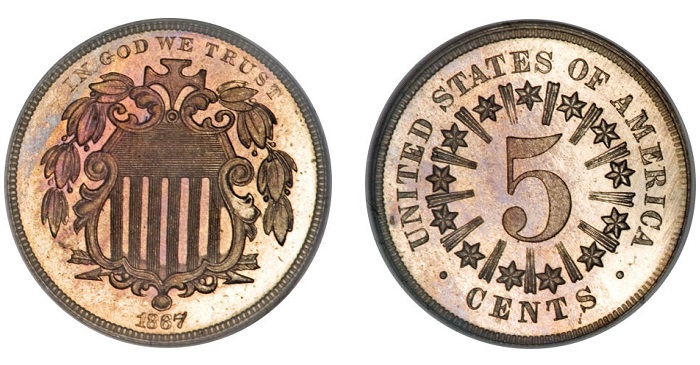 Santa Ana, California (August 1, 2019) — Stack’s Bowers Galleries is thrilled to present an impressive selection of United States Proof coinage as part of their official auction of the 2019 American Numismatic Association’s World’s Fair of Money. Featured in the sale are complete sets of Proof Shield nickels and Proof Barber half dollars, as well as a nearly complete set of Proof Trade dollars, among many other Proof rarities.

A highlight of this selection is the Slotkin Family Trust Collection of Proof Shield nickels, which is ranked as the #1 set on the NGC Registry. The Slotkin Family Trust Collection has long been recognized by collectors as a pinnacle of top-tier Proof coinage across several series, and this set of Proof Shield nickels is certainly no exception. It showcases some of the finest examples known for each issue, as well as several coins, awarded the * designation by NGC for superior eye appeal.

The auction is now available for bidding and viewing online. For more information about the impressive Proof coinage featured in the sale, including the Slotkin Family Trust Collection of Proof Shield nickels, please contact Stack’s Bowers Galleries at 800-566-2580 or .