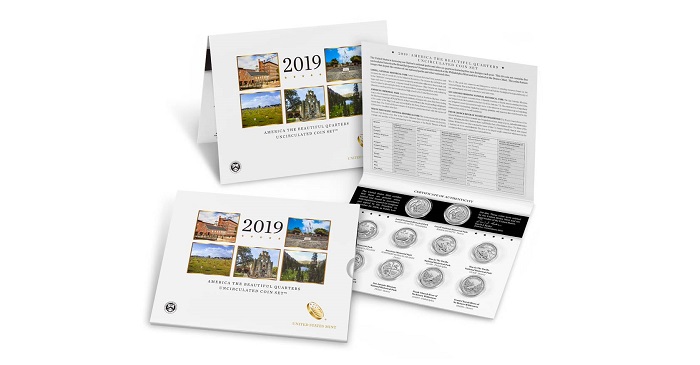 Today, at noon, the United States Mint released the 2019 America the Beautiful Quarters Uncirculated Coin Set (19AA). The set contains 10 Uncirculated America the Beautiful quarters, five of which were minted at the Philadelphia Mint and five which were minted at the Denver Mint. Coins in the set honor the five locations of Lowell National Historical Park (Massachusetts), American Memorial Park (Northern Mariana Islands), War in the Pacific National Historical Park (Guam), San Antonio Missions National Historical Park (Texas), and Frank Church River of No Return Wilderness (Idaho). Each coin possesses a reeded edge and bears either the “P” or “D” mint mark of the Philadelphia or Denver mints, respectively. There are no mintage, product, or household order limits, and the set is currently priced at $13.95 on the Mint’s website. 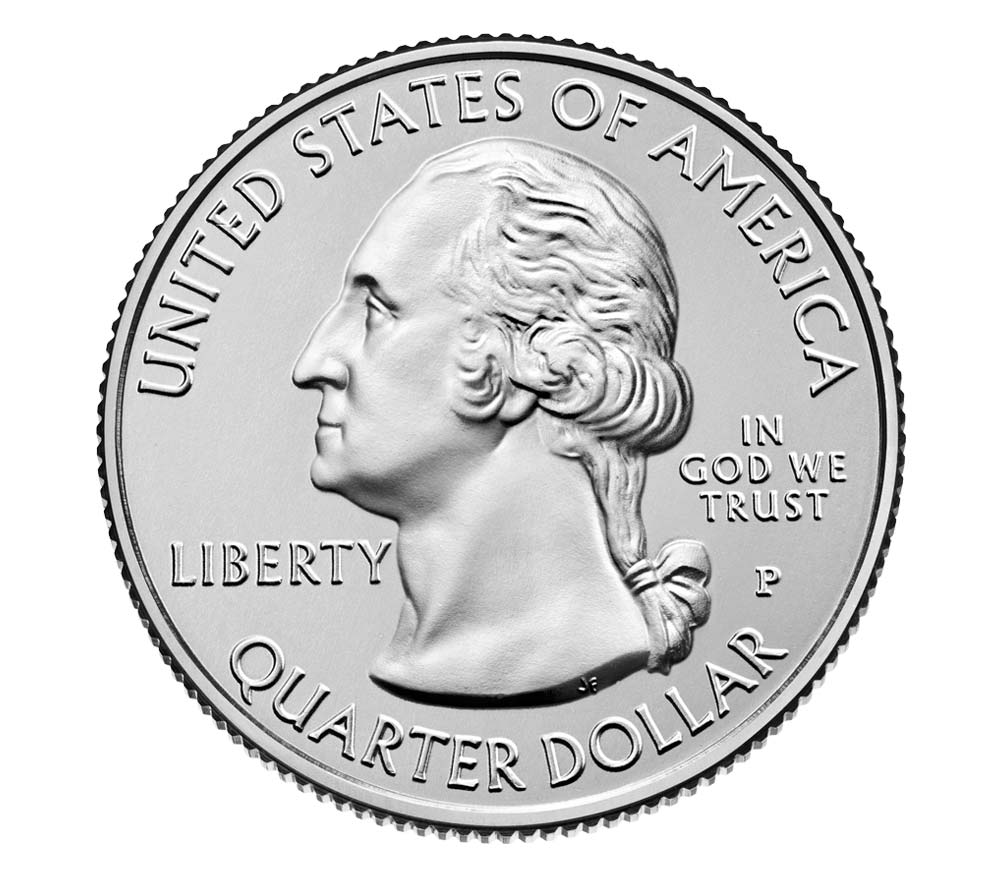 Each coin in the set shares a common obverse, which is the 1932 restored portrait of George Washington by John Flanagan. 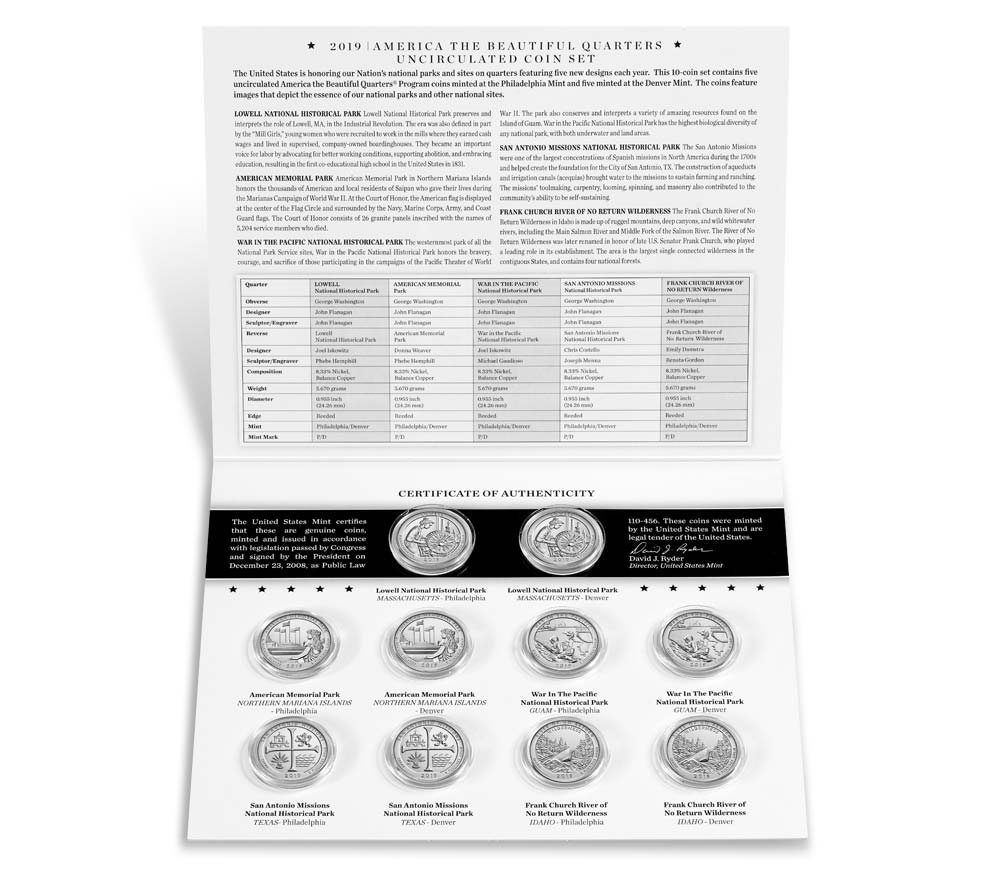 The reverse of each of the coins depicts one of the five national sites featured on 2019’s America the Beautiful quarters. 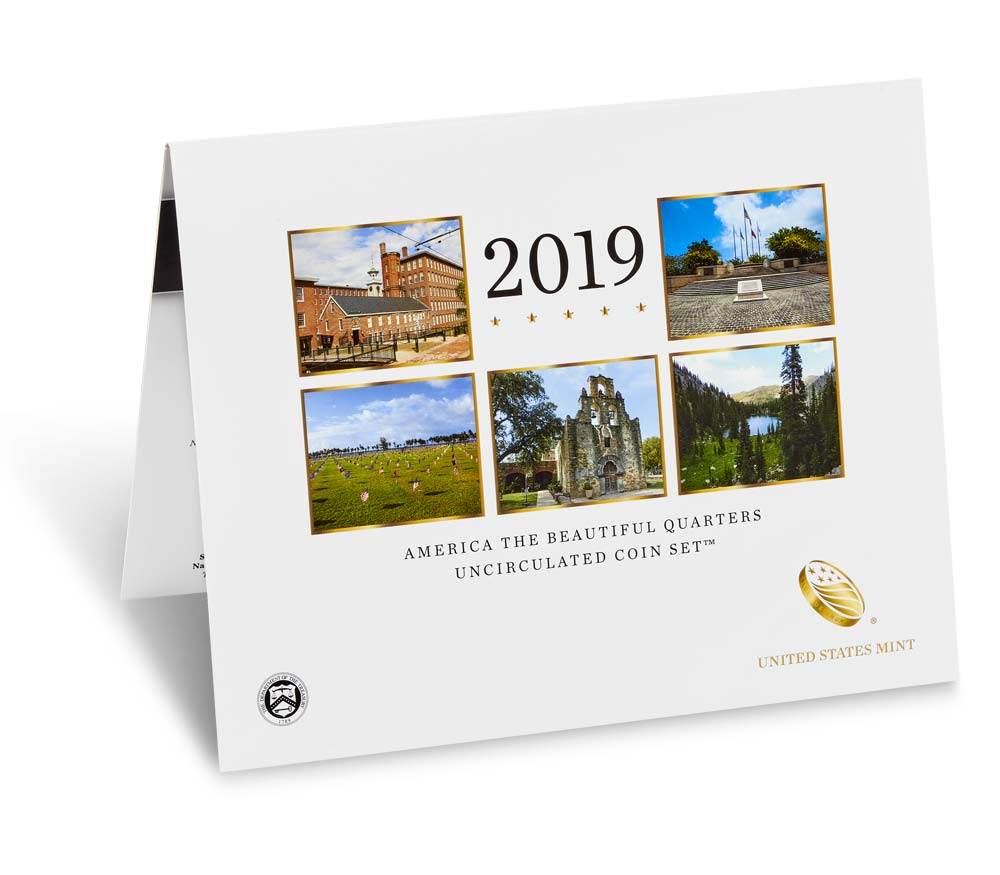 For more information about the 2019 America the Beautiful Quarters Uncirculated Coin Set, please visit the website of the United States Mint.