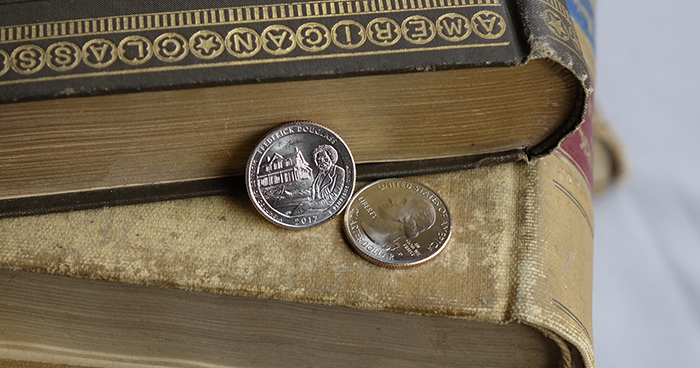 The coin’s reverse design depicts Frederick Douglass seated at a writing desk with his home in Washington, DC, in the background. Inscriptions are FREDERICK DOUGLASS, DISTRICT OF COLUMBIA, 2017, and E PLURIBUS UNUM. The coin was designed by Thomas Hipschen, Mint Artistic Infusion Program artist. 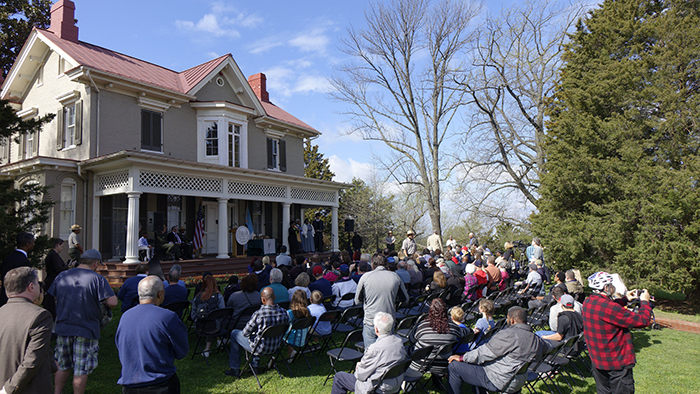 A crowd of about 300 people witnesses the ceremonial launch of the Frederick Douglass National Historic Site quarter in Washington, DC, April 4, 2017. The coin is the 37th release in the Mint’s America the Beautiful Quarters Program. (U.S. Mint photo by Jill Westeyn) 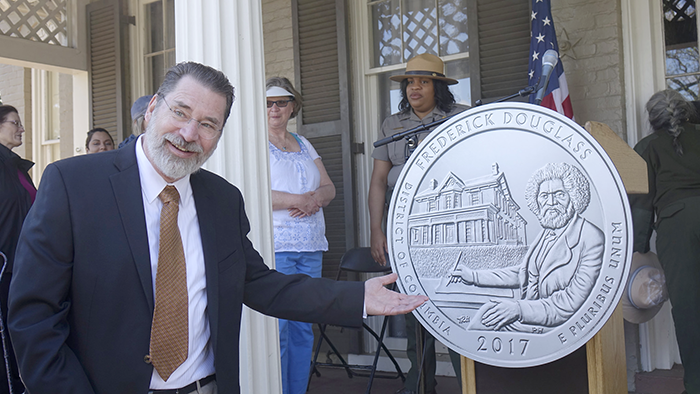 “Even at a young age, Frederick Douglass realized the value of literacy and the power of knowledge,” said David Motl, acting principal deputy director at the Mint. “This new coin honors one of the most influential African-American leaders of the 19th century, whose brilliant words will continue to inspire us for generations to come. My favorite among the many great quotes of Frederick Douglass is:

Man’s greatness consists in his ability to do
and the proper application of his powers
to things needed to be done. 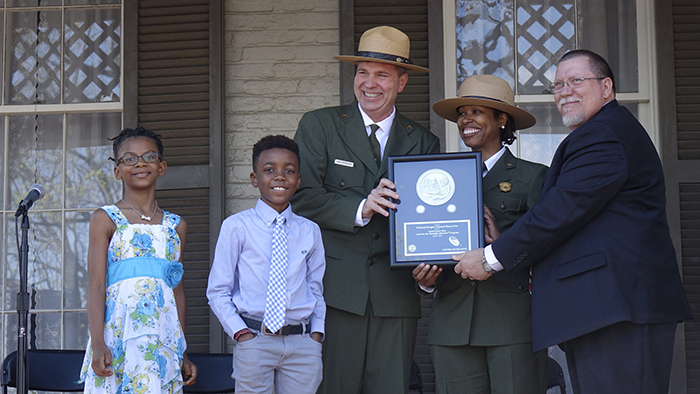 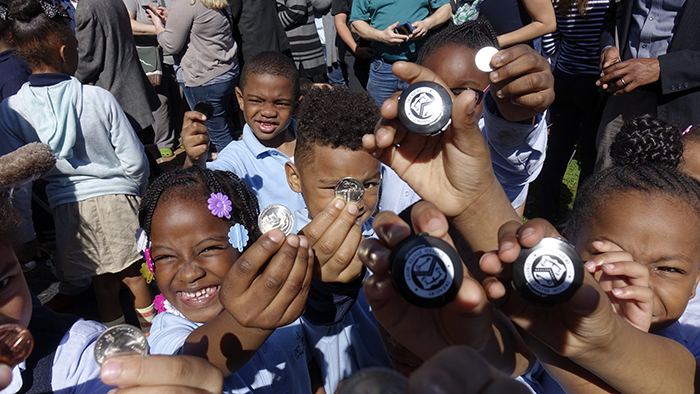 Authorized by Public Law 110-456, the America the Beautiful Quarters Program is a 12-year initiative to honor 56 national parks and other national sites. Each year through 2020, the public will see five new national sites depicted on the reverses of the ATB quarters issued in the order in which the sites were first established. The Tuskegee Airman National Historic Site coin will complete the program when released in 2021.   ❑