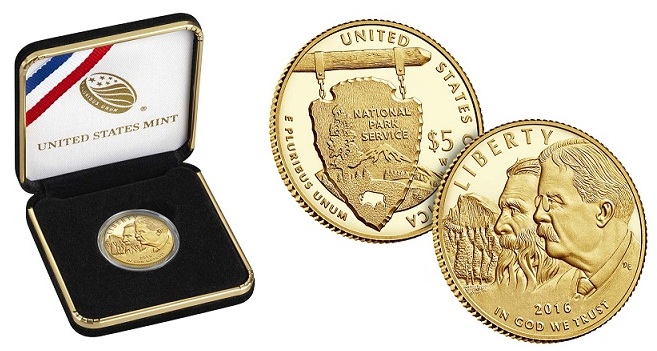 The U.S. Mint has announced that it will highlight tomorrow’s launch of the 2016 National Park Service 100 Anniversary Commemorative Coins by opening sales of the issues at the Lincoln Memorial on the National Mall in Washington, D.C. The Mint’s Principal Deputy Director Rhett Jeppson will join National Park Foundation President Will Shafroth and N.P.S. Deputy Director Peggy O’Dell as hosts of the event, which will take place from noon until 1 p.m. ET.

Collectors will be able to choose between Proof and Uncirculated versions of a $5 gold coin, a silver dollar, and a clad half dollar, each with unique designs. A three-piece set containing Proof versions of each coin will also be available for $466.45 and has a mintage limit of 15,000 sets.

For more information on the National Park Service Commemorative Coins, please visit the U.S. Mint’s Web site. You can read the Mint’s press release regarding tomorrow’s launch below.