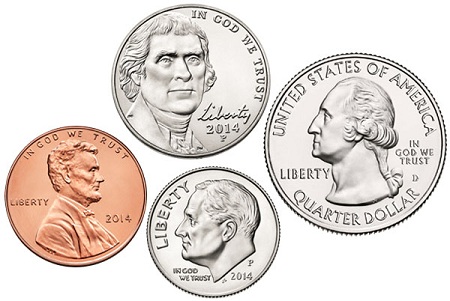 A U.S. Mint program allowing the public to be reimbursed for bent or partial coins will be suspended for six months beginning November 2. The Mint will use the time to assess the potential for fraud in the program, while developing new security measures.

A release posted to the Federal Register mentions only bent and partial coins, but U.S. Mint officials have confirmed that the whole of their mutilated coin program will be suspended, including cases pertaining to coins that have been melted together or merely corroded. A similar exchange program for paper currency, overseen by the Bureau of Engraving and Printing, will continue as normal.

The Mint’s notice also points out that “the redemption of uncurrent coins, as defined by 31 CFR 100.10, is unaffected by this suspension. Uncurrent coins may still be redeemed by Federal Reserve banks and branches in accordance with the criteria and procedures set forth in 31 CFR 100.10.” “Uncurrent” coins are defined by the Mint as those which are “merely worn or reduced in weight by natural abrasion yet are readily and clearly recognizable and machine countable.”

The Mint has not named particular incidents that have led to the suspension, but a related episode was recounted in an NJ.com article from March, which detailed a 5.4 million dollar plot to defraud the Mint on the part of U.S.-based metal recyclers using counterfeit coins from China.

According to Bangor Daily News, the U.S. Treasury receives over 30,000 mutilated currency claims per year, redeeming more than $30 million annually.