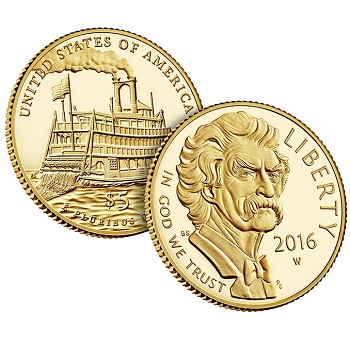 The value of an ounce of gold has climbed roughly $100 in the past month, prompting the U.S. Mint to raise the prices of its gold coins for the second time in less than three weeks. Prices for the U.S. Mint’s gold coins are adjusted in accordance with the metal’s fluctuating market value, which is currently listed as $1,190.00 an ounce by the London Bullion Market Association.

The chart below includes prices for categories of gold collector coins on offer at the U.S. Mint. The first column lists each coin, the second and third columns display previous pricing, and the last column presents the current costs of the items. Several of these coins, such as the 2015 Gold Buffalo and the 2015 American Eagle 1 oz. Gold Uncirculated Coin, are listed as Currently Unavailable on the Mint’s Web page at the time of this writing.

The U.S. Mint’s pricing structure for products composed of precious metals can be viewed here. For more information on the Mint’s gold collector coins, please visit its Web site.