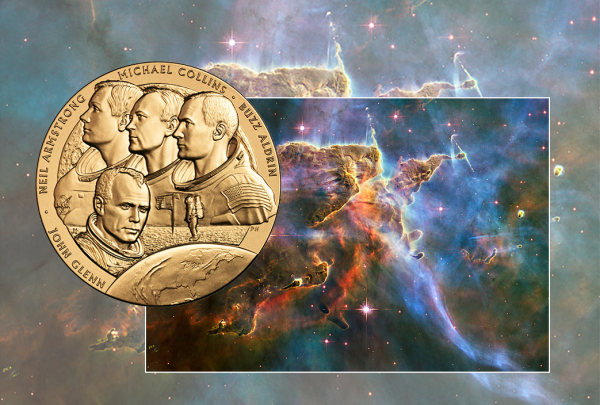 Amid the various U.S. Mint releases spread across the last quarter of the year—not to mention the general circus of election season—one could easily miss the fact that this is World Space Week. The United Nations declared October 4–10 to be Space Week in December 1999. From now through next Monday, events around the world are celebrating “the benefits of space and excitement about space exploration.” (Click here for event highlights.)

None of this might seem relevant to coin collecting, but the U.S. Mint has provided a guide to “its long connection to the space program” in connection with the week’s events. Coins have always played oversized roles in the societies they come from—cementing national identity, providing date-stamps for historical events, and passing from hand to hand as currency. And since they’re also small and extremely durable, it’s natural that they have often been chosen for take-alongs. In 1999, twelve Sacagawea $1 coins rode on the space shuttle Columbia, and in 2012, a 1909 cent traveled to Mars with the rover Curiosity. At the moment, two quarter dollars from the 50 State Quarters Program are hurtling some 520 million kilometers beyond Pluto aboard the New Horizons spacecraft. 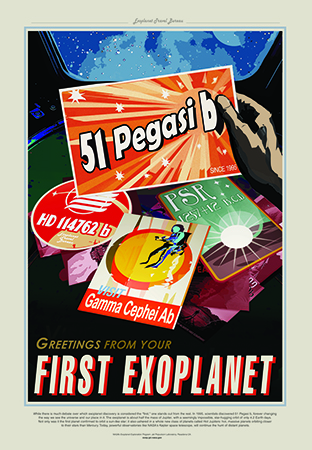 America’s accomplishments in space travel have been honored on coins and medals since the 1970s. The Mint lists the 1971 reverse of the circulating Eisenhower dollar, which featured an eagle on the moon; the 1992 commemoratives in the Christopher Columbus series, with a space shuttle on the reverse; the 2002 Ohio statehood quarter, with an astronaut on the reverse; and the 2011 New Frontier Congressional Gold Medal, which honored the 40th anniversary of the Apollo 11 space flight. Both houses of Congress are considering proposals for the Apollo 11 50th Anniversary Commemorative Coin Act, which in 2019 would celebrate the 50th anniversary of the moon landing.

World coinage offers scores of other opportunities to bring home a bit of the universe in your pocket. A simple Google Image search brings up more commemorative coins, collector coins, tokens, medals, and other items than we could even begin to list. World Space Week may be just the opportunity you were looking for to get a youngster interested in coins—or a chance to indulge your own flights of fancy.

Bonus: NASA’s Jet Propulsion Laboratory has released a series of “travel posters” depicting a future where commercial space travel is commonplace. (An example is shown at left.) The WPA-era designs are available for download in high resolution here.