Washington — The United States Mint announced today that it has released the first-ever circulating coins with West Point mint marks. Throughout the remainder of the year, two million each of the scheduled 2019 America the Beautiful Quarters will be minted at West Point. The first of these coins bearing “W” mint marks were mixed in with quarters produced at Philadelphia and Denver and shipped on April 1. As with all circulating coins, the “W” mint mark quarters will be distributed to banks and financial institutions by the Federal Reserve. The coins will likely begin to appear in circulation within four to six weeks.

The announcement of the “W” mint mark quarters coincides with the 227th anniversary of the United States Mint on April 2 and kicks off a program designed to spark a renewed interest in coin collecting. The release also ties in with the American Numismatic Association’s National Coin Week (April 21-27) and parallels a separate initiative that organizers have dubbed “the Great American Coin Hunt.” The coin hunt is a hobby-promoting event sponsored by participating coin dealers across the nation, who have publicly announced plans to place some of their own collectible coins into circulation by using them in commercial transactions during National Coin Week.

“We want to encourage Americans to consider coin collecting by making the ‘W’ mint mark quarters only available in general circulation,” said United States Mint Director David Ryder. “We’re fortunate to be able to feature the ‘W’ mint mark quarters at the same time dealers around the nation are mounting a similar effort to celebrate and promote the hobby of numismatics.”

This is an exciting announcement from the United States Mint. This year’s National Coin Week is gearing up to be the most popular ever, thanks to the Mint and the Great American Coin Hunt. The idea of ‘circulating treasures’—truly scarce and unusual coins that every American has a chance to find in their pocket change—is something the Citizens Coinage Advisory Committee has recommended for some time. I’ve heard from many collectors who have daydreamed of the same thing. Older hobbyists think back to the 1950s, when you could still find Buffalo nickels and even the occasional Barber silver coin in change. Then, with the value of silver skyrocketing, in the mid- to late 1960s there was the great rush to find the last of America’s circulating silver coins and pull them out of day-to-day commerce for a profit. Today collectors complain that you almost never find silver dimes, or even common Wheat cents, in your pocket change. The new West Point quarters change the scenario completely. I assume that each of the five 2019 quarter designs will have about two million West Point coins. If that’s the case, you have to go back to the 1937-S quarter to find the same low level of mintage. Those coins sell from $30 to more than $100 in circulated grades, and for $100 or more in Uncirculated. Some Standing Liberty quarters of the teens and 1920s also had mintages hovering around two million. Those are worth $8 or more even in the most worn condition, and hundreds of dollars in Uncirculated. Today a new era of popular coin-hunting begins. The search is on for America’s freshest rare coins. 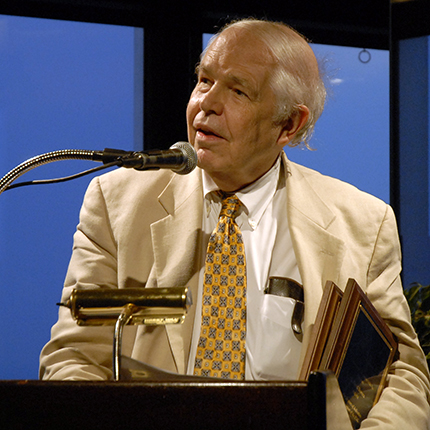 It will make treasure-hunting for coins in circulation a national challenge. Along the way, the program should inspire many people to collect Statehood and America the Beautiful coins as well. I hope that the bags find their way to many different banks so that they will be distributed widely. I can also imagine bank tellers joining in the chase and intercepting many before they go into the hands of the general public. I will guess that they will have a market value between $5 and $20 and that some of the first found and certified will sell for far more, after which the prices of those particular pieces will fall back to the level of others.

While I have the microphone, another real-life treasure hunt is for 2000-P Sacagawea dollars put in Cheerios boxes and later found to have a tail feather design that was changed before the coins went into mass production. Many have sold for $5,000 to $10,000. In recent times, bank rolls of Sacagawea dollars have revealed over 100 more being found—coins that were turned in by those who had Cheerios for breakfast. Today a typical Mint State coin is worth several thousand dollars.

The America the Beautiful Quarters to be released in 2019 will honor Lowell National Historic Park (Massachusetts), American Memorial Park (Commonwealth of the Northern Marianas Islands), War in the Pacific National Historic Park (Guam), San Antonio Mission National Historical Park (Texas), and the Frank Church River of No Return Wilderness (Idaho). Beyond the 10 million “W” mint mark quarters, the Mint will produce additional coins as usual at the Philadelphia and Denver Mint facilities to meet the demands of commerce.

The Mint last year produced 1.85 billion quarters for circulation, ranging from 289.6 million to 439.8 million across the five 2018 issues. To learn more about the “W” mint mark quarter, please visit the U.S. Mint website.

The United States Mint was created by Congress in 1792 and became part of the Department of the Treasury in 1873. It is the Nation’s sole manufacturer of legal tender coinage and is responsible for producing circulating coinage for the Nation to conduct its trade and commerce. The United States Mint also produces numismatic products, including Proof, Uncirculated, and commemorative coins; Congressional Gold Medals; and silver and gold bullion coins. Its numismatic programs are self-sustaining and operate at no cost to taxpayers.