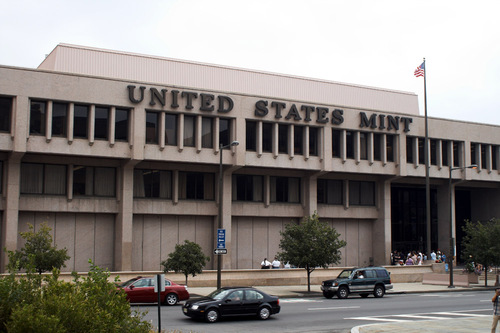 Back in May, the U.S. Mint announced that in order to meet the needs of a growing economy the Philadelphia and Denver Mints would add a third production shift to their daily operations, aimed at increasing the manufacture of new circulating coins. In order to staff these new shifts, the mints said that together they expected to hire over 80 new employees. Out of this hiring push came an opportunity for the U.S. Mint to collaborate with the Center for Women Veterans to benefit our nation’s former service members.

According to a joint press release issued by Rhett Jeppson, Principal Deputy Director of the U.S. Mint, and Elisa Basnight, Director of the Center for Women Veterans at the Department of Veterans Affairs, the Mint hoped to hire “quality, committed, disciplined, and dedicated people” to work as metal forming machine operators, materials handlers, tools and parts attendants, and coin manufacturers. Ex-service members were an ideal fit for these positions, because “the qualities the Mint was looking for are those that our veterans embody.”

Although the program focused on female veterans, outreach efforts included male veterans as well. In late May, the Mint held a career fair in Philadelphia that attracted twenty veterans, seven of whom—four women and three men—were eventually offered positions. In June, the Denver career fair brought in thirty-eight veterans; eight of those, including seven women, went on to receive job offers.

You can learn more about the U.S. Mint’s ongoing collaboration with the Center for Women Veterans here. The U.S. Mint reports that a total of 7.3 billion circulating coins have been struck by the Philadelphia and Denver Mints so far in 2015.