Santa Ana, California — The Stack’s Bowers Galleries Official Auction of the March 2018 Whitman Coin & Collectibles Expo was one of the most dynamic and impressive Baltimore sales in recent memory. The entire event realized a total over $24.6 million, including $14.2 million in U.S. coins sold across six sessions. The significant offering of fresh and premium quality material is reflective of the Baltimore Expo auctions, which are held by Stack’s Bowers Galleries three times per year. All prices realized to follow include the 20% buyer’s premium. 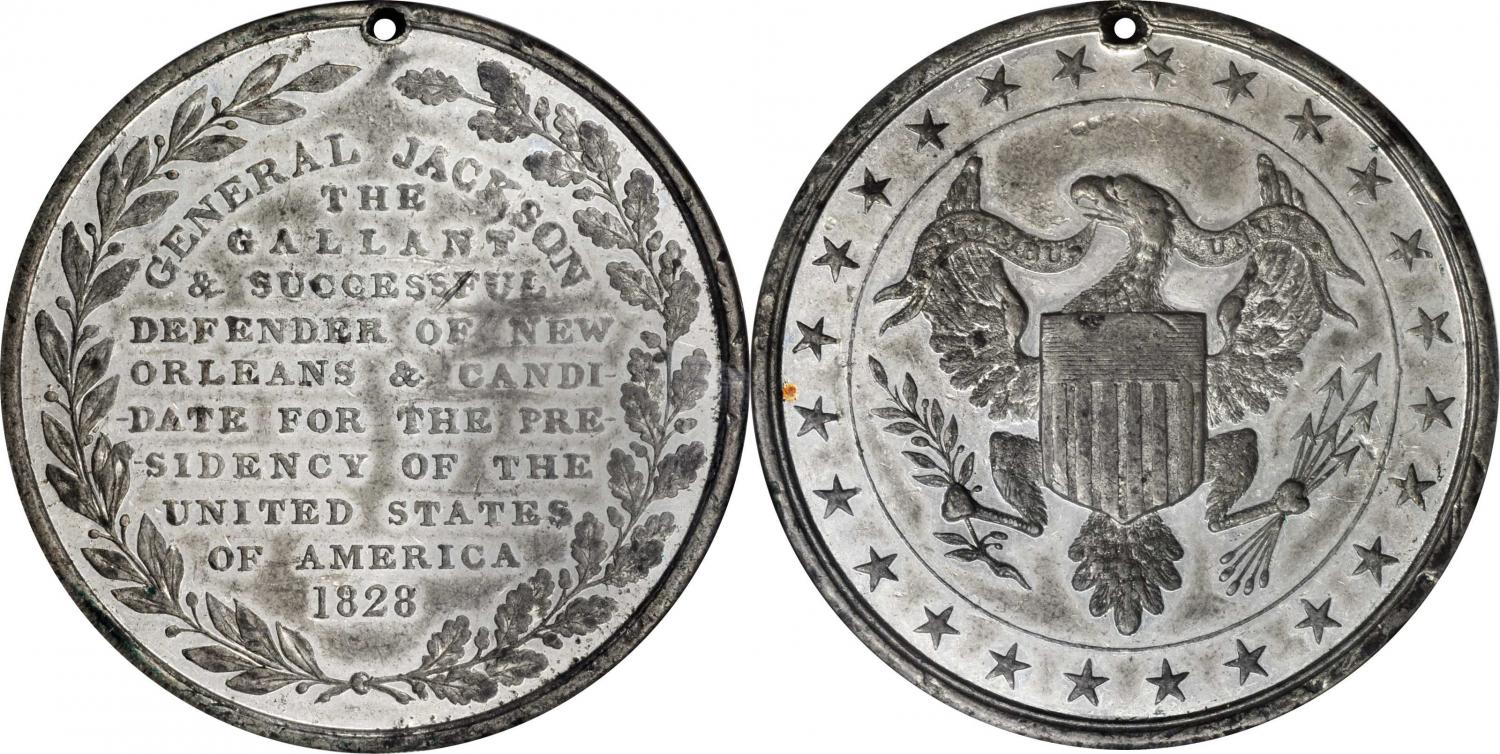 Session 1 featured an impressive offering of Numismatic Americana highlighted by the Brian Dobbins Collection of Political Tokens. This collection was assembled in consultation with John J. Ford, Jr. and featured an expansive selection of rare pieces from the campaigns and movements of the 18th and 19th centuries. Two rare Andrew Jackson issues in lots 11 and 13 sold for $2,880 and $3,120 respectively. A lovely Mint State 1848 Zachary Taylor medal from the Brand Collection brought $2,400 in lot 119. The issues featuring Abraham Lincoln garnered the most attention, with the prized Gem 1860 Rail Splitter medal in bronze realizing $7,800 in lot 176 and a pair of bronze 1860 Lincoln-Hamlin medals in lots 189 and 190 each selling for $2,880. Beyond the Dobbins cabinet, Session 1 also offered a marvelous selection of token and medal rarities, including a magnificent 1892-1893 Columbian Expo Award Medal by Saint-Gaudens in lot 516 that depicted the original, but rejected, reverse design. This massive and unique treasure brought $45,600. An impressive selection of Indian Peace medals was highlighted by an 1825 John Quincy Adams example in silver that brought $19,200 in lot 523 and an extremely rare pewter 1843 Washington Fur Trade medal that realized $43,200 in lot 524. In lot 672, an MS-64 1863 Jack’s Chestnut Exchange copper-nickel token with a Rarity-10 rating sold for $9,000.

Session 2 introduced the incredible A.J. Vanderbilt Collection, assembled by one of Stack’s earliest clients beginning in 1936 and continuing up through the collector’s recent passing at the age of 96. The core of the U.S. coins portion of the collection focused on 25 specific years for which the collector sought out fabulous representatives of every issue struck. Other related accomplishments included a set of classic commemoratives in gold and silver and Proof type sets in gold, silver, and copper. As these coins were collected over a lifetime, many have been off the market for decades, appearing for the first time in generations at the Stack’s Bowers Galleries sale. The MS-63 1874-CC dime offered in lot 10103 represents one of the most significant rarities in the entire Liberty Seated series. The offered example is tied for the finest known and went on to earn $108,000. The same lofty price was realized by the gorgeous MS-62 1795 Draped Bust silver dollar offered in lot 10251, which had last been sold in Paramount’s ANA Sale of August 1967. A pair of exceptional MS-62 1795 half eagles earned some of the highest prices of the session, with a Small Eagle example garnering $132,000 in lot 10325, followed by the Rarity-5+ Heraldic Eagle example which brought $180,000 in lot 10326. Lot 10364 featured a lovely 1795 Capped Bust Right eagle certified MS-62 that sold for $144,000. The session was brought to a strong close by a pair of Panama-Pacific Exposition $50 slugs, each certified MS-64. The Round example was encapsulated and realized $120,000 in lot 10576, while the Octagonal example was in a holder and brought $96,000 in lot 10577. 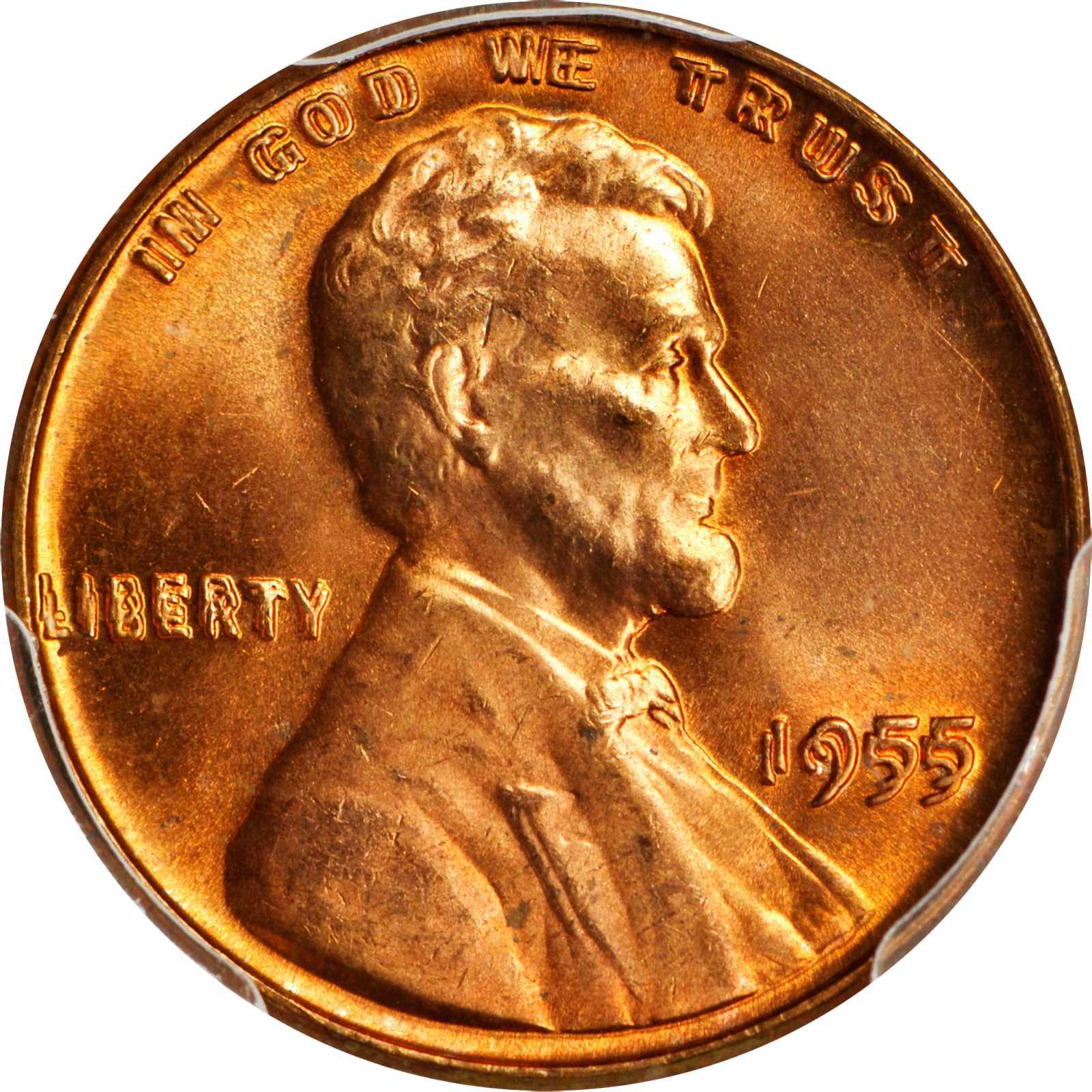 Session 3 comprised the Rarities Night portion of the sale, featuring the ESM Collection of Lincoln Cents with Major Varieties, the all-time finest set on the PCGS Set Registry. The ESM Collection was a true treat for specialists, featuring all of the famous varieties of the series and many price records were set. A stunning Gem Red example of the iconic 1955 Doubled Die Obverse was offered in lot 2140 and brought $114,000. That was quickly followed by the star of the collection, the MS-64 RD 1958 Doubled Die Obverse in lot 2146. As one of just three examples known and the first offered at public auction, it brought an astounding $336,000. This great rarity was quickly followed by another elusive variety in lot 2148, where the MS-64 RD 1969-S Doubled Die Obverse sold for $126,000. 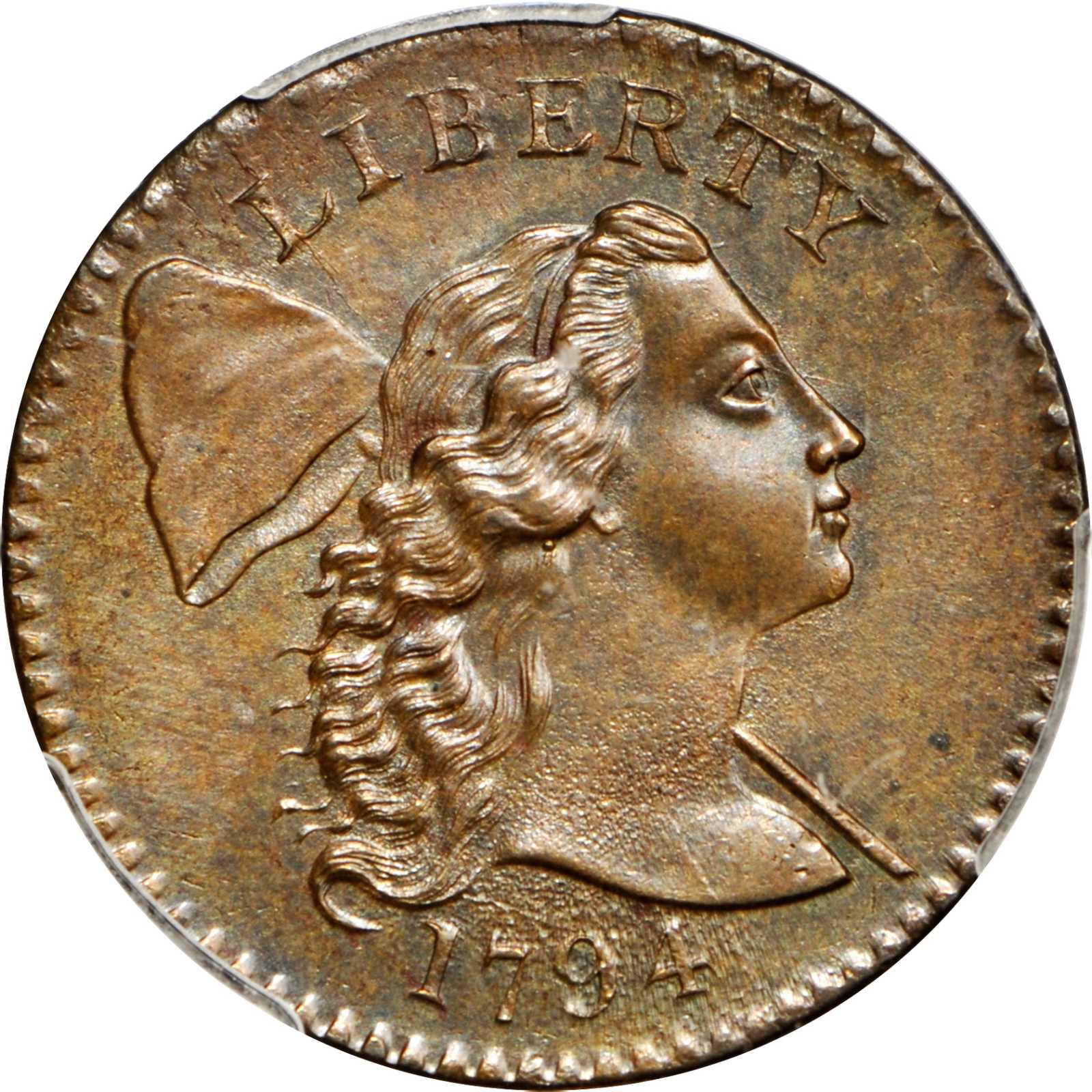 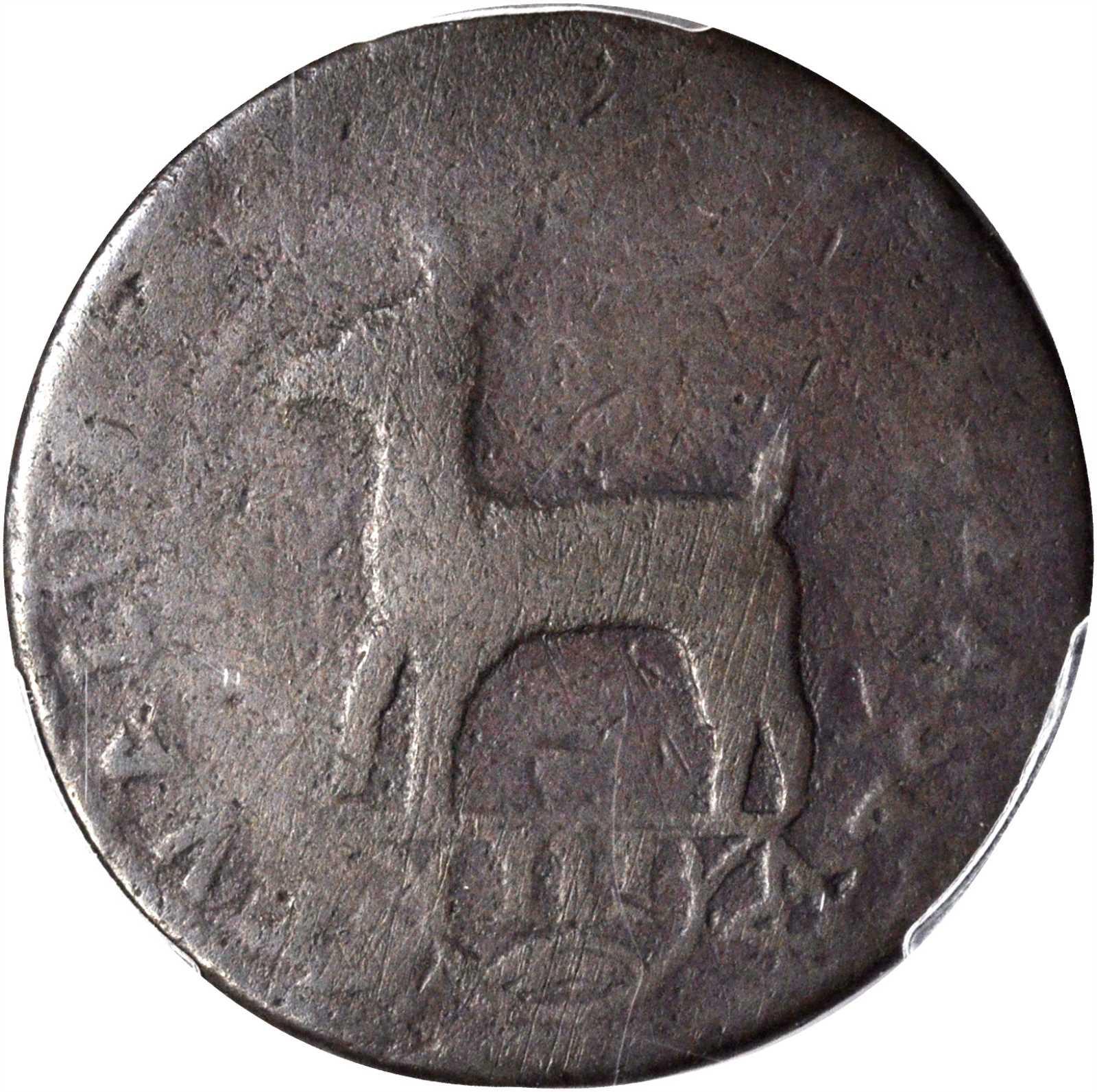 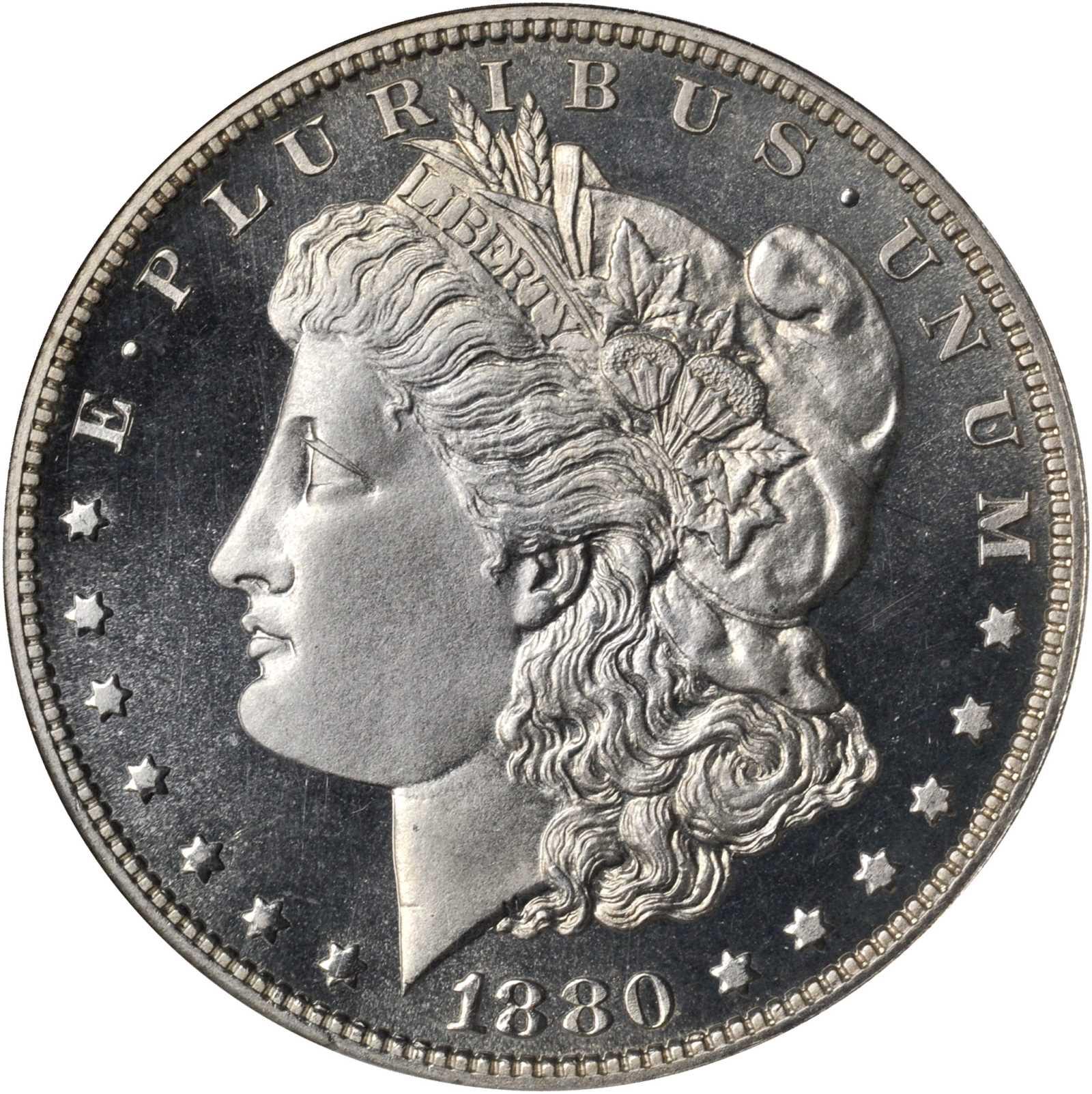 
Stack’s Bowers Galleries’ March 2018 Baltimore Auction was overwhelmingly successful across virtually all areas of the market, reaffirming the demand for fresh and premium quality material among today’s collectors. The firm is already looking ahead to June when they will return to Maryland for the Official Auction of the Whitman Coin & Collectibles Summer Expo. To consign your collection to the upcoming June auction, contact a Stack’s Bowers Galleries representative at 800-458-4646 or .