By the time the state quarter program debuted in 1999, many Americans – coin collectors and non-collectors alike – had grown tired of the static designs used on U.S. coins in the preceding decades. I recall reading many articles about how dull and uninspired modern U.S. coin designs were. Some argued that depicting former presidents was fine, but the profiles needed a facelift to bring them into the modern era. 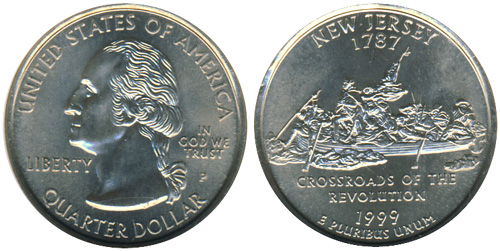 State quarters were designed to address some of those concerns by using designs that evoked Americans’ pride in their home state and also sought to attract new collectors to numismatics. It certainly accomplished the latter since it has been estimated that as much as one third of the U.S. population collected them. Many people got hooked on coins through the state quarters and became either casual or more serious collectors.

From an artistic point of view, though, most state quarter designs were viewed as generally lacking by collectors, although the average person found them to be appealing. And after a ten-year state quarter program followed by a year of territory quarters and then a new eleven-year program beginning in 2010 that honors the nation’s national parks, the America the Beautiful series, the saturation point in new coin designs has been reached for many people. 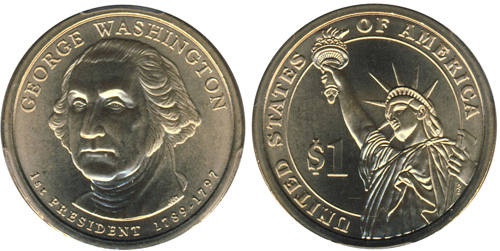 The presidential coin series that started in 2007 only added insult to injury. The concept of a series depicting every deceased U.S. president has its merits. But to be implemented, such a series requires images of the highest artistic caliber and perhaps less use of computer graphics. It also requires an effective system of distribution because the whole point is to build a set from change or by going to the bank. The current series essentially failed on both of these fronts, and Americans remain reluctant to use it for commerce.

Many people said they would never collect the America the Beautiful quarters.  Others wanted to, but they have had a lot of trouble locating the new quarters. No one seems to know exactly why they are so hard to find except through coin dealers and U.S. Mint numismatic sales. But it appears to be some combination of poor distribution by the Federal Reserve, reduced demand for coinage because of the economic climate, and the increasing tendency to use non-cash forms of payment. Many people saved their state quarters, but it is not clear how many are saving the parks quarters since they are so much less available.

The parks quarters could have been, and may ultimately be, more effective than either the state quarters or the presidential dollars at least aesthetically. The designs from the first two years are all appealing in their own way in my view, and few previous coins depicted state parks. The main criticism one can make regarding the designs is that over time there will be too many that look alike.  It simply will not do to keep depicting trees and animals.

2009 marked the high point of the changing reverse concept. We seemed to have gone from one extreme to another. After decades of virtually no change other than commemorative issues for collectors, there were more coins with updated obverses and changing reverses than there were coins with static or stable images. There were the 2009 commemorative pennies, the Westward Journey nickels, and the Native American dollar plus all the recent collector series with changing designs. It was enough to make some collectors get a little dizzy. 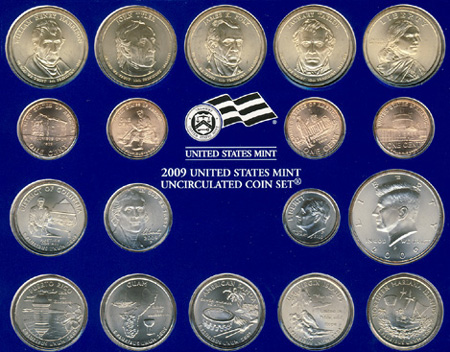 Coin Update editor and founder Michael Zielinski made this argument in a May 2009 New York Times op-ed, “Change We Don’t Need (http://www.nytimes.com/2009/05/21/opinion/21Zeilinski.html).”  He explained that too many changes in coin designs were creating “coin fatigue” and suggested that the classic image of Liberty be updated for the modern era and used for decades on our coins.

While I agree that the park quarter series is “too much of a good thing,” I believe that there are some important distinctions to be made here and that if not overdone, coins with rotating reverse designs have substantial appeal to collectors.

First, Congress should not have mandated a second changing reverse quarter program that would last eleven years immediately after another eleven year program, especially while also issuing presidential dollars. And to also issue a five-ounce silver version of the quarters in both bullion and collectible formats was overkill to be sure. I think the five-ounce coins were on balance a good idea, as I have argued before (http://news.coinupdate.com/collecting-america-the-beautiful-ounce-silver-coins-numismatic-vs-bullion-versions-0811/), although their long-term future is unclear because of rising silver prices and uncertain demand. But Congress probably should only have mandated the silver coins, not the quarters, or vice versa.

The Lincoln commemorative designs of 2009 were a one-year only series that attracted a lot of collector interest. To commemorate the 200th anniversary of Lincoln’s birth with four special pennies in 2009 was a fitting tribute to the man who is perhaps our most beloved president. The new Lincoln penny reverse that began in 2010 has had some critics, but I believe that it was time for an updated reverse design.

The Native American dollars that replaced the Sacagawea dollars also use a changing reverse. I find the changing reverse to be very appealing on these coins and feel that they increase interest in the series. They also have pedagogic value because they encourage learning more about a poorly understood part of the American experience. 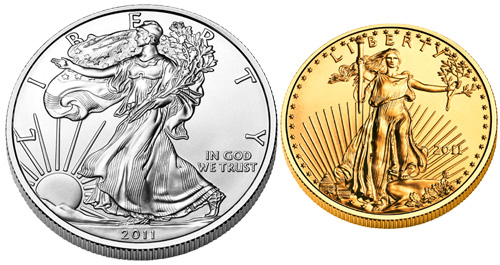 Many people are strongly wedded to the two most popular bullion and collector coin designs, those of the American Gold and Silver Eagles. Each has an obverse that updates one of the most beloved and inspired coin designs of all time, the St. Gaudens double eagle and the Walking Liberty half dollar. But both designs have been used for 25 years, and I believe it was very appropriate to issue collector versions of American Platinum Eagles with changing designs since 1998 as a complement to the stable designs of the gold and silver coins.

In 2009 one could make the case, as Mr. Zielinski did, that changing designs were being overused, and I favor updating the classic image of Liberty on our coins. But I don’t think the same criticism is applicable today with the important exception of the overdone America the Beautiful coins.

And the presidential dollars need to be made in much smaller numbers and are currently on the congressional chopping block, as a number of pending bills seek to end or substantially modify the program.

Finally, it is my view that what bothers some people is less the rotating reverses or other changes in coin design and more the overall decline, or at least uneveness, in the level of artistic achievement of recent American coins.

There will always be a gulf between those who believe our coinage should remain the same and those who favor change in designs. Too much change does create the impression of an unstable mess, but at the same time, an unchanging approach, no matter how appealing the designs, would not work either. A balance has to be struck, and I for one would not want to return to the days of coin designs that never seem to change.

Louis Golino is a coin collector and numismatic writer. His articles have been published in Coin World, Numismatic News, and other publications. He also writes a regular column called “The Coin Analyst” for www.CoinWeek.com about U.S. and world coins and precious metals and has written widely about international politics for newspapers and web sites.