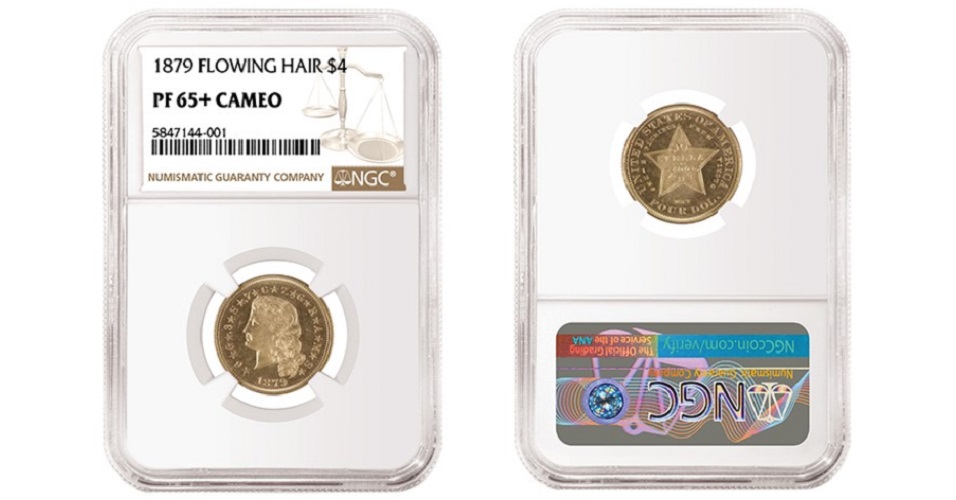 GreatCollections is showcasing two of the great gold rarities in U.S. numismatics: An 1879 Flowing Hair Stella and a 1915-S Panama-Pacific Round $50 commemorative. Certified by Numismatic Guaranty Company (NGC), each coin could realize over $100,000.

The 1879 Flowing Hair $4 Stella graded NGC PF-65+ Cameo is an example of an experimental coin that was meant to compete with foreign coinage used internationally. However, the Stellas never got off the ground, and their only legacy is the few hundred coins that were struck in 1879 and 1880. This coin has a starting bid of $230,000.

Meanwhile, another stunning offering is a 1915-S Panama Pacific Round $50 graded NGC MS-64. Just under 500 of the $50 round versions were distributed during the Panama-Pacific expo, making them rarer than the octagonal version that was sold concurrently. The expo held in San Francisco in 1915 celebrated the rebirth of that city after a devastating earthquake as well as the opening of the Panama Canal. The NGC Price Guide and recent sales suggest this coin is likely to realize over $100,000. 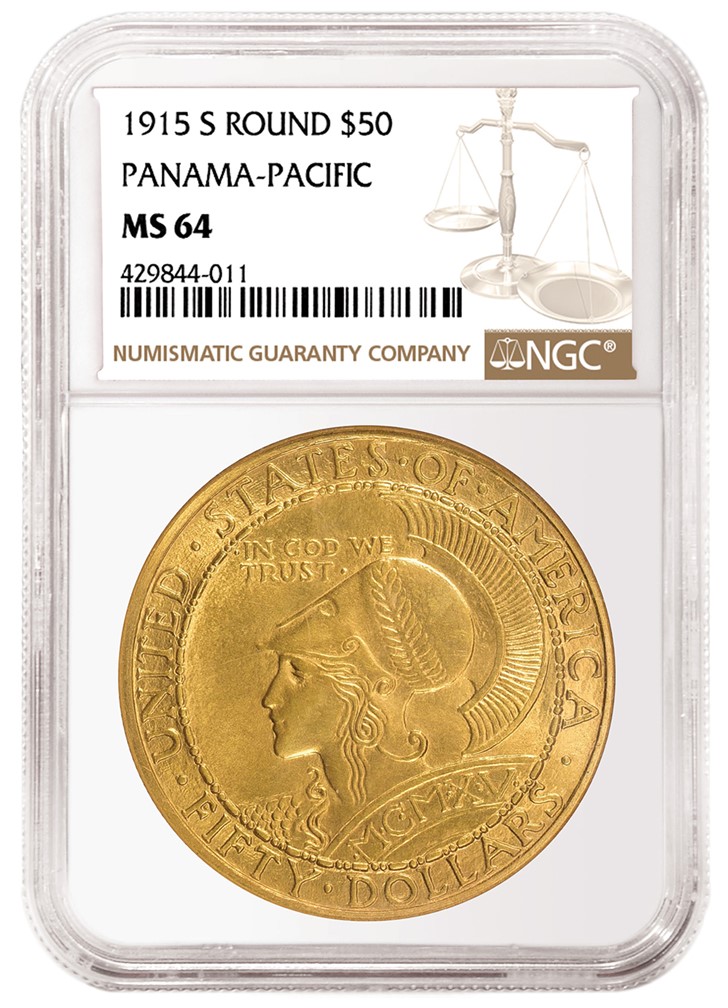 Staring prices are provided by the auction house.