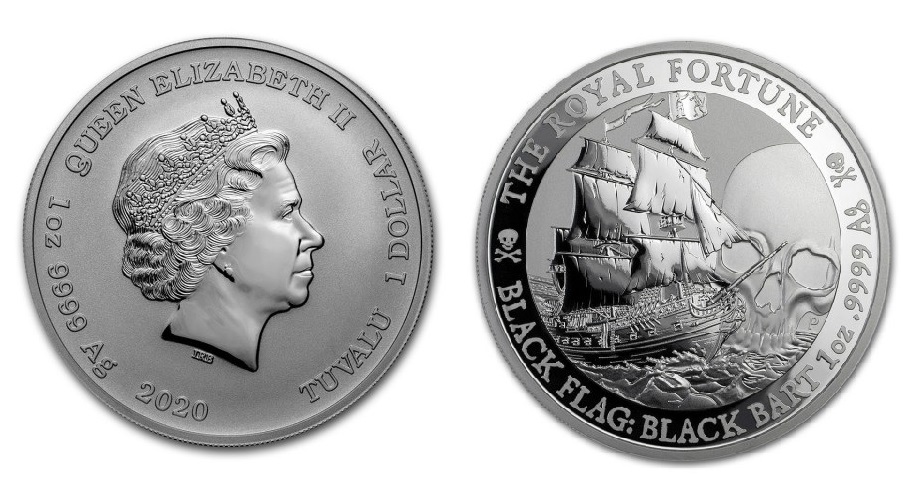 The government and treasury of Tuvalu have released the second gold and silver bullion quality coins in their ongoing series entitled “Black Flag,” which features some of history’s most notorious pirate ships to have sailed the seven seas. The first Black Flag release, dated “2019,” featured one of the world’s most notorious pirate ships, the Queen Anne’s Revenge, which was commanded by the infamous Blackbeard. The second in the series focuses on the ship, the Royal Fortune, captained by the infamous Bartholomew Roberts (1682–1722), otherwise known as “Black Bart,” who was indisputably the most successful pirate that the world ever knew. Born in South Wales, he was named John Roberts, and since his youth, he had been on many ships, preparing for marine life. Described as a tall and attractive man, he was fond of expensive clothes and jewellery, who, even during battle, would be seen wearing a crimson waistcoat with an expensive hat and a unique red feather. His path to notorious piracy began while serving on a British slave ship called the Princess as a third mate. However, he found himself forced into servitude when the ship was captured by Howell Davis, another pirate near the Guinea coast. These pirates forced Roberts to join the crew, and he soon realised that this trade was an ideal opportunity for him. During his years on the seas, it is believed Black Bart may have plundered up to 400 ships and galleons, and his lasting success was likely due to his boldness. This fearless leader terrorised every ship he encountered throughout the Caribbean Sea, which included many superior warships that most pirates would avoid at any cost. The most noteworthy of the ships he commanded was the Royal Fortune, which was captured in 1719 at the harbour of Newfoundland. Formerly a ship under the French flag, it was a fighting ship with 26 cannons and was a real powerhouse on the seas. This name continued to be used for any of the flagships Black Bart commanded during his years on the seas. 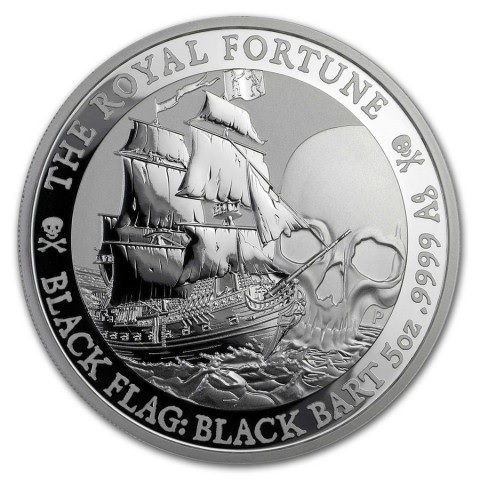 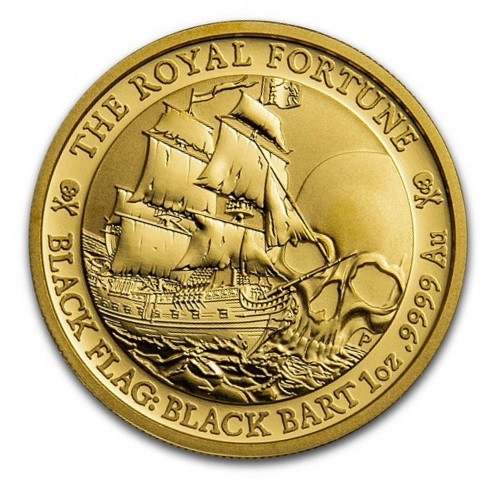 The Perth Mint produces the coins, one-ounce gold and one and five-ounce silver options, at their facilities in Western Australia, on behalf of the government and treasury of Tuvalu. The reverse side of the coins features the Royal Fortune sailing through a rough sea and proudly displaying the flag of Black Bart, an ominous skull design that can be seen looming next to the skip. It also includes the words THE ROYAL FORTUNE seen above the primary design and BLACK FLAG: BLACK BART placed below along the edge with the weight, fineness, and the Perth Mint’s traditional “P” mintmark. 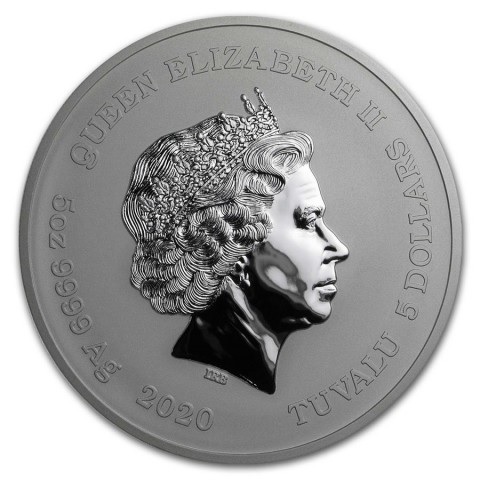 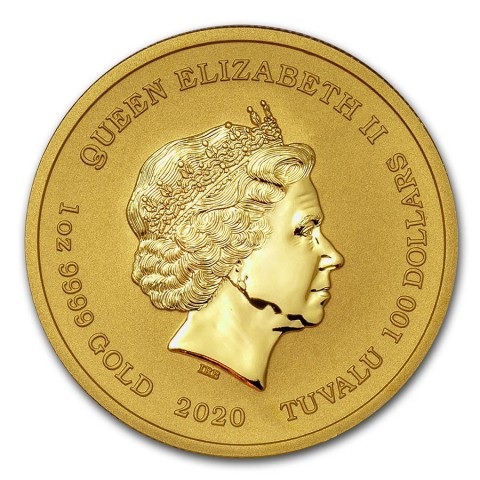 The obverse side includes the Ian Rank-Broadley effigy of HM Queen Elizabeth II, along with the monetary denomination, the coin’s weight, fineness, and the year 2020.

Each ounce coin may now be pre-ordered before the issue date. The coins are encapsulated and available either as a separate purchase or in volume. The five-ounce silver coins are also available separately, or in volume, please check for availability. For additional information, please visit the website of LPM Group Limited, Hong Kong.