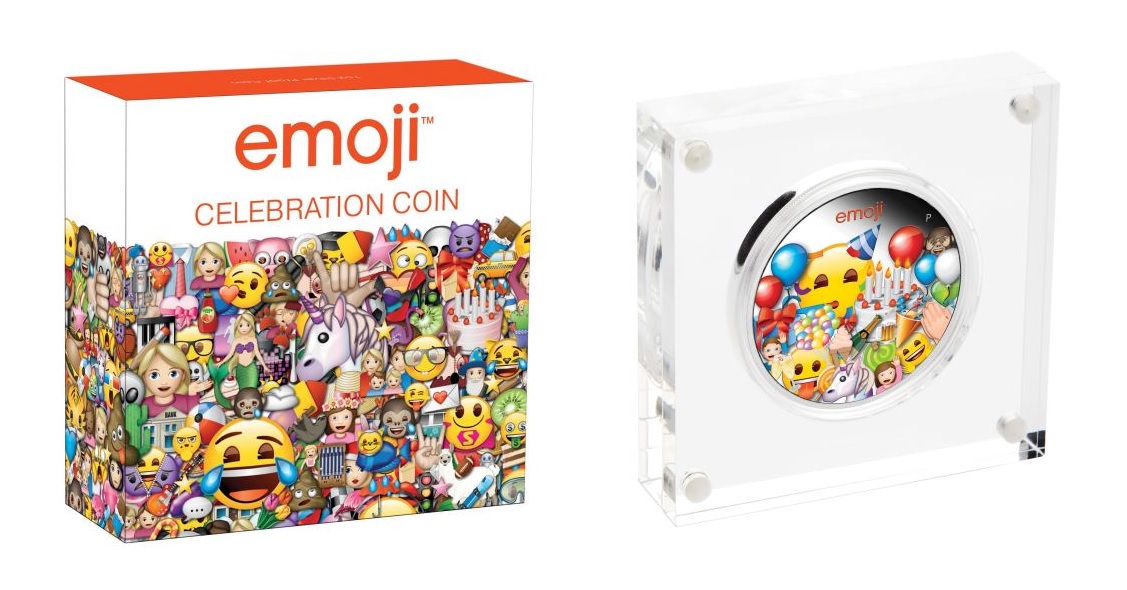 The Treasury of Tuvalu has released (17th July) new silver Proof and colour coins in salute to the emoji. The colourful coins are launched on World Emoji Day, an unofficial holiday celebrated on the 17th July and for emoji enthusiasts, the day is deemed a “global celebration of emoji,” which was first organised in 2014 by Jeremy Burge, the London-based founder of Emojipedia. The popular little icons used in everyday e-mails and text messages have, in a real sense, become their own language. Emerging from early e-mail correspondences, these ideograms and smileys referred to as emoticons, used in electronic messages and web pages, came from putting together combinations of keyboard punctuation characters to denote various emotions and feelings, usually ones of positivity. The combination, for instance, of the colon “:” and the right parenthesis “),” was adopted as expressing a smile and often included in sentences. Emoticons are attributed to Scott Fahlman, a computer scientist and professor emeritus at Carnegie Mellon University, who included a series of punctuation marks in his programming in 1982. However, this form of communication is also traced back to programming originated on the PLATO IV computer system in 1972.

Over time, the typographic approximations which made up emoticon evolved into a more complex series of images and icons which became more detailed and specific. By 1997, the phrase emoji, which is Japanese in origin, entered the lexicon and was born. The series of small images were prominently included on Japanese mobile phones and ultimately made their way into most brands and models. Many users of Unicode, a standard set of alphabetical and numerical code charts used for visual reference, have become adept at inserting emojis without having to select a picture from a selection usually pre-programmed into computers, cell phones, or social media platforms. 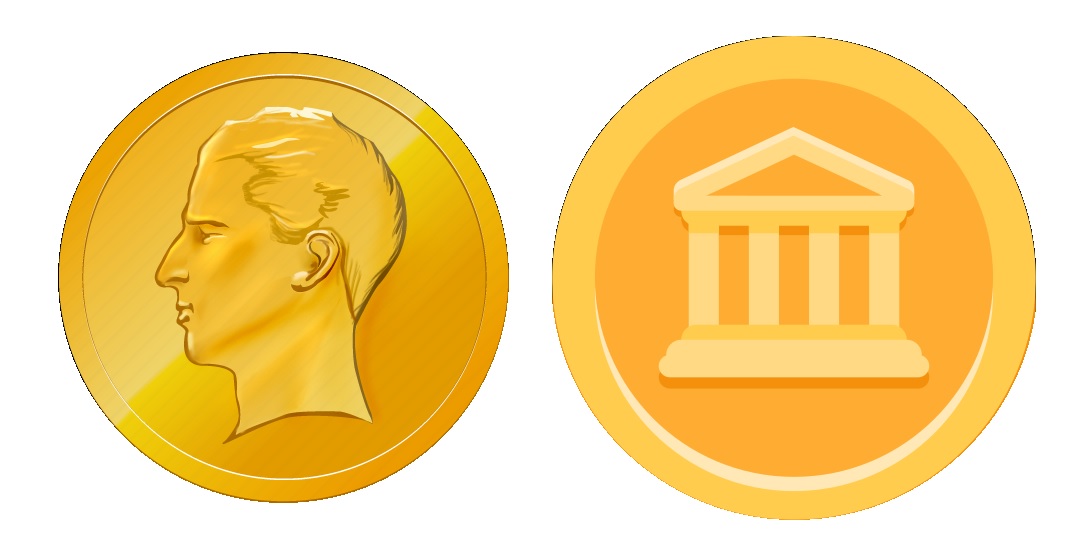 Emojis have essentially become big business with a publication of sentiment analysis in December 2015 ranking emojis according to their use and popularity. Emojis are very much a part of pop-culture, and this was propelled even further in 2016 when a musical about the little pictograms premiered in Los Angeles. They hit the big-time, when, in the summer of 2017, a computer-animated feature-length movie entitled The Emoji Movie was released in theatres. Today, there is a huge selection of 3,304 emojis in the Unicode Standard to choose from. As of March 2020, an additional 117 emojis were added and now include sequences for gender, skin tone, flags, bubble tea, pinched fingers, ninja, piñata, and various animals and insects. There is, of course, a coin emoji which is an image of a single gold coin, and, since coins have two sides, this emoji is sent to suggest a coin-flip to decide which of two options to choose from. 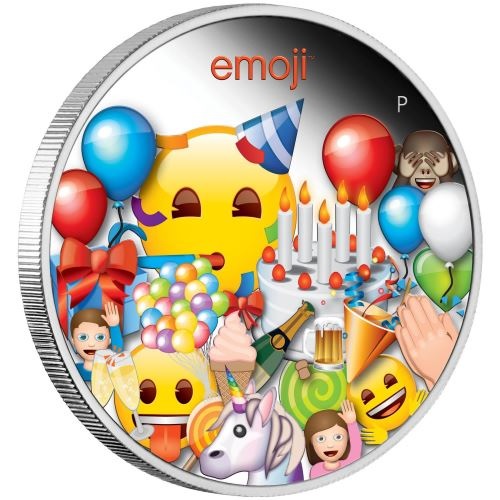 The Perth Mint produces the coins at their facilities in Western Australia on behalf of the treasury of Tuvalu. Designed by Aleysha Howarth, the reverse side depicts, in vivid colour, many of the more popular and newest emojis relating to celebrations including the party face with a hat, the party popper, the birthday cake, balloons, drinks, the unicorn, the monkey, and the person raising a hand. Also included in the design is the emoji logo and the Perth Mint’s “P” mintmark. 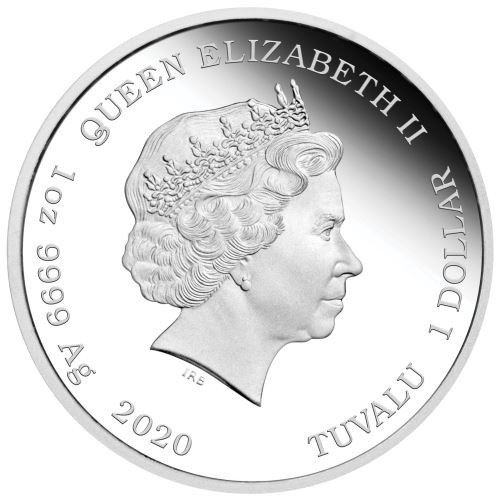 The obverse side includes an effigy of HM Queen Elizabeth II created by British sculptor Ian Rank-Broadley. The weight and metal content of 1 OZ .9999 SILVER, as well as the year of issue 2020, and the coin’s denomination of 1 DOLLAR, are also included in text around the Queen’s likeness.

Each coin is presented in a custom-produced acrylic presentation case and similarly themed outer box and is accompanied by a numbered certificate of authenticity. For additional information abput this coin and others issued by the treasury of Tuvalu, please visit the website of the Perth Mint.

Niue: Step back in time while going Back to the Future with new licence plate silver and colour rectangular coin