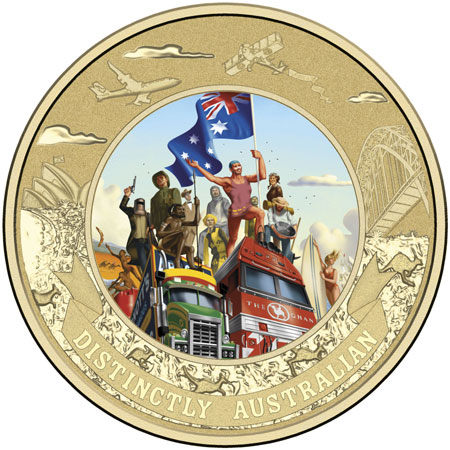 The coin design symbolizes Australia’s national identity and is a great way to capture the true essence of the Australian spirit as well as provide a medium to share the country’s story for years to come. Out of the 100 distinct and individual Aussie icons that were skilfully woven into a design by award-winning illustrator Jim Tsinganos, the Mint has captured a select few to feature on this meticulously designed coin. The sculpted elements on the coin feature all things Australian like bounding kangaroos, the Sydney Opera House, golden wattle and the kookaburra. Through color print technology, the central design features the notorious Ned Kelly, the Australian flag, the instantly recognizable surf lifesaver and a didgeridoo! 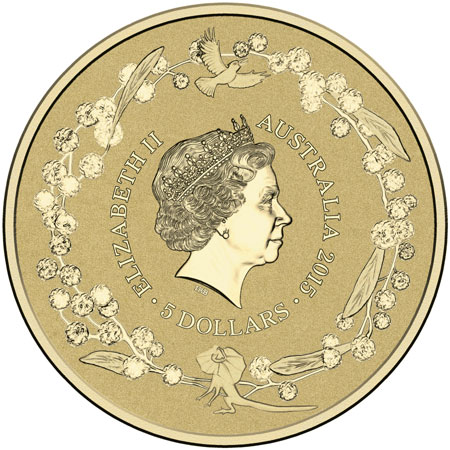 The coin, presented in custom box and certificate of authenticity, is a great ‘one-stop-shop’ souvenir idea for visitors to Australia who are looking for something to remember their visit by. As part of the celebrations for Australia Day, the Mint came to Federation Square in Melbourne with an Australia Day Pop-up Shop, where their kiosk was one of the first places to obtain the aptly titled Distinctly Australian coin among other great Australian-themed coins.

For more information on this and other coins offered by the Royal Australian Mint, please visit their website at: https://eshop.ramint.gov.au/New-Releases/2015-5-Coloured-Distinctly-Coin/510668.aspx Information offered in English, international orders dispatched with purchase prices exempt of Australian National sales tax for overseas orders.