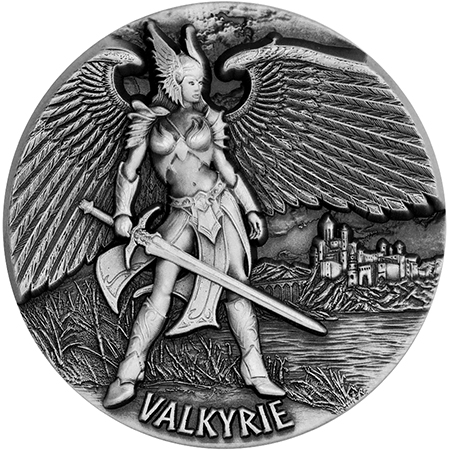 The second coin in the Legends of Asgard series, struck under the legal authority of the island of Tokelau, has been released. The new coin depicts “Valkyrie, Chooser of the Slain.” In Norse mythology, Valkyries determine both who will die on the battlefield and which of the fallen will ascend to Valhalla.

Legends of Asgard is a remarkable coin series, thanks to its artistry and its use of “Max Relief” design. The full thickness of the coins is 5 millimeters, with the three-dimensional design reaching a full 3.5 millimeters into the coin. (For comparison, an American Silver Eagle is 2.98 millimeters in total thickness.) The producer of the coin, Choice Mint, opted for the term “Max Relief” to describe a product that eclipses both High Relief and Ultra High Relief designations. (For a video highlighting the drama and depth of the design, click here.) 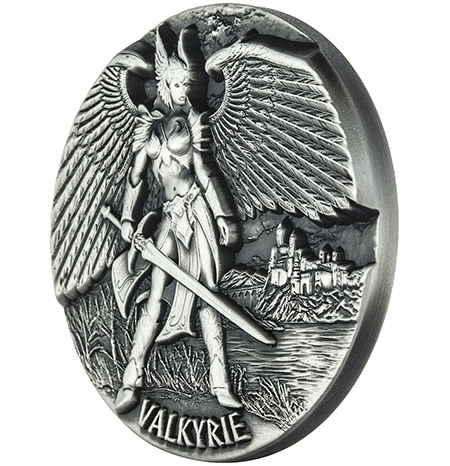 The common obverse of the coin bears a profile portrait of Queen Elizabeth II surrounded by the legend ELIZABETH II / TOKELAU above and TEN DOLLARS / 2016 / 3 oz 999 Silver below. The field is encircled with a Celtic-knot-style border. 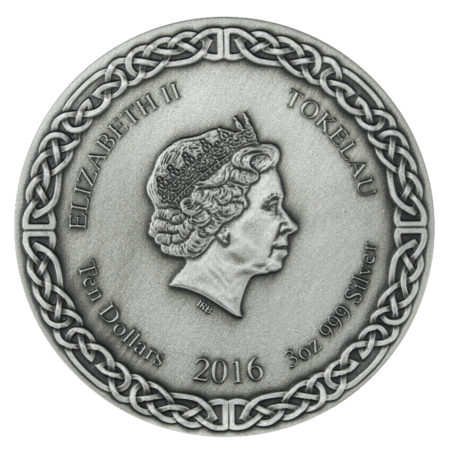 Each legal-tender coin measures 50 millimeters in diameter, contains 3 ounces of 99.9% fine silver, and is denominated NZ$10. Each of the 1,500 minted has its unique serial number impressed into the edge and comes with a handsome wooden box and certificate of authenticity. First Coin Company is the only North American distributor that will offer a a statuette of a Valkyrie in battle pose as a free premium with each order. The coin sells for $189.90; orders are being taken now, and shipments will commence at the end of September.

The first coin in the series depicted “Odin, Ruler of the Aesir.” Twelve coins in total will be released, at a rate of three per year for four years. For this and other First Coin Company items that are in stock and shipping now, click here. 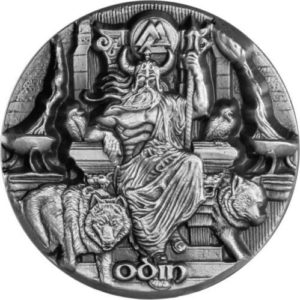