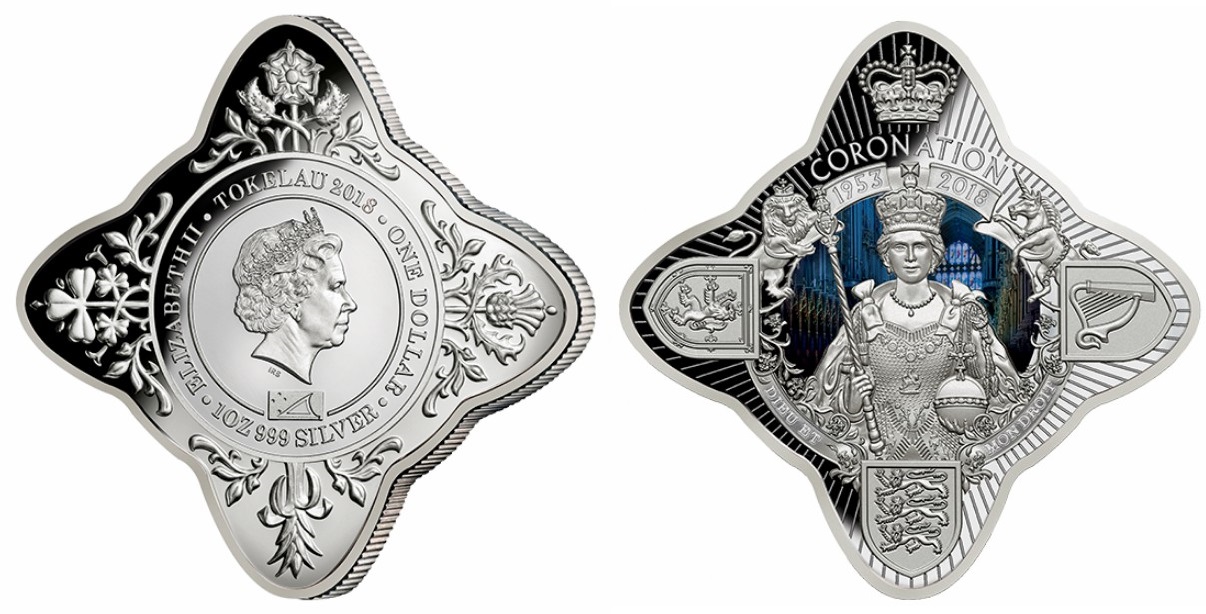 The treasury of Tokelau have issued a new distinctively shaped coin which is in celebration of the 65th, or Sapphire Jubilee, of the coronation of Queen Elizabeth II, who is the chief of state of this Pacific island nation. The coin is unique as its shape highlights both the design which focuses on the coronation anniversary and significance of the four integral parts of the United Kingdom.

At the age of 25, Elizabeth ascended the throne upon the untimely death of her beloved father, King George VI, on the 6th February 1952. Her Majesty Queen Elizabeth II was crowned on the 2nd June 1953, in Westminster Abbey. The ceremony is steeped in tradition and is where the coronations of all English and British sovereigns have taken place since 1066. It had been under preparation for more than a year after the King’s passing as it was thought to be inappropriate to host the celebration during his mourning period. Her Majesty was the 39th sovereign to be crowned at Westminster Abbey and the ceremony was the first ever to be televised. It was watched by an estimated 27 million people in the UK and millions more around the world.

Her Majesty Queen Elizabeth II is the first British monarch to celebrate a Sapphire Jubilee, marking 65 years on the throne, as well as other milestones associated with her long reign. On the 9th September 2015, Queen Elizabeth II surpassed the previous record of the longest reign held by her Great, Great Grandmother Queen Victoria who was Queen for a total of 63 years and 216 days. The Queen marks 65 years as British sovereign on the 6th February 2017. 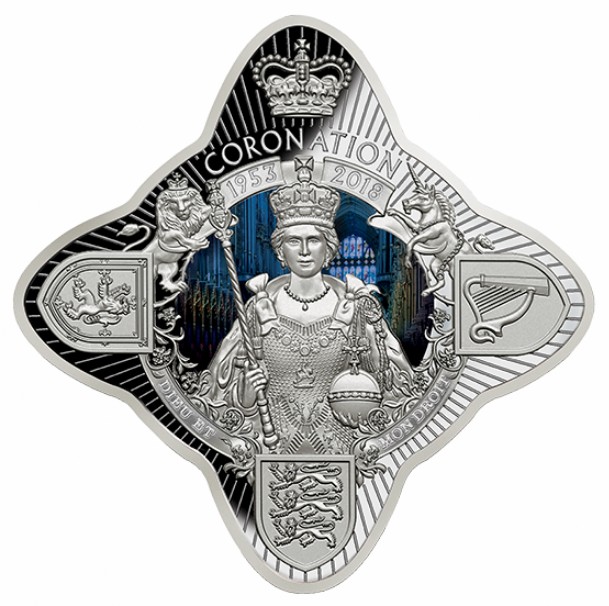 The coin’s reverse design features an image of the young Queen holding an orb and scepter at the Coronation Ceremony placed in the centre. Above Her Majesty is St. Edward’s Crown, while the crowned English lion and a Scottish unicorn are placed on either side. Three shields depict three guardant lions of England, the rampant lion of Scotland, and a harp for Ireland. Each coin is enhanced with a coloured picture of the interior of Westminster Abbey. 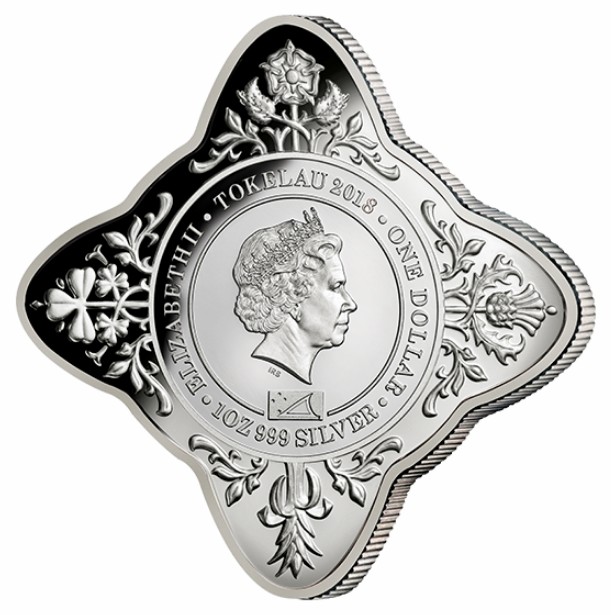 The obverse features the symbols of the United Kingdom: the rose (England), thistle (Scotland), leek (Wales), and shamrock (Ireland). An effigy of Queen Elizabeth II, created by Ian Rank-Broadley, is centered along with the issuing authority, year of issue, and denomination encircling the portrait. 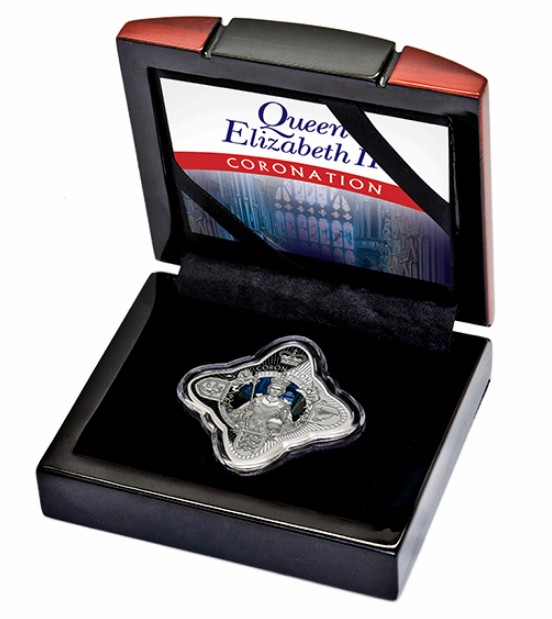 The royal star-shaped coin arrives in a custom-shaped capsule and is presented in a prestige premium package with an individually numbered silver certificate. Shipment commences on the 31st May and pre-issue orders are now being accepted. For more information on this coin issued from the treasury of Tokelau, please visit the website of the Royal Canadian Mint.