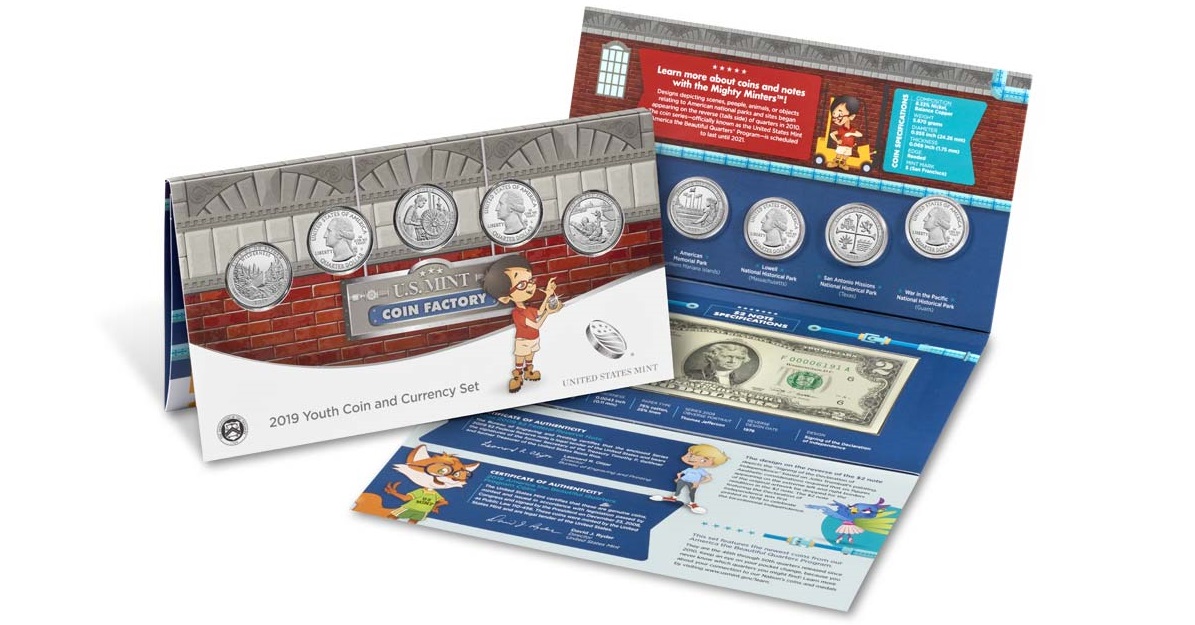 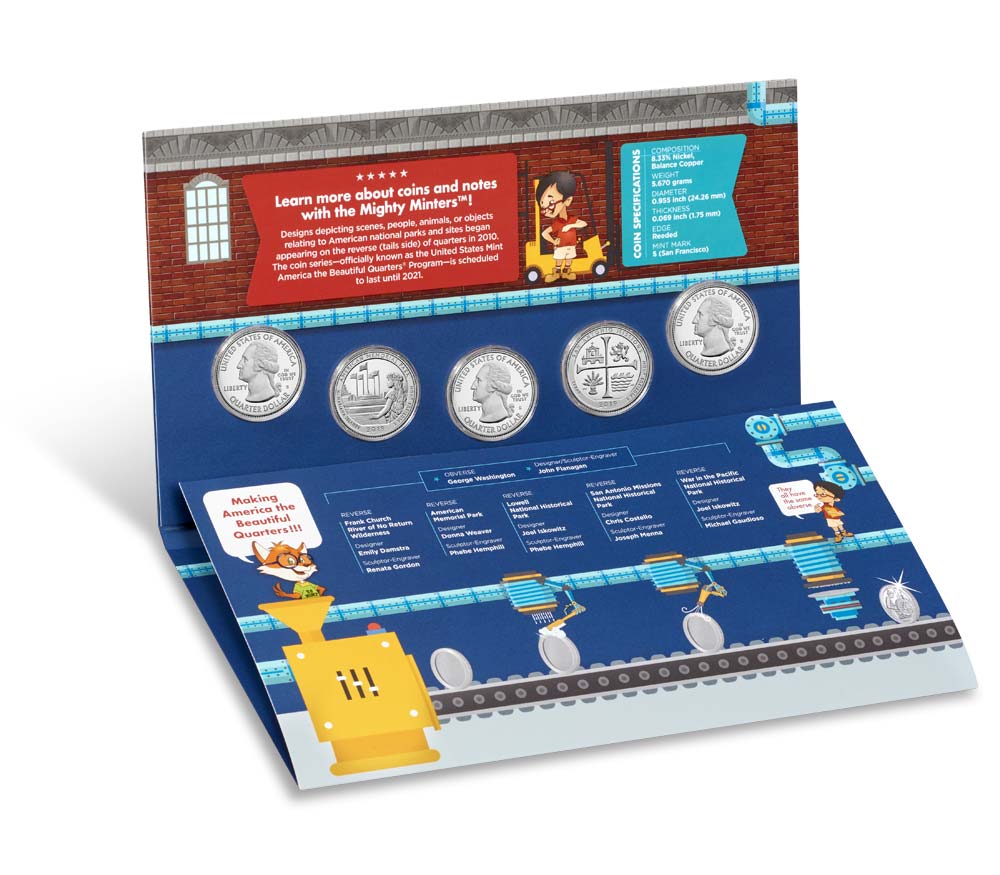 This product marks the first time the Mint has offered a coin and currency set specifically for youth and features the Mighty Minters characters Timothy, Lina, Alex, Eli, and Layla. The set consists of a tri-fold presentation folder that holds the five 2019 American the Beautiful Program quarters in a Proof finish and a $2 Series 2009 note from the Federal Reserve Bank in either Cleveland, Atlanta, or Chicago. An attractive outer sleeve houses the folder. The certificate of authenticity is printed on the package. 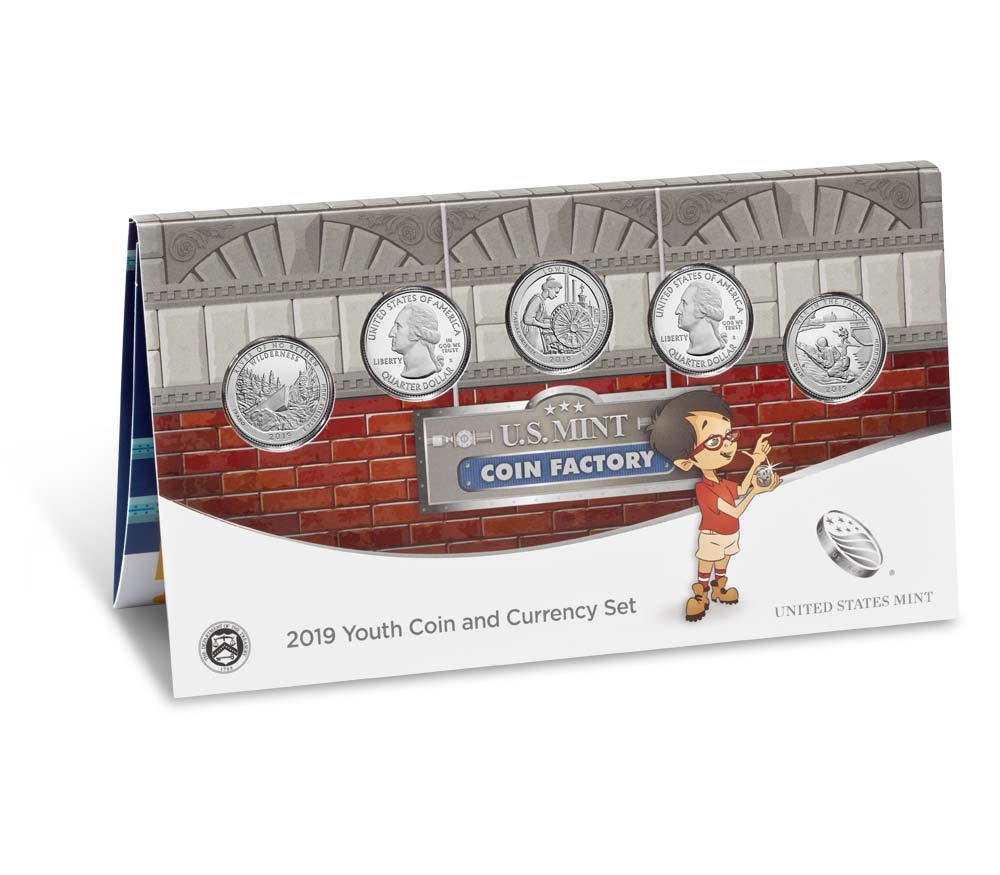 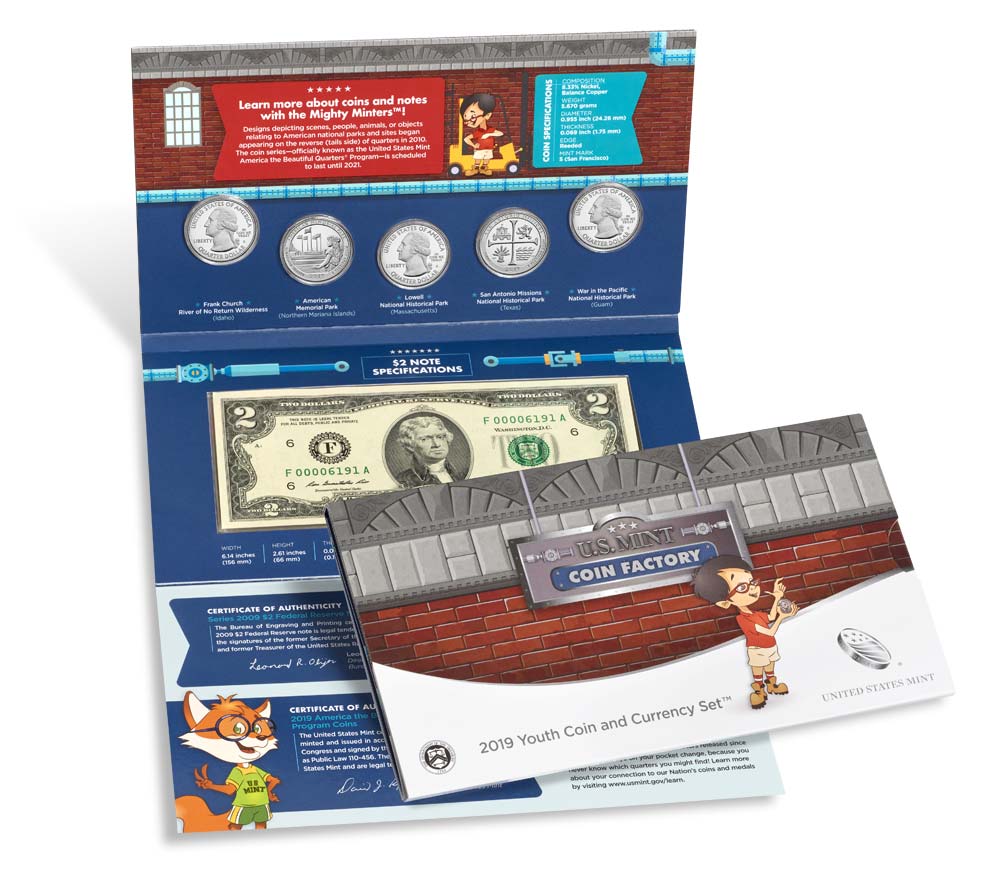 The face of the $2 note depicts a portrait of Thomas Jefferson, while the back depicts the vignette “The Declaration of Independence” based on the painting by John Trumbull.

The 2019 Youth Coin and Currency Set is priced at $29.95. The Mint will accept orders online and at 1-800-USA-MINT (872-6468). Hearing- and speech-impaired customers with TTY equipment may order at 1-888-321-MINT. Information about shipping options is available at the Mint’s website.