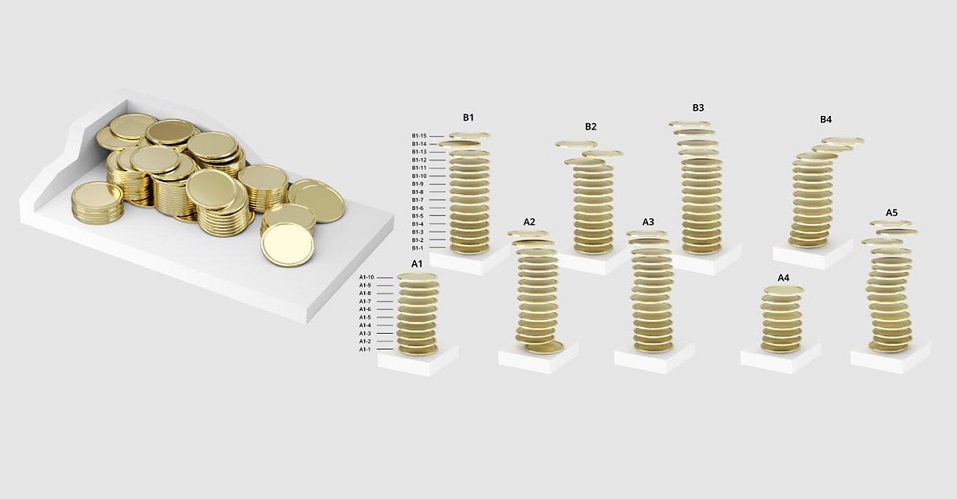 A diagram of the coins’ locations in the box, which is identified on the NGC certification label. Hover to zoom.

Earlier in 2022, NGC-graded coins from the last unopened cargo recovered from the S.S. Central America — the coins were in remarkable condition, but how?

Look closely at a coin that has been recovered from the sea, and you might see damage caused by saltwater. Or you might not. The effect that saltwater has on a coin depends on a variety of factors. The most important is the type of metal from which the coin was minted. There are some metals that are remarkably resilient to the corrosive effects of saltwater. Gold is one of them. As a result, gold coins can be lost at sea for hundreds of years and be virtually unaffected.

In February 2022, Numismatic Guaranty Company (NGC) was honored to reveal to the public the last of the unopened cargo recovered from the S.S. Central America, bringing to a close a mystery that inspired treasure hunters for decades. When the final box was opened, it contained stacks of $20 gold coins that had been minted during the height of the California Gold Rush.

Despite being lost under 8,000 feet of seawater for 131 years, the coins were in remarkable condition. NGC graded one of the 1857-S $20 gold coins recovered from the shipwreck NGC MS-67 PL, making it the finest known Prooflike example of the coin. Four of the 1857-S $20 gold coins received an NGC MS-67+, meaning their quality nearly met the requirements of NGC MS-68. More information and a video about the coins recovered from the S.S. Central America can be found here. 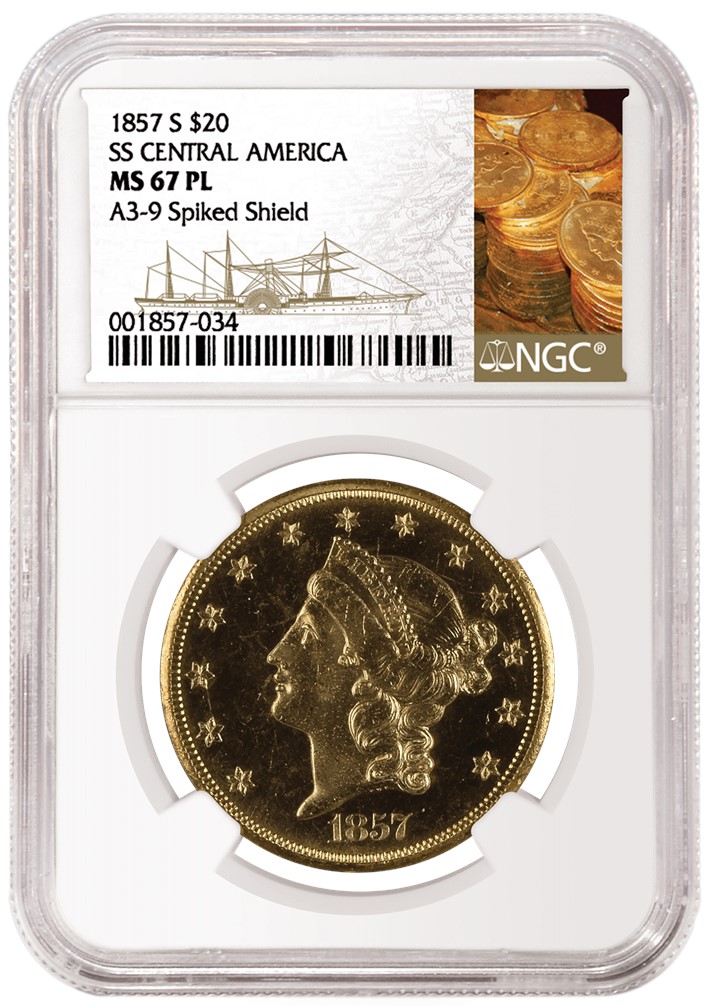 NGC-certified coins from the last recovery have been selling well. For example, an 1857-S graded NGC MS-66+ PL realized $129,375 in a March GreatCollections sale. 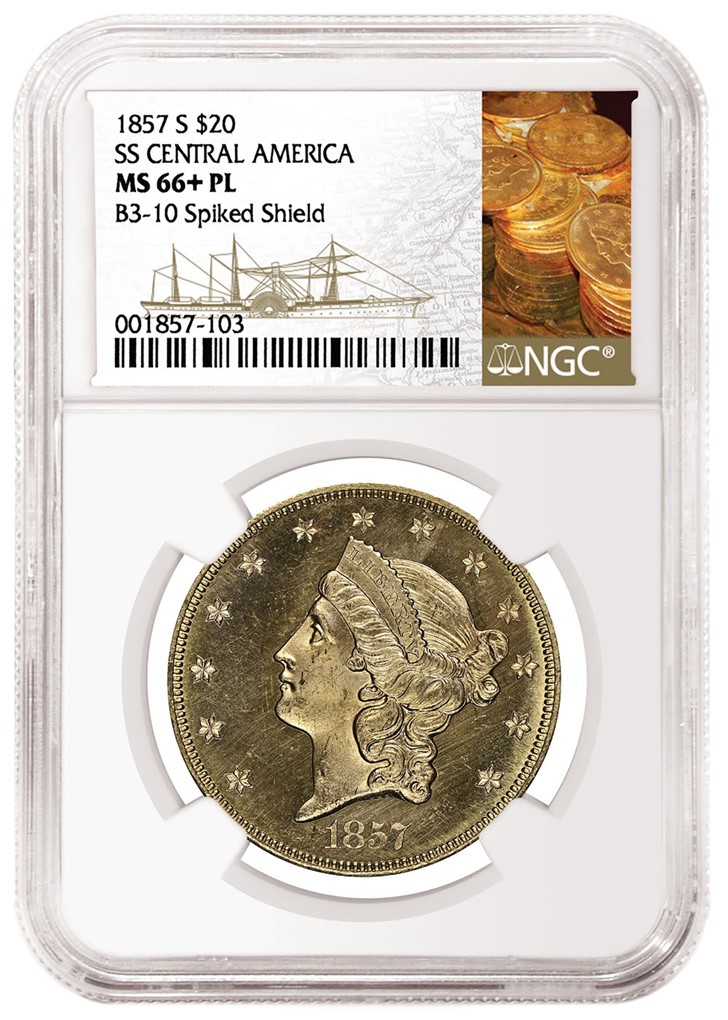 Which Coins Are Damaged by Saltwater?

While the coins recovered from the S.S. Central America showed no signs of corrosion, that is not always the case. Silver and copper coins do not have the same level of resiliency to corrosion from saltwater and can be heavily damaged by it.

In addition, there are other factors that can cause damage to coins, including gold coins, that are exposed to the undersea environment. Sand can scratch the surface of coins and coral or other microorganisms can attach themselves to the coins, causing encrustation and possible damage. In the case of the S.S. Central America treasure, the gold coins were protected from the effects of sand and microorganisms by being enclosed in a San Francisco Mint Box.

What is NGC Shipwreck Certification?

NGC has a special division known as NGC Shipwreck Certification which was established to address the special factors that must be considered when certifying and grading coins that have spent time submerged in the sea. NGC Shipwreck Certification provides independent assurance of the pedigree of recovered artifacts as well as evaluating the condition and providing a grade.

When recovered coins show no signs of having been immersed in water, NGC’s normal Coin Grading Scale is used. For those that show signs of corrosion or other damage, NGC applies its unique Shipwreck Effect designation, which takes into consideration the effects that saltwater and other natural elements have had on the coin.

To be considered for Shipwreck Certification, coins must be obtained through the least invasive means possible and recovered in an archaeologically sound manner in which the history of the wreck is preserved. 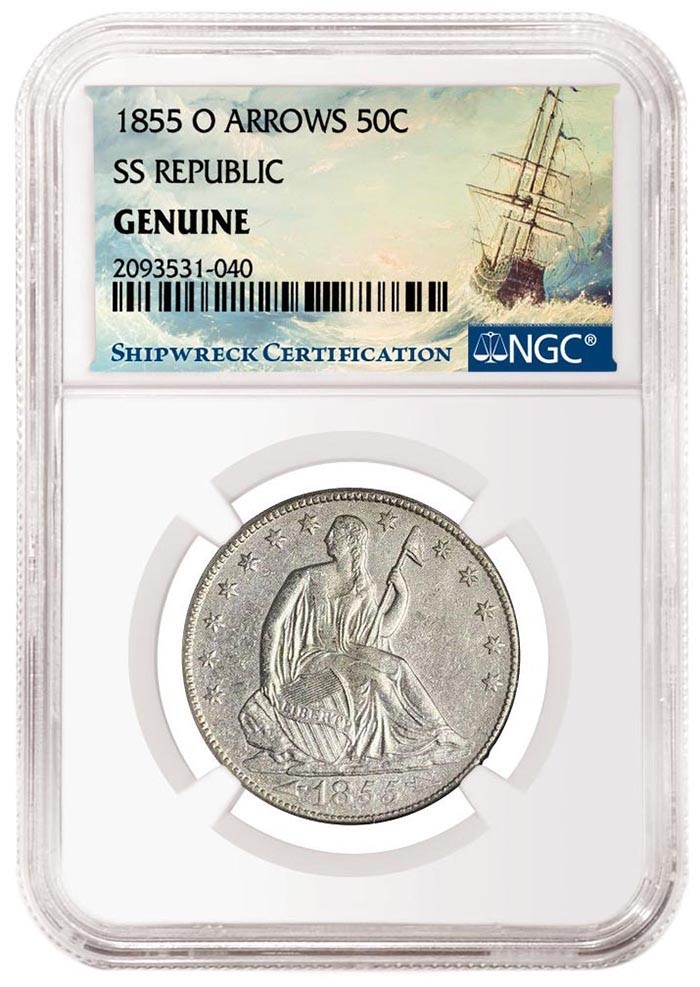 How Are Shipwreck Coins Graded?

NGC also provides a wear or detail grade to Shipwreck Effect coins that ranges from Uncirculated to Good. When the origin of the shipwreck coin is documented and confirmed, the NGC certification process also provided a Genuine designation.

NGC’s Shipwreck Certification division is the only service for independent third-party shipwreck coin certification. As such, it has been entrusted over the years with certifying treasures recovered from a number of shipwrecks, including the famed S.S. Republic shipwreck, the storied 1715 Treasure Fleet shipwreck, the S.S. Pulaski shipwreck, and the S.S. New York shipwreck.