Fresh from the hype and fanfare which greeted the recent unveiling of the Queen’s fifth portrait on British and perhaps Commonwealth coinage, a series of “alternative” portraits were published by the Huffington Post from would-be and inventive graphic artists who wanted to add their own spin to what their 21st century designs would look like for a new effigy of HM Queen Elizabeth II which would appear on coins.

We take a look at some of those tongue-in-cheek suggestions which have a very “pop culture” flare about them and at the same time, congratulate artist Jody Clark on his excellent design. We also express gratitude to the Royal Mint for making the wise decision they did in the face of such talented (and creative) artists!  Here are just a few we’d like to share with you – if the Queen herself should have a look at these images, something tells us they would bring a smile to her face! 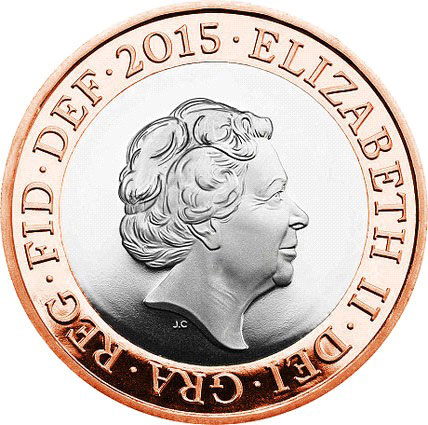 “With all the budgets cuts being made by the British government, even Lizzie has had to flog the family silver (and is seen here without her crown),” say Matt Roach and David Lawrie of M&C Saatchi London. “The new coin will also be 50% smaller and made of salvaged scrap metal.” 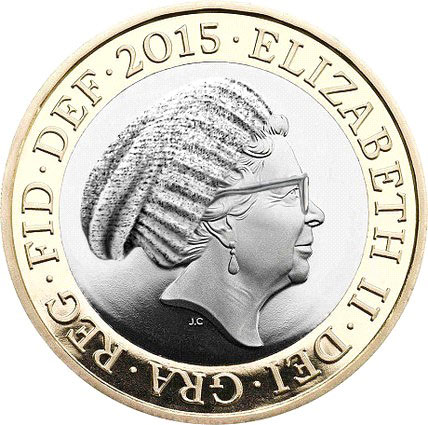 “London, home to Buckingham Palace, is the center of fashion and culture. The Queen has always been in fashion – so we rebranded the Queen in this hipster-styled headshot,” says Vicky Behun of Doner. 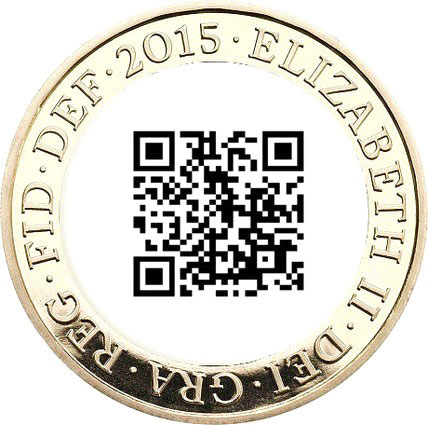 Designer Vicky Behun from Doner explains: “Now the Queen can update her image constantly, via the magic of the internet. Our QR code currently links to her Wikipedia, but could also link to an Instrgram account with different shot of Her Majesty every day.” 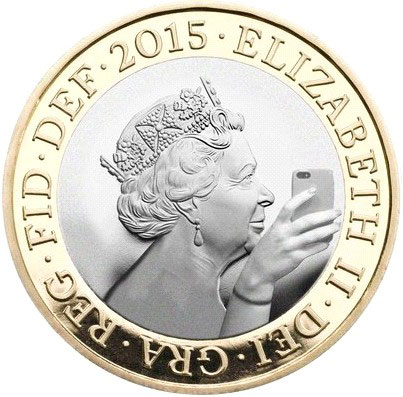 With the hashtag, #RoyalSelfie, Creators William Grave and Yury Vorobev from M&C Saatchi London think: “With the Pope on Twitter, isn’t it about time the Queen had her own Instagram account?”

After a 17 year span, the Queen’s effigy on British coins was re-designed and updated to reflect her as she is today though many have declared the Queen has changed little since the last or fourth portrait was introduced in 1998. It has been the practice of the Royal Mint to update the portrait of the Queen which has averaged to about every 15 or so years between changes. On the 10th September of this year, Queen Elizabeth II will be the United Kingdom’s longest reigning monarch, surpassing her Great-great Grandmother Queen Victoria who reigned 63 years, 213 days when she passed away in 1901.

To read the whole article and see all ten ideas from would-be coin designers, please visit the webpage of the Huffington Post at: http://www.huffingtonpost.co.uk/2015/03/02/queen-new-coins-portrait_n_6783888.html