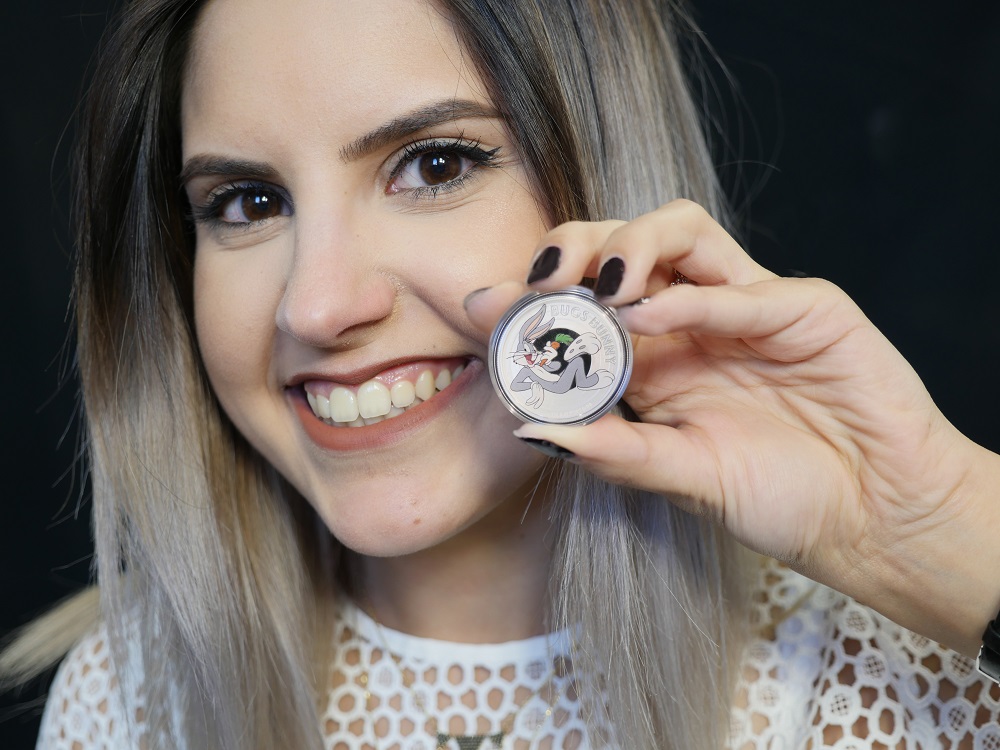 The Perth Mint under licensing agreement with Warner Bros. Consumer Products, a division of Warner Bros. Entertainment, will deliver a range of coin programs celebrating some of the world’s most loved movies and television icons.

The second of many coins to be launched under this exciting licensing agreement features Bugs Bunny, one of the most popular characters from the golden age of American animation.

Struck from 1/2-ounce of 99.99% pure silver and issued with a strict worldwide mintage of just 5,000, this coloured coin provides a rare opportunity for Looney Tunes fans to secure a unique piece of pop culture memorabilia.

The beloved Bugs Bunny coin unveiled by the Perth Mint this month will be followed later this year by other Looney Tunes characters including Daffy Duck, Tweety, Sylvester, and the Tasmanian Devil. Each 1/2-ounce coin will be issued as Tuvalu legal tender and individually housed in a clear acrylic case to view both sides with ease.

The Perth Mint group manager of minted products, Neil Vance, said the venture was a shining example of the Mint’s innovative approach to developing new markets for Australian-made coins.


“This latest alliance will significantly expand our range of licensed commemoratives and introduce the world of coin collecting to fans of classic Warner Bros. movies and cartoons in Australia and internationally,” Mr. Vance said.

“Having issued limited edition licensed coin products for more than 10 years, in collaboration with entertainment industry leaders and independent estates, we have seen their popularity grow.”

The first release in the Warner Bros. collaboration back in January 2018 featured the beloved cartoon icon, Scooby Doo. Since his debut in 1969, the lovable Great Dane has appeared in numerous television series and live-action movies, along with his four teenage mystery-solving friends of the Mystery Inc. Gang.

Stay tuned for other coins that will pay tribute to some of the world’s most popular movies.

Collectors can secure these classically designed coins at their time of release from the Perth Mint at 310 Hay Street in East Perth, by visiting our online store, or calling toll-free 1(800) 098-817. Collectors can also purchase the commemoratives from leading coin dealers and Australia Post outlets.

SCOOBY-DOO and all related characters and elements © & ™ Hanna-Barbera. (s17)