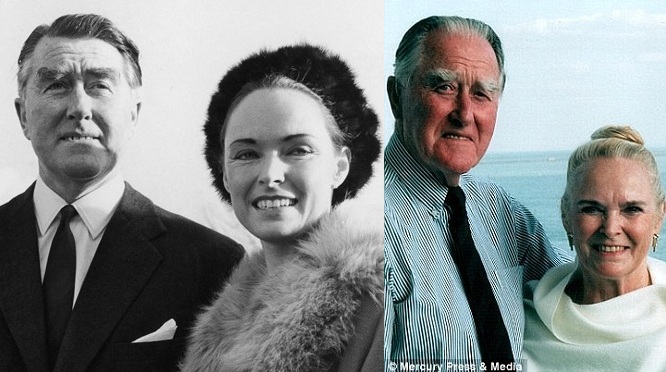 Fort Roughs, Sealand. The Princely family of Sealand have confirmed with sadness the death of Joan, Sovereign Princess of Sealand, who passed away on March 10, 2016. Princess Joan was 86 years of age and was in the United Kingdom at the time of her death.

Together with her husband Roy Bates, they founded the Principality of Sealand, a man-made Royal Air Force defense tower originally built during the Second World War just six miles off the coast of Southeast England. Roy, Prince of Sealand, declared the independence of what was formerly known as Roughs Tower on September 2, 1967, Princess Joan’s 38th birthday. 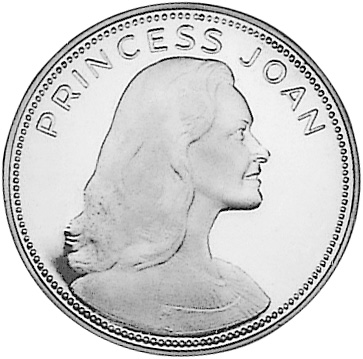 Princess Joan, born Joan Collins on September 2, 1929 in Aldershot barracks, was the daughter of RSM Royal Artilleryman Albert Collins, and his wife, Elizabeth. Joan, with her blond hair, sparkling blue eyes, and outgoing personality used her natural attributes and beauty to become a high fashion model in London during her earlier years. She met Roy Bates, a former Royal Army Major at a dance and Roy proposed soon after they met. They were married shortly after in the Caxton Hall London Registry office. This was the start of what their only son, Prince Michael, would later describe as a lifelong devotion of his parents to each other, which lasted until the death of Prince Roy in October of 2012.

The couple had two children, Penelope and Michael, who often accompanied their parents to their new territory. Joan and the children were in attendance on the day Prince Roy raised the flag of Sealand on the tower when independence of the principality was declared.

Their venture involved the claiming of the dis-used defense platform in the North Sea and began as early as 1965. They originally intended to set up an independent radio station, often referred to as an “off-shore pirate” station. Roy Bates had lost an earlier legal battle with the British government over his offshore radio station, “Radio Essex,” which had broadcast from another abandoned fortress and was found by the British courts to be within UK jurisdiction. However, there was another fort further away from the British coastline and it was this platform which would become the independent Principality of Sealand. 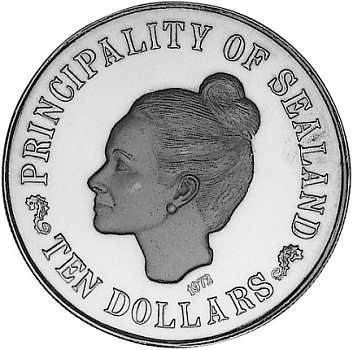 While the move was seen at the time as a publicity stunt and not taken seriously, Sealand has since flourished for nearly fifty years. The principality even gained a degree of international recognition in 1978, when a German diplomat was dispatched to Sealand to negotiate the release of one of its nationals who attempted to seize Sealand.

From the beginning, Princess Joan was at the side of her husband, including when the need to defend the platform against invaders became necessary. During one of the most harrowing events in Sealand’s history — the day in August 1978 that the principality had been invaded by mercenaries — Princess Joan was with Prince Roy in Austria to attend a meeting. As it turned out, that meeting had been arranged as a falsehood by the organizer of the siege to facilitate the invasion, knowing Roy and Joan would not be on Sealand to defend it from the invaders.

Sealand was re-captured soon after the invasion and Joan accompanied Roy when he amassed a team of defenders to carry out the principality’s liberation. As a tribute to his beautiful wife, Prince Roy preferred to include portraits of effigies of Princess Joan on the principality’s stamps and coinage; Princess Joan had been featured on both silver and gold coins on three official issues in 1972, 1975, and 1977. 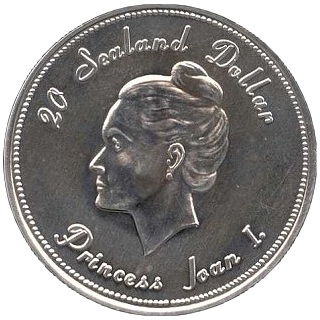 Princess Joan is survived by her son Michael, Sovereign Prince of Sealand; her daughter Penelope; four grandchildren and six great grandchildren, including Prince Freddy, the son of James, Hereditary Prince and fourth generation Sealander; and two great-great grandchildren who represent Sealand’s fifth generation. Aside from being remembered as the joint co-ruler of the most famous micro-nation for nearly 50 years and an exemplary representative of the Princely family, Joan will be remembered as Sealand’s first sovereign Princess, a staunch and constant support to her husband throughout his adventurous life, and a formidable lady in her own right.

The funeral service for Princess Joan was held on March 17 and her coffin was draped with the flag of Sealand. She was laid to rest beside her husband, Prince Roy, who died in October of 2012.