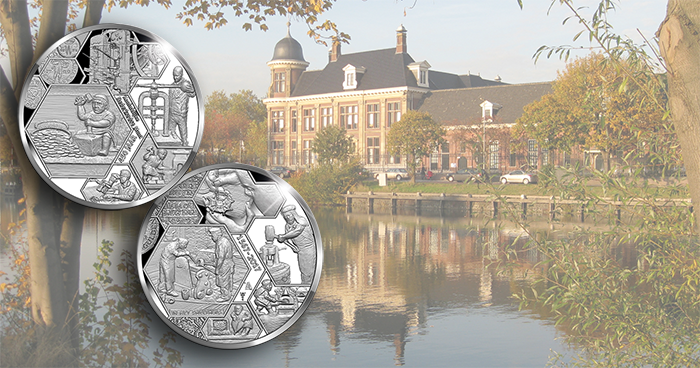 The Royal Dutch Mint have issued a new medal in celebration of Dutch numismatic history, which began in 1567 in the city of Utrecht, home of the Royal Dutch Mint. For centuries, gold and silver coins minted under the authorities of the Dutch provinces earned the highest respect for both their quality of production and their strict adherence to weight and purity standards. The rijksdaalders, guilders, stuivers, and ducats that financed Dutch exploration and trade all over the world also became, in many parts of the world, the very standard for local coinage and currency. The easily recognised and familiar coins carried the crests of the varied states and even cities within the Dutch states. Today, the coins of the modern Kingdom of the Netherlands are some of the most widely collected internationally, for the same reasons the coins were admired long ago: their beauty, their quality, and their accuracy in terms of metal and weight. With the accession of Queen Beatrix in April 1980, the Netherlands Mint undertook to produce some of the most modern and technically advanced coins the world had ever seen, and the mint gained further respect and admiration for their ground-breaking designs.

The Netherlands Mint was, for a very long time, one of the country’s oldest existing businesses, and it became especially important after the 1581 unification of all the Dutch provinces into the Dutch Republic. The initial mint was inaugurated by Spain’s King Philip II (who was at the time king of the Spanish Netherlands), and it this entity that lasted until 1795. With the turmoil in France, the emergence of the Batavian Republic—which was allied with Emperor Napoleon and his empire—resulted in the formation of the Kingdom of Holland, with Napoleon’s younger brother Louis being declared king. The Dutch mint produced the coins of Louis Napoleon and from September 1806 he appointed them the sole entity for the minting of coins for the Netherlands.

This arrangement lasted until 1811, when it the Dutch Republic became a province of France; it remained so until the capitulation of Napoleon and the end of the French Empire in 1813. In place of Louis Napoleon, the Dutch provinces united behind Prince William of Orange, who became king of the newly created United Kingdom of the Netherlands (which included the present-day country of Belgium). The mint was renamed ’s Rijks Munt (the Rijk’s Mint), and an additional minting facility was established in Brussels. When independence was granted to the Belgians under the leadership of Prince—now King—Leopold of Saxe Coburg Gotha, the mint in Utrecht was once again the only coin-producing facility in the Netherlands.

The Rijk’s Mint underwent substantial change in 1910, when a new building was completed on the grounds of the City of Utrecht’s post office. The distinctive building, which is a listed landmark, is today of one of the region’s main tourist attractions. The location was strategically chosen, as the building is bordered by a canal that enables the coins to be transported by riverboats to the National Bank in Amsterdam. 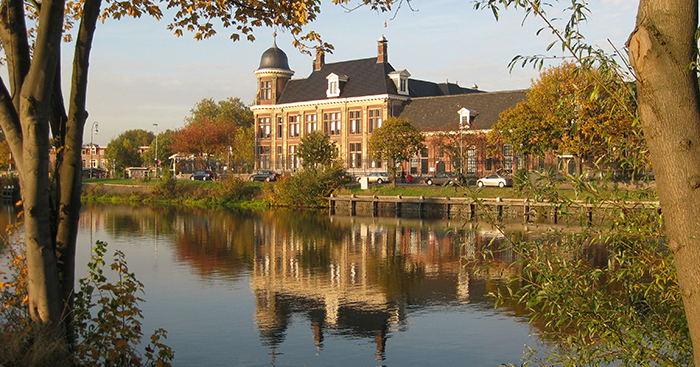 The Royal Dutch Mint, located on the Merwede Canal, Utrecht, the Netherlands. (Wikipedia photo by Joostik)

The Rijk’s Mint officially became a state institution in 1912 under the auspices of the Royal Treasury. In 1994, with a reformation of the structure of the treasury by the Dutch government, the Rijk’s Mint transitioned into the new Netherlands Mint, an entity operated as a private firm with 100% of its shares vested in the treasury (which is under the authority of the Ministry of Finance). The Netherlands Mint was further enhanced in 1999 when Queen Beatrix awarded the Mint the prefix of “Royal,” thus enabling it to refer to itself as the current Royal Dutch Mint. In November 2016, the Royal Dutch Mint was sold to a private firm in Belgium, who have taken up the task of restructuring the debts and expenditures due to failed contracts for the production of coins abroad that resulted in penalties and fines. 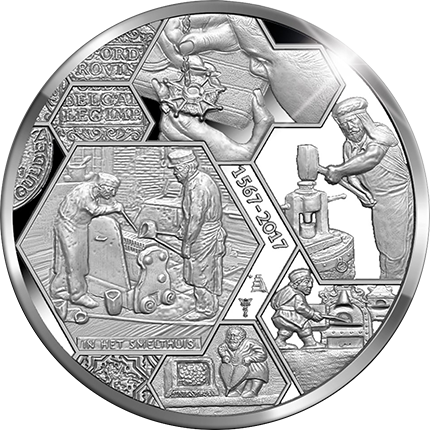 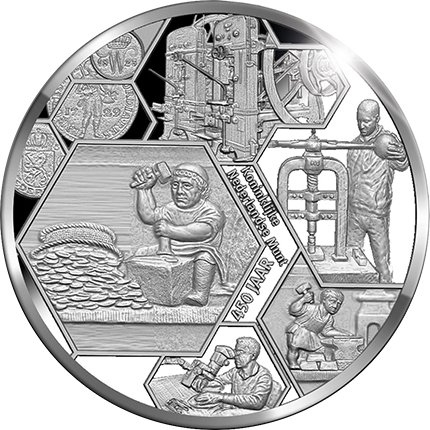 The crown-sized medal’s design includes various scenes of coin production from the earliest times to the latest technology currently use in coin production. The commemorative inscription on the primary side includes Koninklijke / Nederlandse Munt / 450 JAAR, with the anniversary years 1567–2017 shown on the opposite side.

The medal is presented in a branded Royal Dutch Mint custom case with certificate of authenticity. For more information on this and a variety of other coins, please visit the website of the Royal Dutch Mint.   ❑
Share: