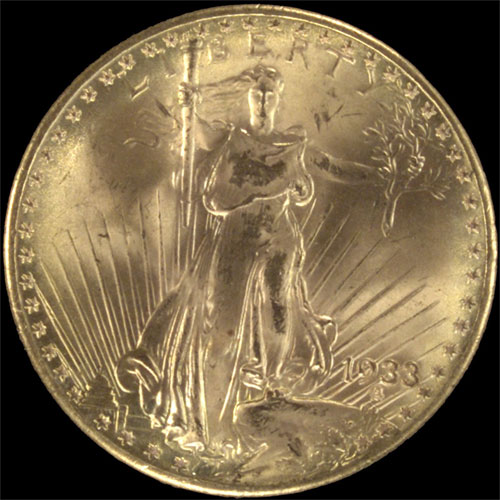 My June 8 column proclaiming that the specter of “gold confiscation” is a deceptive marketing gimmick rather than reality touched a lot of nerves.  There are obviously a number of people who are deeply fearful that there could be some kind of mandatory redemption unleashed with no notice.  Even the economic information I presented in that column, showing how much the US government stood to lose if they tried to call in gold (a step that would yield maybe $125 billion at current prices), was not enough to allay some worries.

Let me explain the main reason why I think the prospect of the US government calling in gold is extremely remote.  Then, I will detail the particular legal process that the US government could use to require people to turn in their gold, as detailed by the US Treasury Department’s Chief Legal Counsel for Foreign Assets Control.  By providing this specific information, readers can better judge the merits of anyone else’s claim that the government can “confiscate” gold.

As my long time readers know, the main reason why I doubt the US government will try to get its hands on the privately held gold in this country is because there is a much larger group of assets that would be more easily seized by the feds.

One of the speakers at these hearings was economics professor Teresa Ghilarducci from the New School for Social Research.  She advocated that the US government seize 100% of assets in 401k and other private retirement accounts and replace them with Treasury bonds paying 3% interest.  Then, when someone retired, their bonds would be converted into an annuity.  After death, there would be no retirement account assets left in the deceased’s estate—the government would keep it all.

Those holding precious metals IRAs could lose some or all of the benefits of such an account if they are some day forced to convert their assets into Treasury bonds.

Say, for instance, that there are $12 trillion of assets in private retirement accounts.  If the federal government required that only 50% of such assets be exchanged for Treasury bonds, that would be sufficient to cover 18 months of current US government expenditures, which was the impact achieved in 1933 when the feds raised the price of gold from $20.67 to $35.00 per ounce.  The government could mandate this new law by pretending that it was doing so to “protect” people’s retirement accounts.

The federal government could accomplish this sleight of hand without any person seeming to have lost any asset value in the exchange.  For that reason, I consider confiscation of some or all retirement accounts by the US government to be far more likely than a mandatory surrender of gold.

I judge the risk of confiscation of assets in precious metals IRAs to be high enough that I do not recommend using Individual Retirement Accounts as a way to own precious metals.  That said, an exception could be considered where the precious metals IRA is only a small percentage of someone’s precious metals holdings.  (There are other problems with the concept of owning precious metals in retirement accounts which are beyond the scope of this essay.  I have written about them in the past—see, for instance, my August 18, 2009 Numismaster column at http://www.numismaster.com/ta/numis/Article.jsp?ad=article&ArticleId=7361.)

Now, even though a call in of gold is unlikely, in my judgment, the legal framework where the US government could do so is well established.  In 2005, the Gold Anti-Trust Action Committee, Inc. (GATA) contacted the Treasury Department to get an official statement as to whether the US government had the authority to call in gold at some point.  A letter to GATA dated August 12, 2005 from Sean M. Thornton, who was then the Chief Counsel for Foreign Assets Control for the Treasury Department, includes what may be a comprehensive discussion of the issue.

According to Thornton, Title 12 United States Code Section 95a is a duplicate of Section 5 of the Trading With The Enemy Act of 1917 (50 U.S.C. App. Secs. 1-44), which grants the government the authority to criminalize the hoarding of any kind of asset—including the entire spectrum of financial instruments.  The TWEA is supposed to only apply “during the time of war” as enacted by Congress.  However, in practice the TWEA has also been used in situations where the president declared a peacetime national emergency.  Since the US government has a long-standing declaration of emergency with respect to Cuba and North Korea plus other transaction controls, the TWEA is actively in effect, even absent any actual state of war.

One paragraph of Thornton’s letter is explicit.  “If, during a time of war, the president expressly chose to restrict the hoarding of gold or silver, he could do so.”  Thornton also makes it clear that the president has the authority to interfere with the ownership of shares in gold and silver mining companies.

The entire exchange of correspondence can be viewed at http://www.gata.org/node/5606.

As I write this, gold had reached another all-time high, ignoring inflation, and silver is up significantly.  Normally, we see major price suppression efforts going into the monthly gold and silver options expiration, which comes up next Tuesday (for the COMEX) and Wednesday (OTC markets).  If gold and silver prices are not knocked down by 1:30 PM Eastern time on Tuesday, June 22, you may see huge increases for the rest of next week.  If you want to sleep better at night, I recommend that you finish building your physical gold and silver holdings before then.