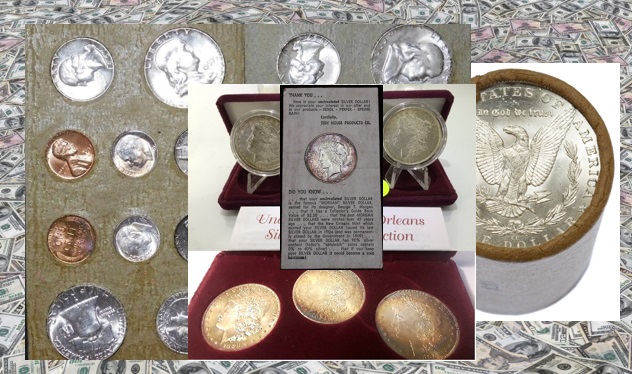 I am so discouraged by unethical practices on eBay, Proxibid, Hibid.com and other Internet venues that I am going to disclose a trick here that should discourage anyone from overbidding anymore on “unopened” Mint and Proof sets.

Then we’ll wrap up with other common “swaps” that entail removing toned or desirable coins from rolls, holders, cases, and envelopes and replacing them with lesser value coins.

So let’s get this out of the way. Yes, I realize that I will be showing others with this post how easy it is to lie about a Proof or Mint set in an “unopened” envelope, in order to prey on collectors’ hunger to search and find cherry coins. However, I won’t disclose the subtle moves of the X-Acto knife that ruins envelopes in amateur hands, which is why you find taped envelopes in coin auctions. 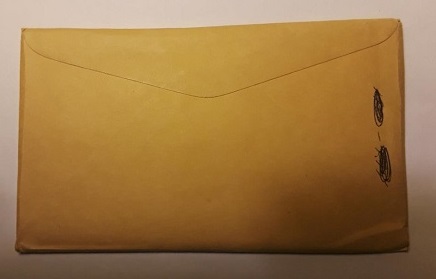 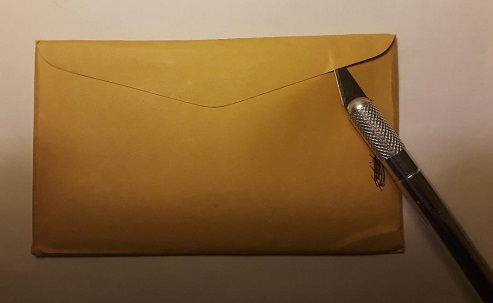 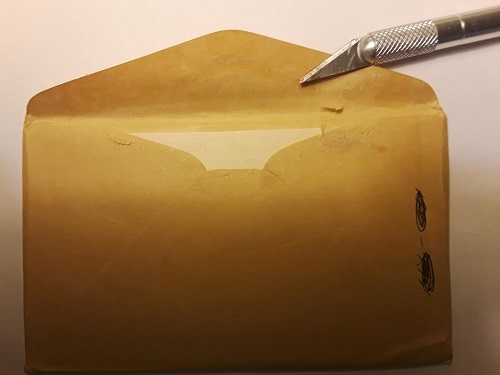 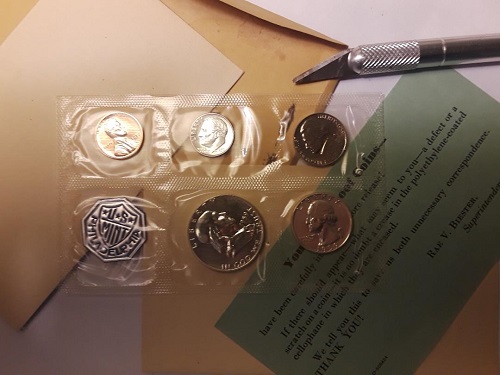 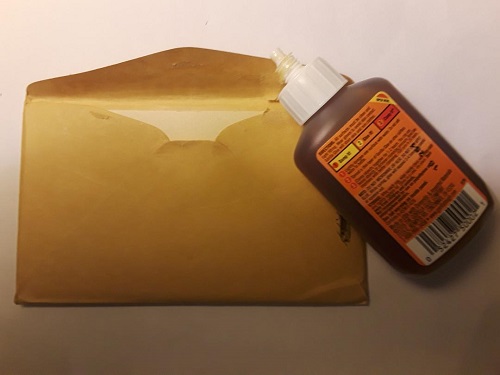 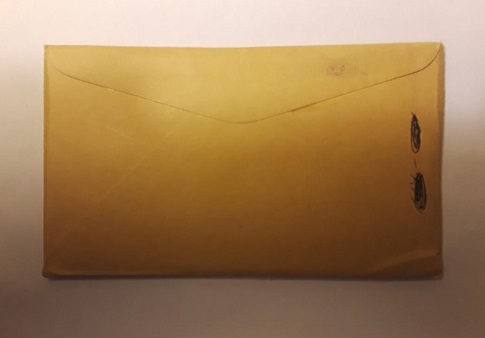 The purpose of this unethical practice is to inspect the coins inside the original envelope and, if those are desirable, to replace them with lesser quality ones of the same year Proof or Mint set.

There are many swaps, which I will chronicle here, with links whenever possible to longer posts on the matter. 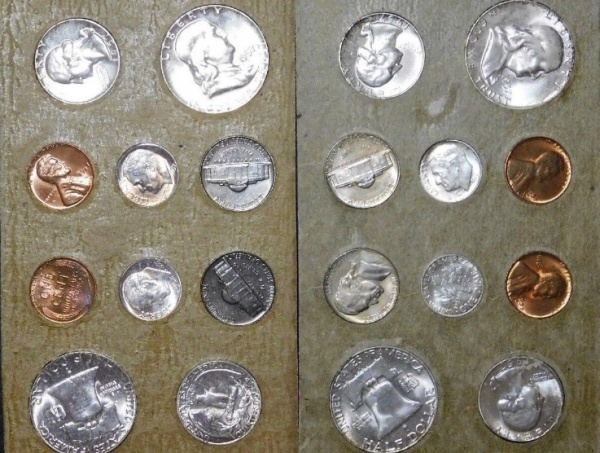 Okay, by my subjective evaluation, the half dollars, quarters, three dimes, three nickels, and one-cent have been swapped out of the above holder, which typically results in rainbow hues or black and grey toning (if people in the household smoked cigarettes). I would not bid on this eBay example. Keep in mind the seller may not have initiated the swap; she or he merely owns the set.

You can read an in-depth piece on the topic at Coin Update. 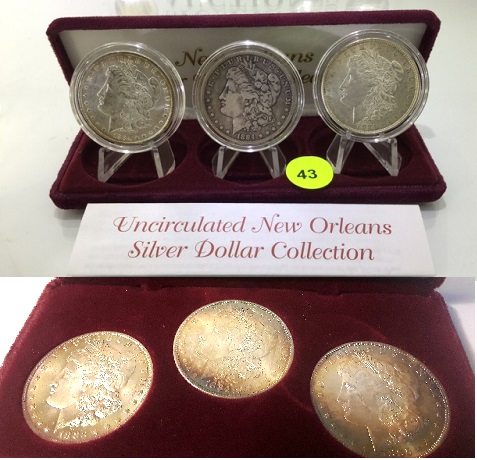 The Littleton Coin Company has sold these sets for many years, stored in a velvet case that usually results in rich toning. In the photo above, the bottom set is original; the top set, swapped out. Resist any such set that lacks toning, is my advice if you’re looking for original coins.

You can read my post about this at Coin World. 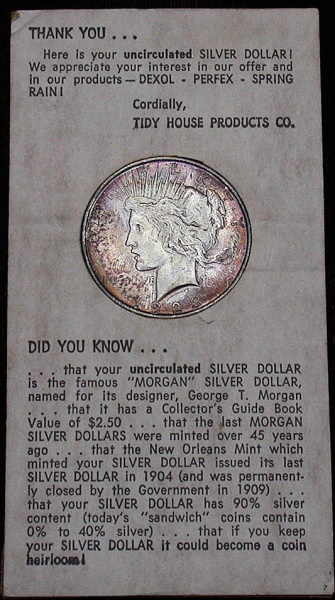 Here’s an egregious example of the swapped out Tidy House silver dollar, replacing the Morgan with an Extra Fine cleaned and retoned Peace dollar. In the 1960s, Tidy House used Morgan dollars, after buying several $1,000 bags for its promotion from the U.S. Mint. They did not use Peace dollars. The bait here is that Peace dollars rarely tone, and so the seller plays on hobbyists’ desire to get a toned coin for their collections.

You can read more about the Tidy House swap from my post on Coin World. 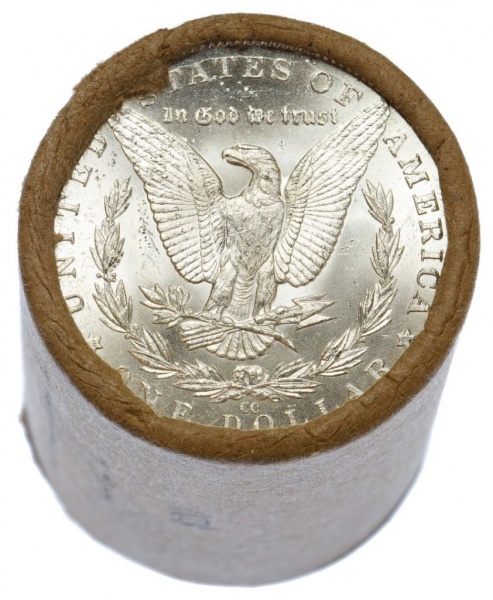 I actually fell for this a few years ago. These rolls were selling for $8,000 each at an estate auction. Then I made a low-ball bid and actually won one. On one end was an 1879 and on the other, the Carson City mint mark. The wrapper purportedly was from a Carson City bank.

The roll was broken open during shipping, so I got to see all the coins, which were mostly low Mint State. I wrote about it in a Coin World article if you want to know the sad details of the saga. Suffice to say, never bid on these fakes. The coins had been swapped out and re-inserted with different or undesirable ones — except for a high Mint State, but common, Morgan obverse on one side and the Mint State Carson City reverse on the other.

Don’t fall for the trick, even if you mean to write about it, as I had planned. That little exercise cost me $1,300, and that was after I consigned all the Morgans in that roll — as individual lots, of course. I could have crimped the roll to its original state — an old coin dealer trick, but I don’t want to show how to do that.


So this is my swap round-up about unethical practices in our hobby.

Be skeptical, know how to grade, and remember the saying about an item being “too good to be true.” In coin collecting, that is almost always the case after dealing with decades of unscrupulous sellers. It got so bad by the 1980s that third-party holdering companies came into existence. That was more than 30 years ago, and the old tricks are still at large.

Increasingly, I am recommending buying slabbed coins from the major auction houses like Heritage, Legend, Stack’s Bowers, or GreatCollections rather than dealing with these tactics that appear all too frequently in online auctions. Let it be known that you can still find your favorite honest sellers on Proxibid, eBay, and Hibid.com as well. Make sure to patronize them.

Share your swap stories in the comments section below!