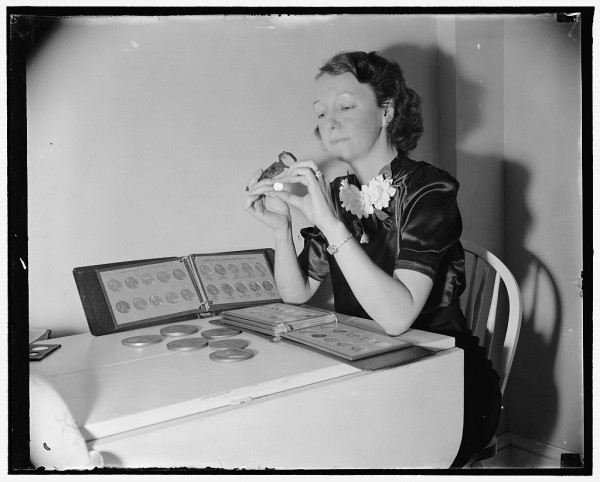 During the last two decades or so, the field of numismatics has evolved tremendously. Where collectors were once limited to buying at local coin shops, at local and national trade shows, and through mail-order lists, the Internet has created an online marketplace that stretches from coast to coast and beyond. Where knowledge—always king—was once difficult to gain, it can now be had with a few clicks of a mouse. It is obvious that the wonderful world of numismatics is changing as always, but these changes are happening more rapidly than ever. What does his mean in the long term? In this article we will take a look at the future of numismatics.

One of the first and most obvious factors in the hobby’s future is the increasing importance of the Internet. While I do not know what percentage of all coin sales presently take place online, I expect the number to increase exponentially in the next couple of years, as it has the previous few years. Dealers whose merchandise lacks an online presence, including exceptional photos and descriptions, will notice their sales beginning to lag. Convenience has become key for consumers; if they can do it with the click of a mouse or the touch of a tablet while they lounge on the sofa, many will choose that over going to a brick-and-mortar shop. This is true for many consumer products, and it has become the case for coins as well.

Second—and we have already seen this happening recently—shows are becoming more dealer-to-dealer affairs than public retail events. The convenience of online shopping is one factor; another, I believe, is a preference on the part of many collectors to spend money on coins rather than on travel to coin shows. When many of the coins at the shows are also available online, paired with the return policies that many dealers offer, collectors are no longer required to travel to shows to purchase the coins they want. These factors (along with a currently slow market) may explain the low retail attendance at shows lately. If show attendance from the retail public doesn’t pick back up in the long term, I personally think it could be because of the number of quality coins available online.

Another change that looms large in the future of numismatics is the age factor. It is no secret that this hobby, like much of our society, is aging: collectors are getting older and older, and it seems there is less interest from the young ones. Dealers are aging and some have already passed away; at the national shows it is not uncommon to start the first day with a moment of silence in remembrance of dealers who are no longer with us.

What does this mean for the hobby—that it will die a slow death? Will only the rarest of the rare coins hold some value because of investors? Or will something else happen entirely? Personally, I think the latter is what will happen, and the example I will call upon is the philatelic hobby.

The coin market is sometimes compared to the stamp market, which has suffered tremendously from aging and does appear to be slowly dying. But there are differences between the two collectibles. Gold and silver coins always hold some intrinsic value and have a certain appeal; the paper on which stamps are printed is virtually worthless, and stamps, unlike paper money, have often limited face values.

An even larger difference between the two markets is this: innovation. The stamp market is largely the same as it was 50 or even 100 years ago. Yes, some grading companies have sprung up, but the market is still nowhere as advanced as the coin market. The numismatic market keeps innovating, and grading companies invent things that keep the market fresh (“plus” grades, first strikes, registry sets, and so on). One might argue that the grading companies do this to make money, which is true—but these innovations also attract more collectors and and turns the hobby’s focus toward the future. I daresay that if professional grading companies had never developed, the coin market would be a lot closer to the stamp market in this day and age.

So, what do I think will happen? I do believe that the coin market is strong. Price adjustments will always occur, and the hobby will be more popular in certain years than in others. This is only normal. We might not see the influx of young collectors that we might like to see, but on the other hand, they may join the collectors’ circle as they reach middle age. Innovation will keep the hobby fresh, even if the changes (as always) are not welcomed by all. Those who do not dare to change will increasingly fall behind (think of dealers with no online presence), while those who embrace change will continue to do good both for themselves and for the overall coin market. Once again, the coin market is changing, no doubt about that, but I think it’s for the good, and even 50 years from now coins will continue to perform well financially.