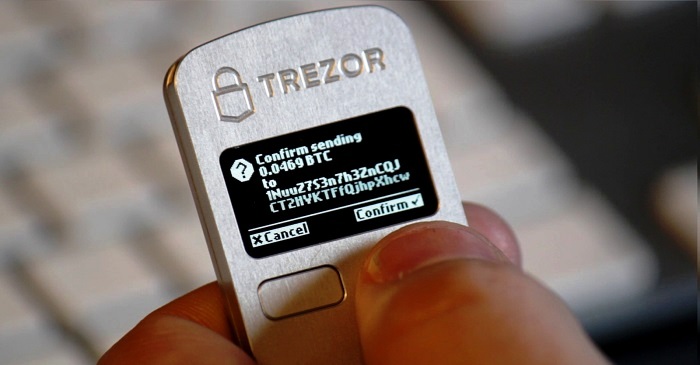 A Trezor hardware wallet, one of the devices used to make purchases online while keeping the user’s credentials safely offline. Photo by Ladislav Mecir.

In a recent article in the New York Times, it was argued that more and more societies around the world are on their way to become a cashless society. In many places, card and digital transactions are up and cash transactions are down. Sweden, in particular, is on the forefront of this, as over 99% of adults has made a non-cash payment. As a numismatist this makes me wonder what this trend, if it does indeed continue, would mean for our hobby. Will coins and bank notes become as obsolete as the VHS tape which became forgotten in mere decades? Or will it be like vinyl records, a medium that went away but has now made a comeback among younger generations, with vinyl records sales strongly on the upside? Let’s explore.

First of all, I think we are still many years, if not decades, away from any nation becoming a fully cashless society. Even though technology is quickly evolving and a payment is often made by literally just a touch of a phone or even a tap of a smartwatch, cash still plays an important role in our society. There is a whole culture associated with coins, from finding a coin put by the tooth fairy beneath your pillow to throwing some loose change in the collection bin at the church. Such things are so ingrained in our society that I find it hard to believe that it could go away within a short period of time and be fully replaced by digital and card payments only.

But let’s imagine that technology evolves so quickly and governments and banks decide, for their own reasons, that cash payments are no longer an option. In my opinion, one of the main reasons many governments are pushing for digital payments is that they can be tracked relatively easily, with Bitcoin being one of the only noticeable exceptions, urging many banks to develop their own cryptocurrency. What will happen to the numismatic community?

If anything, I think the first few decades after coins and bank notes disappear from circulation there will be an uptick in the number of coin collectors. People that are alive today, and probably the next few generations, will no doubt remember a time where a payment did not involve a tap of a phone or a slide of a card. Many people are sentimental and I can see coin collecting becoming sort of a return to the past, to an easier time, where technology did not play as important a role in society. When nations replace their existing coins or bank notes, like when the European Union switched to the euro in 2002, many people keep a set of the old coins for old times sake. Not all of these people became collectors, of course, but some certainly did, and I can see that happen on a larger scale when a nation becomes fully cashless.


A few generations after the introduction of a cashless society, I can see the hobby taking a turn for the worse if the hobby is not promoted in the right way, much like stamp collecting has largely become a thing of the past (with the exception of high-end rarities, which perform extremely well at auction these days). The problem that stamp collecting has is that the majority of collectors did not adapt new technology to their advantage. When email and other online communication forms were introduced, handwritten letters and stamps became a thing of the past. If the stamp community, including both collectors and dealers, had taken this change as an opportunity to promote stamps, that hobby could have been very different today. Instead, stamp collection lingered on and today is nowhere as popular as it was only a few decades ago.

Coins have one major advantage over stamps: For many centuries, quite a few were made out of precious metals, and collector and bullion coins continue to be struck on planchets made from all sorts of precious metals. Even in a cashless society, these precious metals, such as gold and platinum will still be worth the value of their gold and silver content, and I believe investors will always be around to invest in bullion and coins of the past. This should give the numismatic community at least a boost in that direction, making sure that coins are not entirely forgotten by the time the grandchildren of our grandchildren come of age.

Of course, this is all hypothetical, and nobody can accurately predict what the future holds. Still, I believe (and I might be a bit jaded in my opinion here as a numismatic dealer and collector) that with the right marketing numismatics is a hobby that can flourish for many generations to come. It was called the “Hobby of Kings” in the past, and even though it is now a hobby for everyone, I sincerely hope and think it will be around for many centuries, even if the entire world became cashless.