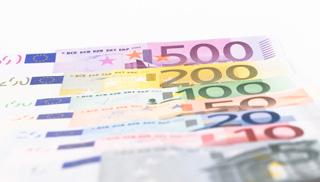 As I predicted last week, European officials early last Thursday cobbled together a so-called comprehensive agreement to address widespread financial problems within the Eurozone. This so-called agreement was reached under extreme time pressure so it could be presented at the G-20 Group of Nations meeting on Thursday.

Here’s a link to the official October 26 report:  http://www.consilium.europa.eu/uedocs/cms_data/docs/pressdata/en/ec/125644.pdf.

It doesn’t really matter whether the media reports accurate details about this proposed agreement.  The truth is that the agreement may be “dead on arrival.”  If not, I can just about guarantee that it will collapse quickly. If it does take full effect, then it will fail by 2012 at the latest.

Here are some of the problems of this agreement:

Second, on Monday Greece’s premier called for a national referendum on the agreement. Should Greek voters reject the plan, as the most recent surveys indicate is likely, the plan would collapse.

In order to keep the banks from being forced into bankruptcy, they are to be recapitalized by June 30, 2012 to the tune of $150 billion of fresh capital, with no agreement yet on where these funds will come from.

There is a further $140 billion financing program for the Greek government, part of which theoretically will come from the International Monetary Fund (IMF), of which US taxpayers are the largest contributors of funds.

The European Financial Stabilization Fund (EFSF) is to be increased from $440 billion to $1.4 trillion.  This increase in debt will be guaranteed by the European Union.

In theory, all of these bailouts are supposed to be funded from a result of huge economic growth and employment within the Eurozone.  It would also require extensive fiscal reforms by the member nations.

Let’s now go through some of the problems that will result in the failure of this rescue plan.

First, it was necessary that the banks holding Greek government debt “voluntarily” agree to an immediate 50% loss on the face value of the debt.  By being voluntary, the credit default swap hedges do not kick in.  The counterparties to these credit default swaps simply do not have up to the $150 billion that they would have to pay immediately if these derivatives were triggered.  All it would take is for a few of the debt holders to refuse this voluntary loss to cause the whole agreement to collapse.

Second, even though the mainstream media reported that the banks would be absorbing a 50% loss on their debt, the actual loss is much larger.  If the current Greek government financial position would call for it to be paying 20% interest on its outstanding debt, then having to pay off debt at 6% interest is worth less than face value.  The present value of a 30-year bond paying 6% interest is only about 36% of the bond’s face value if the real market interest rate would be 20%.  What that means is that the new replacement debt is worth only a fraction of face value.  If 20% is the effective interest rate for the Greek government, then banks holding Greek debt are really absorbing a loss of 72-73% of face value!

Next, the bailout enabling other governments to temporarily pretend that the Greek debt they are holding is worth face value is pure hogwash.  What will happen the next time that the Greek government is required to make billions of dollars of payments that it does not have?  Unless the printing presses are cranked up to turn out more Euros, foreign governments are eventually going to have to keep subsidizing the Greek government or else recognize huge losses on their Greek debt holdings.

And where is the European Financial Stabilization Fund is going to come up with almost another trillion dollars of assets? The European Central Bank will have to speed up the printing presses. How can you solve a debt crisis by issuing even more debt?

As for the spending restraints that are supposed to pay for this plan, they just aren’t going to happen. Government expenses need to be sharply cut immediately. Yet the document sets a goal for Greece to trim its government debt down to “only” 120% of Gross Domestic Product by the year 2020. This does not make sense as the historic record is that governments quickly collapse when debt reaches 100% of GDP. (Side note:  the US is also on the brink of government debt reaching 100% of GDP).

European citizens are resisting austerity programs. When Italy raised the mandatory retirement age from 65 to 67, to be implemented in the year 2026, that change nearly brought down the government! How will any European governments accomplish serious reductions in expenditures?

Further, how can other nations help when they are struggling with their own financial crises?

To me, it is a matter of when, not if, Europe’s fragile economic system collapses. In anticipation of growing problems, European citizens are aggressively closing their bank accounts and removing funds from accounts that are not closed.  Some of these funds are literally going under mattresses, which are now considered safer than banks.  Some of these funds are also being used to acquire gold and silver.

As the devaluation of the world’s currencies continues, gold and silver prices are bound to soar.  The price of gold rose more than 6% last week and silver jumped 13%!  Such results are not likely to continue in a straight line, but I expect much higher prices in the months to come.