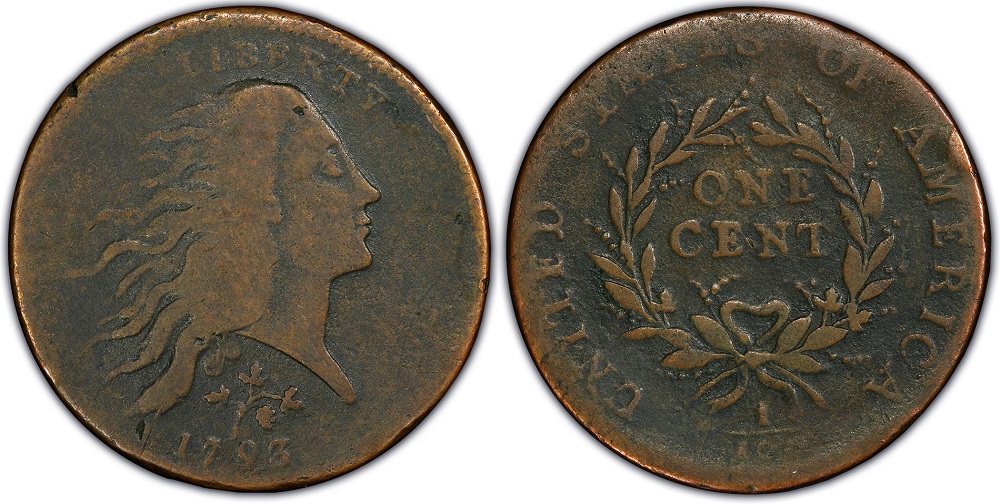 Santa Ana, California — The incredible ESM Collection of United States Large Cents realized over $4.6 million in the Stack’s Bowers Galleries August 2020 Las Vegas Auction, which was held during the same week as the PCGS Members Only Show at Bellagio Hotel and Casino. Offered as part of the firm’s Rarities Night session on Thursday, August 6, this was perhaps the most highly anticipated selection from the legendary ESM Collection.

Offered was a virtually complete set of large cents by Guide Book variety, spanning all issues from 1793 through the end of the type in 1857. Stack’s Bowers Galleries has presented small cents and half cents from the ESM Collection over the past several years. However, the large cents were considered the collector’s crowning achievement for its degree of completeness, quality, and overall rarity. Rarely has such an impressive offering of early, middle, and late dates been featured in a single sale, and the quality of the presentation attracted students of every Early American Copper series. (All prices include the buyer’s fee).

With over $4.6 million realized across 147 lots, the Stack’s Bowers Galleries sale of the ESM Collection of Large Cents emphasizes the firm’s expertise in presenting specialized collections amid challenging and rapidly evolving circumstances. Stack’s Bowers Galleries is now accepting consignments for upcoming auctions, including their monthly Collectors Choice Online sales, their November 2020 Baltimore sale of U.S. coins and currency, and their January 2021 NYINC sale of ancient coins and world coins and banknotes. Contact Stack’s Bowers Galleries today at 800-458-4646 or via email at  to take advantage of their proven success.

Topping off this amazing numismatic history is the inclusion of the world record for the highest price ever realized at auction for a rare coin, the 1794 Flowing Hair dollar graded PCGS SP-66 that realized over $10 million, part of their sale of the famed Cardinal Collection. The company is headquartered in Santa Ana, California, with offices in New York, Tulsa, Wolfeboro, Hong Kong, and Paris. Stack’s Bowers Galleries is an Official Auctioneer for several important numismatic conventions, including American Numismatic Association events, the New York International Numismatic Convention, the Whitman Coin & Collectibles Spring, Summer, and Winter Expos, and its April and August Hong Kong Auctions.