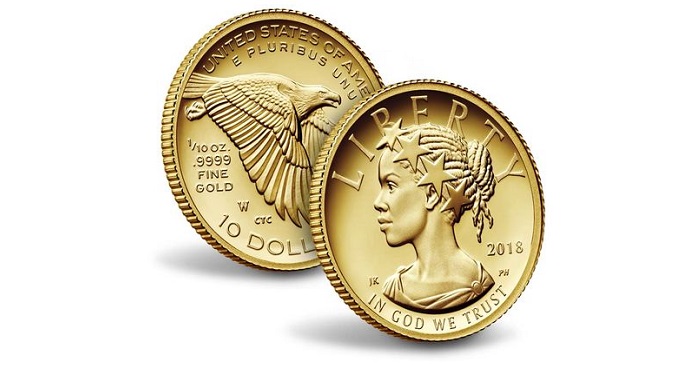 First day sales of the 2018 American Liberty $10 One-Tenth-Ounce Gold Proof Coin on February 9 were a dismal 9,852, which does not bode well for upcoming sales and secondary market performance.

There has also been relatively little discussion of this new issue in the blogosphere compared to the one-ounce, high-relief version of the coin released last spring — or other higher-profile coins for that matter.  Those who have commented typically either don’t like the coin or do like it but think it is overpriced and will trade close to bullion value eventually.

The lifting of the household limit on the second day of sales is not likely to have a very large impact since the dealers who might have considered large purchases will likely be deterred by the small number of coins sold so far.

Similarly, those collectors who were on the fence about the coin may look at initial sales and decide to pass on it since the early numbers suggest it will never sell out and will be available down the road for substantially under-issue price.

Those who make money of this issue will be dealers selling pre-orders for graded coins, but I have little doubt the price of graded examples will come down with time.

In the run-up to the coin’s release, there did seem to be a decent amount of enthusiasm for it. It is the first tenth-ounce Proof gold coin that was not an American eagle released since 2008 when the Mint issued fractional Buffalo gold pieces. It is also the first modern Liberty gold coin of its size. 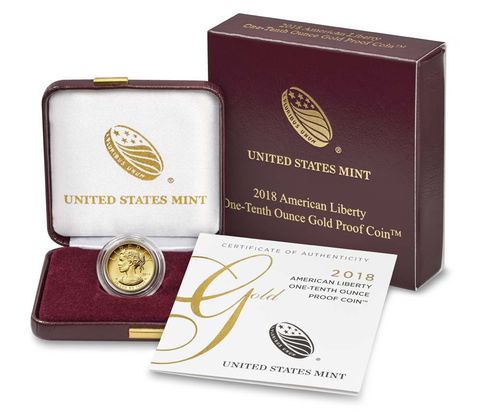 However, by the time the 2018 coin was released, much of that interest seemed to have waned.

So, what went wrong?

First, the maximum mintage of 135,000 is too high, especially in the current market, which is rather soft for both modern issues and bullion.

It is hard to determine in advance what max to set, especially for a new issue. The Mint should consider other options such as making an initial batch of around 25,000 coins, seeing how they sell, and not even announcing a maximum mintage in advance. It could do what the Mexican Mint does and not release mintages until sales have ended, which keeps buyers guessing.

Also, the price of $215 was problematic for many buyers, especially since the coin is not struck in high relief.  I see no reason why it should have been priced much higher than the 2018 $5 American Gold Eagle Proof coin, which, based on the new pricing grid, will be $187.50 if gold is between $1,300 and $1,350. It might acquire a few dollars more since the coin requires its own dies and packaging, so $195 would have been about right and would have likely brought in more buyers. 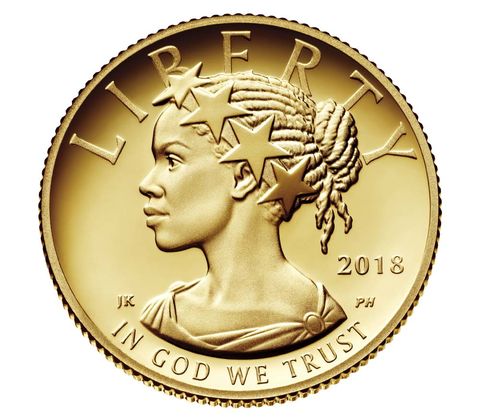 A third issue is that collectors remain divided on the design since it was first selected by the coin design review committees — and this dynamic most likely suppressed sales. As it happens almost every time, the design is discussed by collectors in an online forum. The usual comments appeared to be about how “ugly” the design is, or how the stars in Liberty’s crown are too big on forums like the PCGS message board.

I also saw comments intended as a criticism of the plan to release future coins with Liberty depicted with other ethnicities such as “an Oriental or Persian. . .”

Another poster said: “It is obvious to me that some responding to this thread and other threads with the liberty are based around their un-comfortability with the ethnicity of the profile, masked by their distaste of the design. Such is life.”

Still, others said they had no issue with the ethnicity but simply did not like the design and compared it to the Susan B. Anthony dollar.

As the French say, “The more things change, the more they stay the same.”

Fourth, the African-American Liberty design has now appeared on two gold coins and five silver medals in the past year, which is too much for one design, even if it was intended to be the centerpiece of the Mint’s 225th anniversary program.


Those who could not afford the $100 gold version were able to purchase the silver medals last year, so to make the tenth-ounce version appealing, it needed something else, and that something would probably be a high relief strike.

The mint has never issued a high-relief gold coin of a tenth-ounce, and only three large high-relief gold issues in the modern era — not to mention that no silver coin of this type has ever been issued.

High-relief issues are something buyers want and that they get from other mints.

At the same time, one could make the case that since the U.S. Mint has not yet figured out how to strike high-relief coins without reducing the size of the diameter, as some foreign mints have been able to, a tenth-ounce Liberty high-relief coin would have been rather tiny.

The bottom line lesson is that the Mint needs to do more than recycle the same designs in different metals and sizes. If collectors are going to pay a considerable premium, they want something that is special. As such, those who market collector coins at the Mint would do well to develop a keener sense of what today’s collectors of modern U.S. coins want.