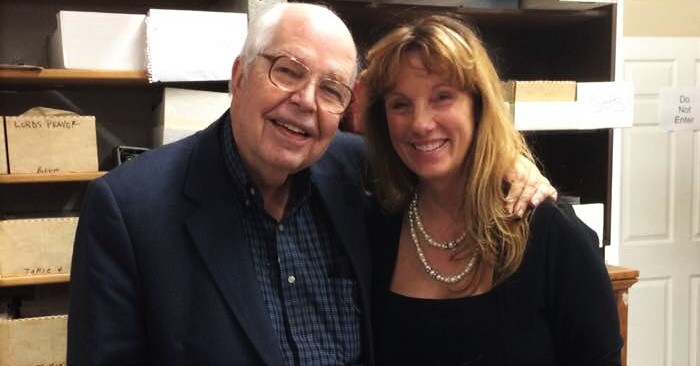 Dave Bowers with Mary L. Martin. Dave first co-authored The Postcards of Alphonse Mucha with Mary’s mother (also named Mary L. Martin). Her daughter, seen here with Dave in a back room of her shop in downtown Havre de Grace, recently updated the book with him.

What do numismatics (the study of currency) and deltiology (the study of postcards) have in common? Much more than you might think. Both studies make extremely popular collectible hobbies in the forms of coin collecting and postcard collecting, respectively, and both are a method of preserving and studying history. 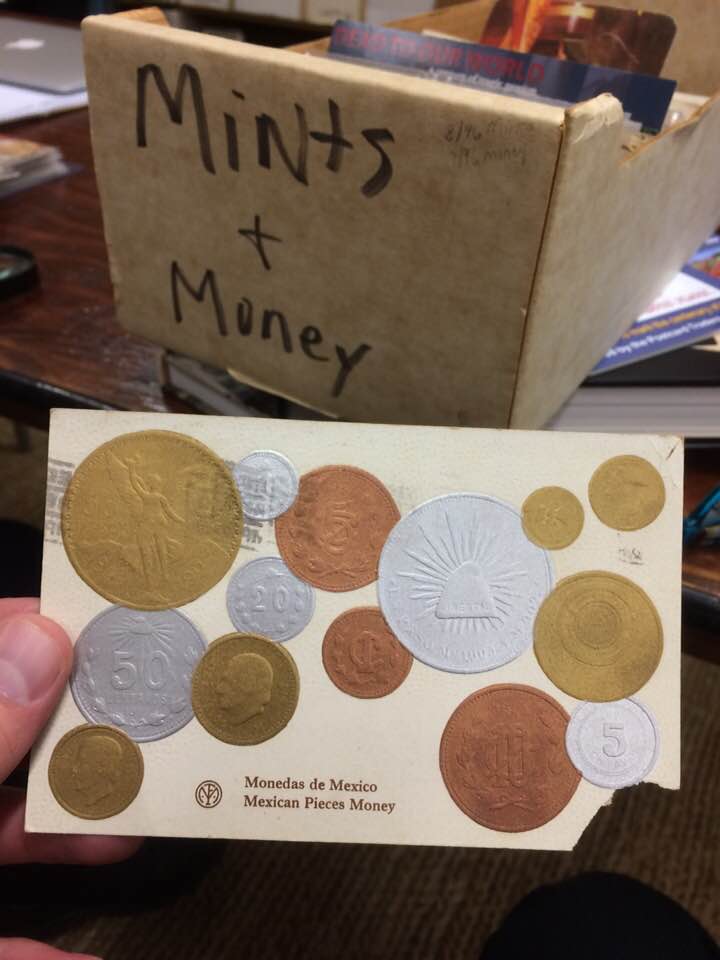 In fact, it was not uncommon for postcards to feature U.S. and world coinage, in addition to other numismatically relevant information. 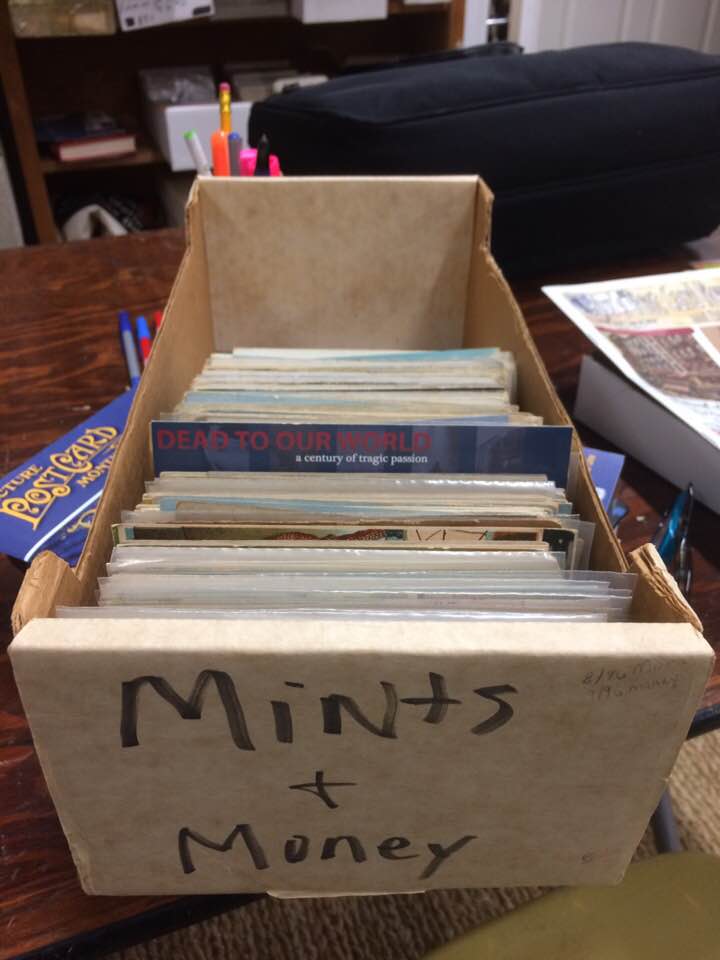 An assortment of numismatic postcards.

There are also a number of postcards that have prominently featured beloved holidays, including my personal favorite: 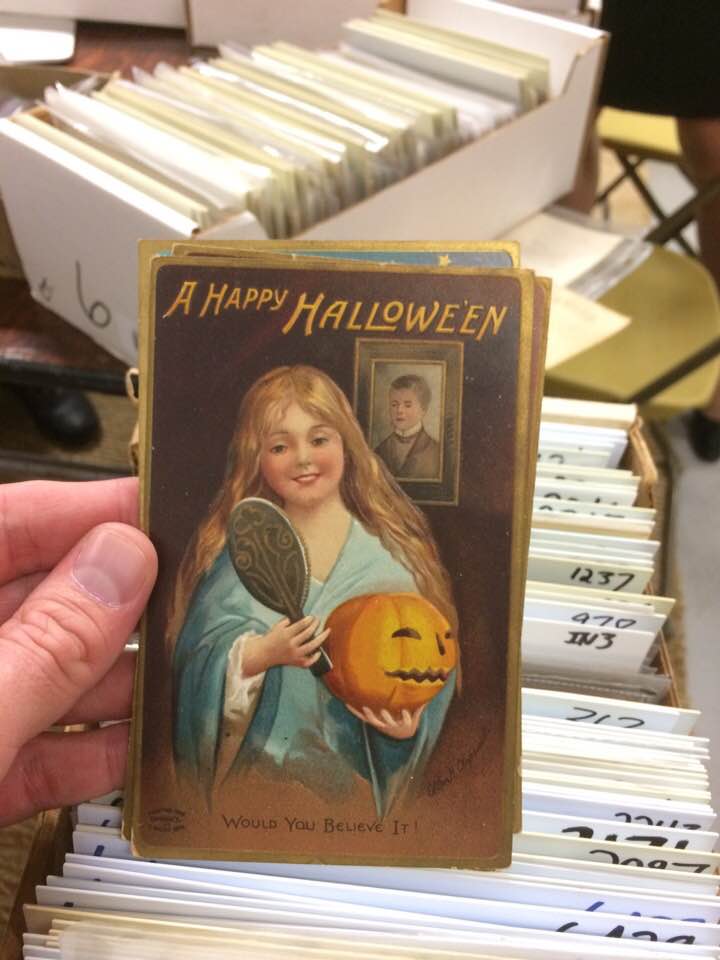 Given the overlap between these two extremely popular collecting hobbies, it is no surprise that numismatic icon Q. David Bowers is teaming up with postcard powerhouse Mary L. Martin to co-author the upcoming Guide Book of American Postcards.

You know Dave Bowers as the prolific author of some 50 numismatic books on coins, paper money, medals, and tokens. You might know he’s written standard references on a few of his other interests, such as automatic music machines and early silent-film history. Did you know he’s also a fixture in the field of deltiology (postcard collecting)? I spent yesterday with Dave in Havre de Grace, Maryland, and with Mary L. Martin, coauthor of his soon-to-be-released Guide Book of American Postcards. Mary is the owner of the biggest postcard dealerships and shows in the United States. Between the two of them, they know 99.99% of American deltiology. It was a fun day, and this is going to be a great book! There’s considerable crossover between coin collectors and postcard collecting — surprisingly, maybe even more than between stamp collectors and postcards. If you’re a history buff and love beautiful art, and you’re not yet into postcards . . . BEWARE! (You thought the COIN BUG bit hard!)

Stay tuned for more information about the upcoming Guide Book of American Postcards!