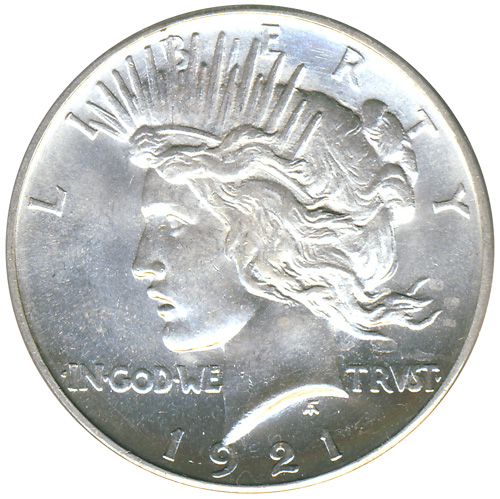 Three times a year Whitman Publishing runs a highly acclaimed coin show in Baltimore, Maryland called the Baltimore Expo (http://www.whitmanexpo.com). The show is widely viewed as a barometer on the state of the coin market.

Throughout the economic downturn that began in 2008, the coin market showed signs it was cooling off after years of heightened activity. Many dealers and collectors were forced to liquidate many of their coins because of economic troubles.

But after spending a day talking to dealers and collectors at the most recent Baltimore Expo held March 31-April 3, I can report that the coin market is alive and well. Today, the numismatic market seems to be recovering, and most dealers expect it to continue to improve as the economy gets better.

Years ago most coin dealers’ did much of their business at coin shows, but in the age of the internet, many collectors prefer to go online to buy coins, especially if they can get a good scan of the coin they want. As one dealer told me, the internet is “killing coin shows.”

There is no substitute for evaluating a coin in person, especially if it is major purchase. And a show allows one to easily examine multiple examples of the coin you are looking for so you can find the one that is the best value for your money. If you are selling, you have the advantage of getting multiple offers by going to several dealers’ tables. Never sell based on one offer, even for bullion. And look for a dealer who specializes in the type of item you are interesting in selling. If it is something they specialize in, they are likely to give you a better price than a dealer who does not focus on that type of coin.

It is important to be prepared when going to a show. When you first arrive, I’d suggest getting the lay of the land before you start making important decisions. If you can afford it, subscribe to the Coin Dealer Newsletter, or “greysheet,” so you know what dealers are paying other dealers for coins you may want to buy or sell. You can purchase one issue without subscribing for a whole year. Dealers don’t have lots of time to negotiate, so you need to be prepared to act quickly without making mistakes that may hurt you.

Coin dealers have a reputation for not always being friendly at coin shows because they are so busy buying and selling and doing large wholesale deals.

But I have found precisely the opposite to be the case with most dealers unless they are having a bad day, dealing with too many people who are just looking, or getting “nickel and dimed”. If you are respectful and sensitive to whether they are in the middle of something important, most are more than willing to talk coins with you. You can often get a quick, free appraisal of your coins if a dealer has the time. They seem to enjoy sharing views on coins and the coin market, especially with knowledgeable collectors and investors. I have also seen them show great patience when explaining the basics to less experienced collectors, again time permitting.

And in this age of increasing social alienation, coin shows are a fun way to spend a day or more talking with fellow collectors. The Baltimore Expo is almost always well attended by collectors and a large cross-section of dealers from across the country.

Baltimore, or Charm City, as the locals call it, is also a terrific location for a large coin show. It has a large convention center downtown near the famous Baltimore harbor, putting it within walking distance of all kinds of eateries, bars, and many other local attractions. And although it is a major city, Baltimore has an almost small town feel to it. While one always need to be on guard especially if carrying coins, Baltimore is a city where you will feel relatively safe if you make reasonable precautions.

The latest Baltimore show was very well attended, and millions of dollars of business was transacted there. Collectors came ready to purchase collector coins and bullion, and dealers reported that sales were quite brisk. All but one smaller dealer I talked to said they were having an excellent show.

Laura Sperber of Legend Numismatics, an industry leader, said her company sold over $1 million in coins at the show, and that this was perhaps their best Baltimore Expo ever.

Other dealers I talked to reported that sales were excellent, and that they definitely did more selling than buying. This was the case for dealers who sell collector coins and those who specialize in bullion. 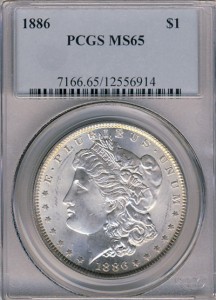 Right before the show common date Morgan dollars graded MS63-65 by PCGS or NGC, which had already increased steadily almost every week since October, saw another large increase in bid and ask prices. Some dealers said they thought this was driven by speculators and telemarketers, and that MS65 Morgans, which are now retailing for about $200 a coin and more, would cool off after all the recent increases.

But most said they believed this segment of the market would stay hot in part because of rising silver prices. One dealer told me he does quite well by buying rolls of average uncirculated Morgan dollars and having them graded. Most come back as MS63’s and MS64’s. With MS64’s selling for approximately $100 each, he can make good money from rolls that cost him $800-900 for twenty coins.

Normally a collector selling to a dealer will not get greysheet bid unless they have very scarce and desirable coins the dealer can’t readily acquire from other sources. But I talked to a dealer who said he will pay full greysheet bid for common date MS65 Morgans like the 1881-S, which at the time of the show was $175. He sells the same coins for $185, or current greysheet ask. But most will pay in the $150-165 range depending on their needs. These same coins retailed for less than $150 not long ago.

Whitman does a very good job running the Baltimore Expo, which it bought from another company several years ago. The latest show included the first auction held by the newly merged company formed by Stack’s and Bowers Galleries and headed by Chris Napolitano.

In addition, the Liberty Seated Collectors and Early American Coppers Clubs held meetings; well-known Abraham Lincoln impersonator Dennis Boggs was on hand; there were various activities for children; and the authors of a major new Whitman book, The Secret History of the First U.S. Mint, Len Augsberger and Joel Orosz, were there to talk about their book and display artifacts from the first U.S. Mint. The movie, “Dear John,” was shown because coin collecting is an important part of the film.

PCGS and NGC were there to accept submissions to have coins professionally graded.  Graders were not present, so no on-site grading could be done.

The Whitman booth had on display an innovative new tool to help coin show attendees find the specific coin they want from the displays of the hundreds of dealers at the show. It is called the Whitman Compass and will be available beginning with the June Baltimore Expo. Dealers are invited to enter their stock into a database before the show starts so that show attendees can quickly determine which dealer has what they want and go straight to them without spending lots of time trying to find that one special coin.

The recently-created Gold and Silver Political Action Committee held a fund raising reception hosted by Rep. Lamar Smith of Texas. Dealer and former ANA president Barry Stuppler gave a presentation on counterfeit coins from China. Mr. Stuppler, who is president of the PAC, described it as “an effort to elect public officials with a better understanding of the numismatic community and precious metal community and pending legislation and regulatory issues that could positively impact or adversely affect the hobby and profession.”