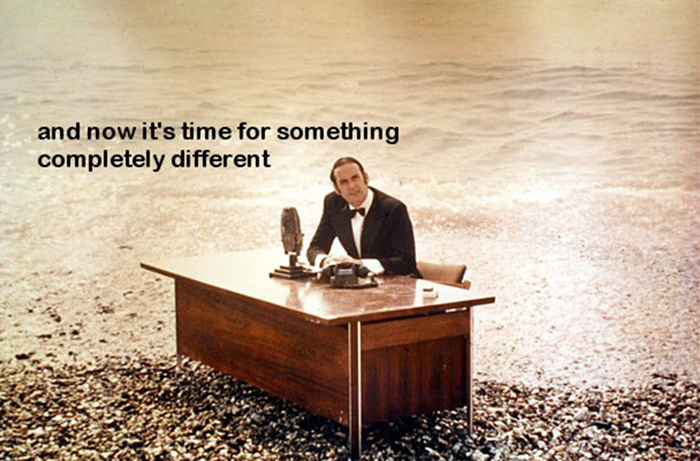 Blogger Kendall Bailey, who frequently writes for Coin Update, has some great ideas for breathing life into what many fear is a dying hobby. Last week, we shared his “Real-world ideas for promoting numismatics.” This week, we’re sharing his follow-up piece, “A different kind of coin club.” Take a look and let us know your thoughts in the comments—or head over to TheCoinBlog.net to read the original post there.

I recently blogged about ways to promote collecting. One of the ideas was to start a coin club that had no membership fees and a flat power structure (no hierarchy). Since then I have heard how I was wrong. I’ve heard how fees and the typical structure are essential to a coin club’s existence; they are inseparable. While I appreciate those who try to correct my misguided ways (and thank you for reading), I’m not going to roll over and call it a bad idea without exploring the how it might work.

The club will need money, no doubt. I think asking people to pay for membership discourages those who are on the fence about joining or those who may just want to sit in on a couple of meetings to figure out if they belong. I see a lot of annual fees ranging between $10-$20; not a lot of money. But I don’t want to pay $20 to join a club just to realize it was a colossal mistake. That’s twenty bucks I could have spent on coins! But if membership is free, what have I got to lose? Might as well check it out and see how it feels.

I believe coin clubs exist for the good of members and non-members alike, doing what they can to spread the word about the hobby and educate those who are keen to learn. I also believe that in a world where I am able to provide a monthly coin giveaway with no expense to myself or the website, that membership fees can be avoided with a little creativity.

Removing fees from the equation, what are we left with? Here are a handful of ideas.

It was brought to my attention that you need a professional auctioneer to hold a coin auction. To avoid disputes between bidders, a professional auctioneer is necessary. So, let’s remove all audio from the picture. Make it a silent auction. Think of it as eBay in real life. Have a set time limit for people to write down their bids on the coins, you can bid more than once on any lot your choose, and when time expires, that’s it. Highest bidder gets the coin.

Or, to make it a little more interesting, what about a blind auction? Everyone writes down their bid on a specific lot and puts it in that lot’s envelope. If there is a tie for highest bid, the people involve bid again in the same fashion.

Ever been to an auction that didn’t offer some kind of food and drink? I haven’t. The club can sell concessions at the auction as a fundraiser.

Are you wondering who will pay for the venue? No one needs to pay for it, or, at least, not pay full price. Think of all the people you know, every single one. Do any of them work for, or are members of, an organization with space for an auction? I can think of two friends off-hand who do. One works for a church that provides free meals to the public. Bam! That’s space and a kitchen. I have another friend, and this one collects coins, who is a firefighter. I’ve been to the fire station he works out of, they have a big room that would work well for a coin auction. I think one of them, probably both, would be able to help me swing a deal for the space. Maybe it wouldn’t be 100% free, but I have a hunch it wouldn’t be too pricey, either.

What could be more appropriate for a coin club fundraiser? You set out large plastic jars, one for each team (more on teams in a second). The team with the most pennies in their jar at the end of the contest wins. But wait! It gets better! You can sabotage a team’s jar by placing money other than pennies in it. The total of all money that isn’t a penny must be removed from the team’s penny count. So, if you put a dollar bill in a team’s jar, that team would have 100 pennies removed from their total.

You wouldn’t necessarily have to have teams. For instance, it would be fun to combine this fundraiser with a kiss-a-cow/pig/donkey type contest. Whoever has the most pennies in their jar has to do the smoochin’. Maybe you could get some people involved who are well known locally. I wouldn’t mind seeing a member of our city council kiss a pig.

Another nice thing about this fundraiser is that you can run it for as long as you want. It’s not a one-day thing.

It wouldn’t hurt to try running a crowd funding campaign. They run like this:

Remember, it is a fundraiser, not a coin sale, so there is nothing ethically wrong with giving someone a wheat penny for $1. They are supporting your cause and get a keepsake in return. Also, you can use anything as prizes, it doesn’t have to be coins.

Abolishing membership fees is easy compared to this. We are so used to the titles and offices in organizations that a group without them looks, from the outside, like anarchy.

Titles are a way to let everyone know what our job is. When people heare we are the president of something it becomes immediately clear that we are in charge. It is also clear that the treasurer does the books and controls the money, the secretary keeps meeting notes and possibly heads up work on club publications, and the vice president is second in command, filling in for the president as needed and heading a few initiatives of their own.

What happens if the president is also the best suited to head up club publications or keep the books? Or what if the secretary happens to be a dynamite leader but someone else is president? In either of these situations toes are going to get stepped on. Also, many clubs have a problem where the same people hold their office for decades, not allowing younger members to “move up” or take a more active role.

To make my flat structure idea work all we need is a few simple rules to get us started. (Remember, we are doing away with titles, not rules.)

Methods to settle disputes are best left to individual clubs to decide.

That’s all I have for now. Please remember that there is nothing wrong with how clubs currently operate, they just aren’t for me. So, I am offering these alternative ideas as a way to foster thought and innovation for those who may want to start a club. I am one of them.   ❑
Share: