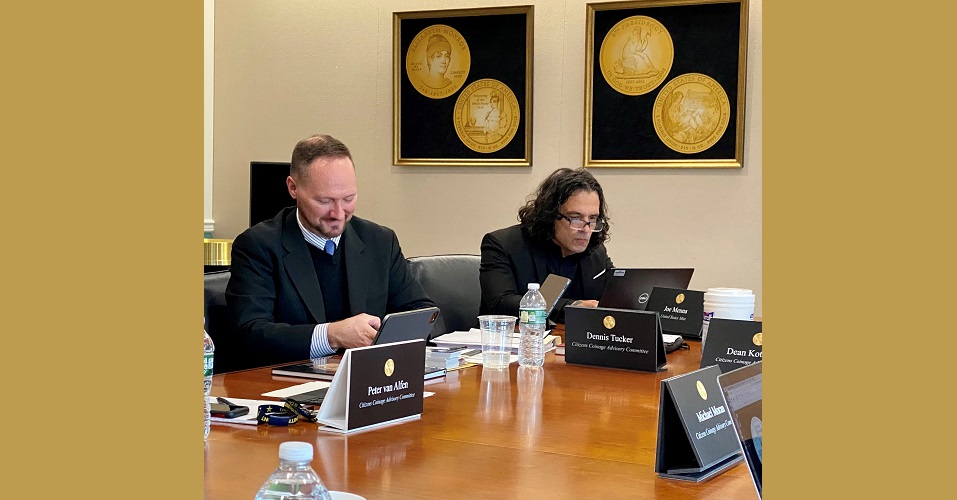 The Citizens Coinage Advisory Committee met in person for the first time in more than two years on Tuesday, June 14, 2022. Because of federal COVID regulations, the group had been meeting virtually since its last in-person gathering in January 2020.

The CCAC is a congressionally authorized public committee that advises the Secretary of the Treasury Department on matters relating to U.S. coins and national medals. It includes three members representative of the general public; four members appointed by congressional majority and minority leadership; and four specialists in numismatics, numismatic curation, American history, and sculpture or the medallic arts.

“Our online meetings over the past two years have been productive,” said numismatic specialist Dennis Tucker. “We’ve addressed the full range of circulating coins, commemoratives, bullion, and national medals. But there’s an energy and depth of dialogue that you can only get with face-to-face meetings.” Tucker, publisher at Whitman Publishing, was appointed to the committee in February 2016. 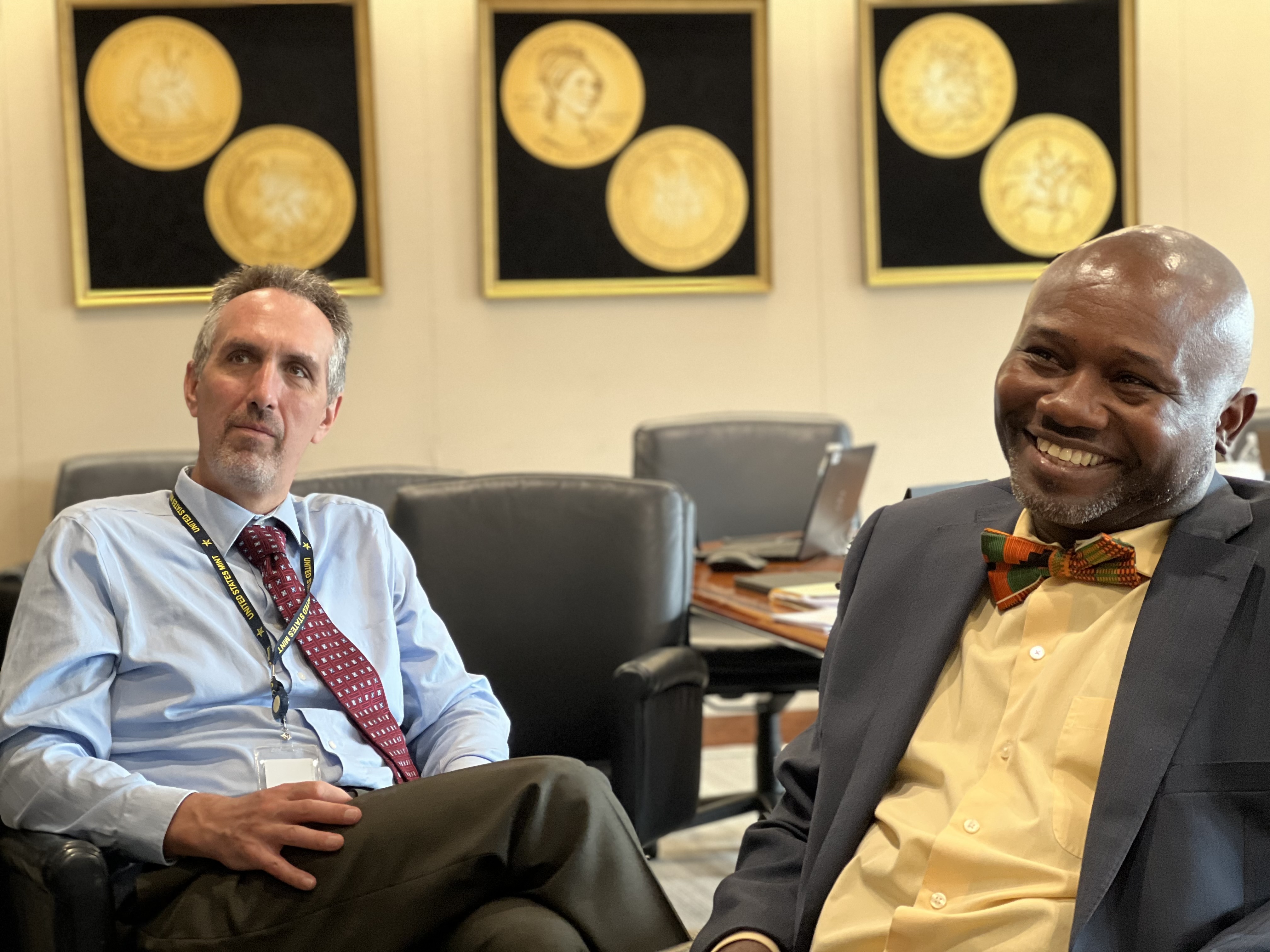 “My colleagues at the CCAC are a team of extraordinary and dedicated public servants,” said Dr. Harcourt Fuller, the committee member recommended by the Speaker of the House of Representatives. “It was really great to finally be in the same room with them, to witness them in action, after only seeing them virtually since my appointment.” Fuller, a history professor at Georgia State University, Atlanta, joined the committee in October 2021.

Dr. Peter van Alfen, the committee’s specialist in numismatic curation, echoed the sentiment. “I’ve known a few of the CCAC members for some time now. Others I’ve only met virtually,” van Alfen said. “After nearly two years of working closely with these colleagues, it was a real pleasure to finally meet them in person, as well as the U.S. Mint staff, to see who they are away from the virtual workspace and to have a chance to talk with them about things other than coins. I came away from our in-person gathering full of still greater respect for my colleagues and for the work that we do on the CCAC.” Van Alfen, chief curator of the American Numismatic Society, joined the committee in August 2020.