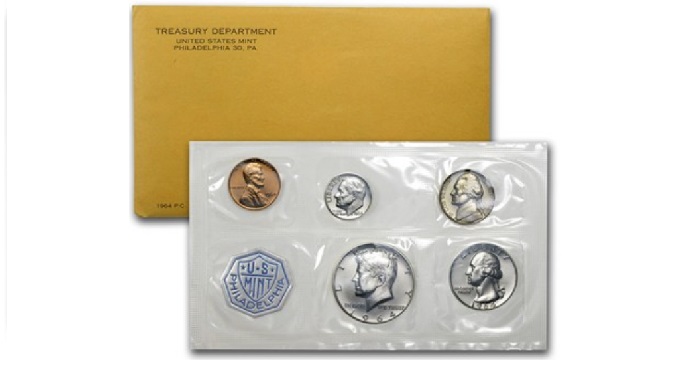 Given the fact that we are now celebrating the centenary anniversary of the birth of President John F. Kennedy, I thought it would be prudent to discuss the first sets from the Mint to include the Kennedy half dollar: the 1964 U.S. Mint Proof Set and 1964 Mint Set. Each of these sets also included the Lincoln cent, Jefferson nickel, Roosevelt dime, and Washington quarter. The Proof Set coins were from the Philadelphia Mint, whereas each denomination in the Uncirculated Mint Sets was represented by a coin from Philadelphia and another from Denver. A notable feature of the 1964 sets is that they were the last ones to contain 90% silver coins (1964 was also the last year 90% silver coins were issued for circulation). 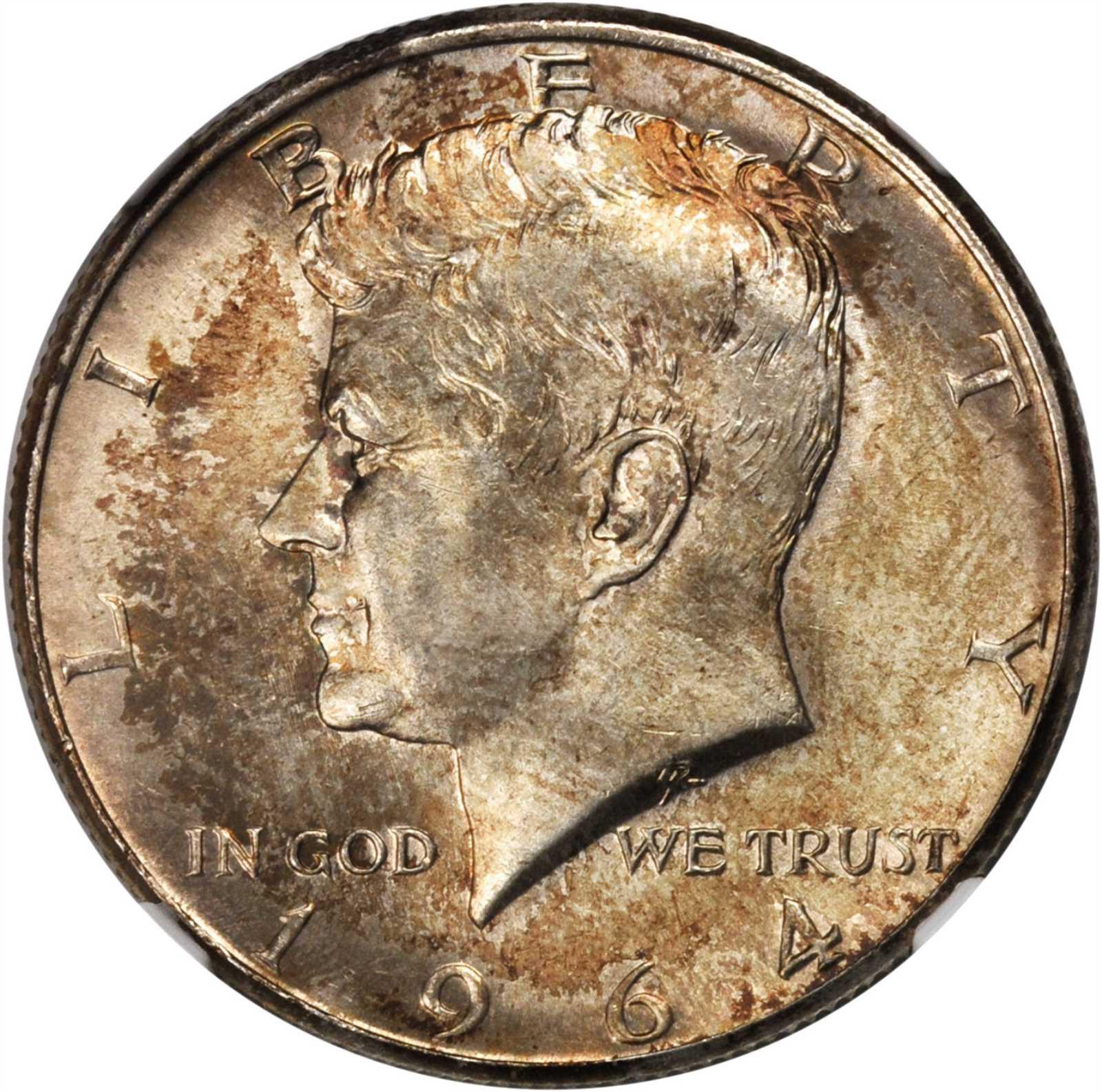 The Kennedy half dollar was authorized by Congress only a month after the late president’s assassination in 1963, and it was first minted in 1964.

The set is currently available on APMEX for just $29.99. It is presented in a cellophane flat-pack, with some sets containing the original Mint envelope that came with the set.

What do you think of Kennedy half dollars in comparison to other United States coinage? Personally, they are one of my favorites for their consistently high quality and often striking eye appeal. Proof sets of this nature are a quick and affordable way to accrue a sizeable collection of Proof quality coins.