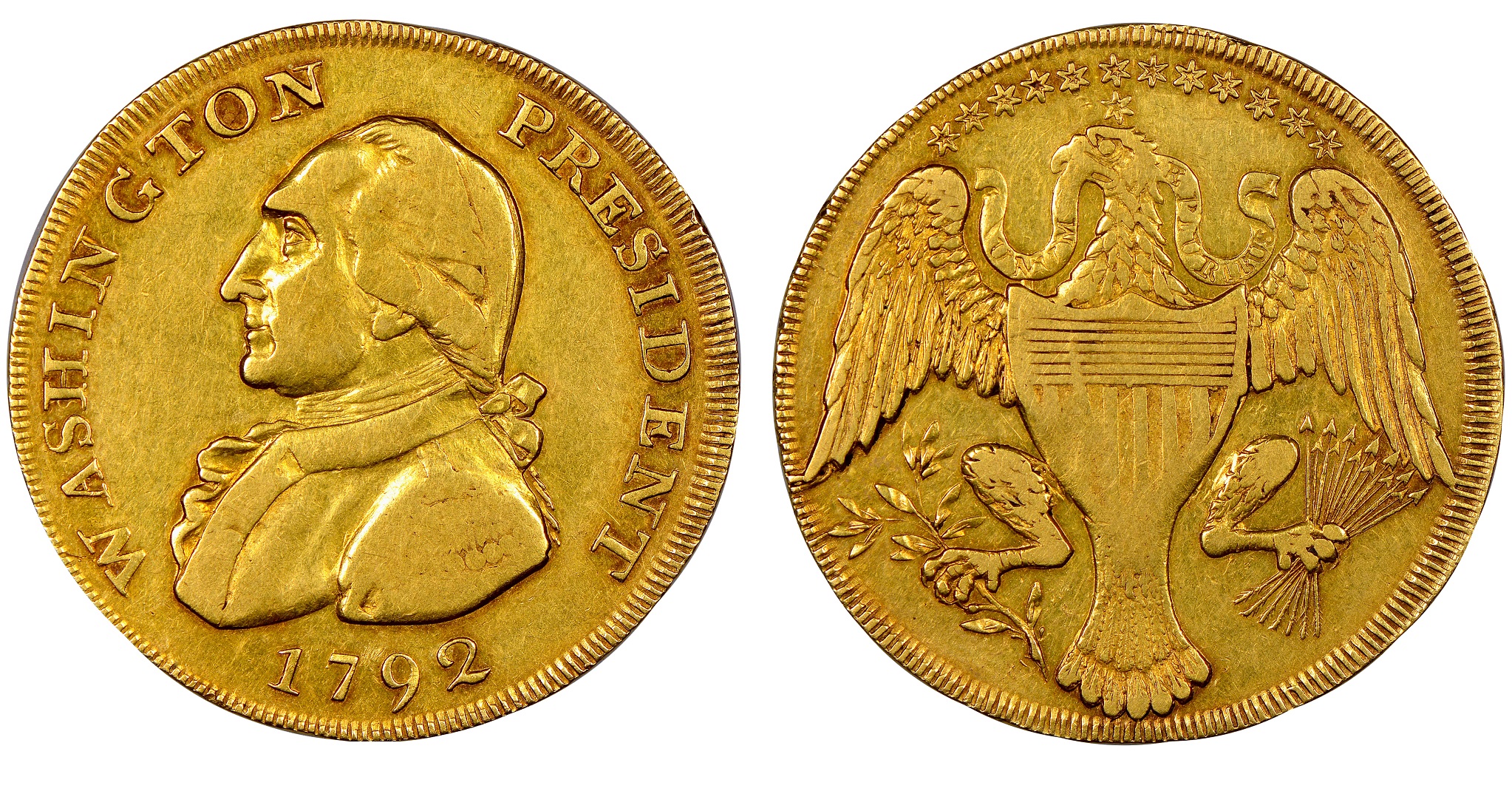 Offered in first public auction since 1890; all net proceeds donated to charity

Philadelphia, Pennsylvania (August 16, 2018) — A one-of-a-kind 1792 gold coin believed by its previous owner to have once been a cherished memento of U.S. President George Washington sold for $1,740,000 Thursday, August 16, in Philadelphia by Heritage Auctions. This is the first time the 1792 $10 Washington President gold eagle pattern coin appeared at public auction since 1890; 100 percent of the net proceeds will benefit charitable causes.

It also holds the historic distinction as the earliest gold pattern coin submitted for consideration as a United States coin. “Numismatic researchers widely agree it is one of the most important coins in American history,” said Jim Halperin, Co-Founder of Heritage Auctions.

Since 1792, the coin has been owned by just eight elite numismatists, who traded it privately for 128 years. Prominent collector and author Eric P. Newman acquired the coin in 1942, and it has not changed hands since.

Newman, a numismatic scholar, died in 2017 at the age of 106 and is credited for creating one of the nation’s most significant coin collections. Since 2013, more than 19,000 lots from Newman’s collection have sold for over $72.9 million at auctions conducted by Heritage, with all net proceeds benefiting various charities.

Despite his vast collection, Newman considered the 1792 Washington gold eagle his favorite coin of all for a special reason. Newman believed the Washington gold eagle was not produced because legend stated it defied the president’s own edict that his likeness not appear on any U.S. currency to avoid appearing as a monarch to the new democracy.

“To my father, George Washington was a personal hero,” son Andy Newman said. “He considered Washington’s refusal that our country’s first coinage depict his own image on it to be an emblematic example of Washington’s profound humility and willingness to put country before self.”

Items being sold are from the extensive collection of Eric P. Newman Numismatic Education Society (a Missouri not-for-profit corporation) and have been assembled over a period of 90 years. Proceeds of the sale of all items will be used exclusively for supplementing the Society’s museum operations and scholarly numismatic research efforts and for the benefit of other not-for-profit institutions selected by Eric P. Newman Numismatic Education Society for public purposes.