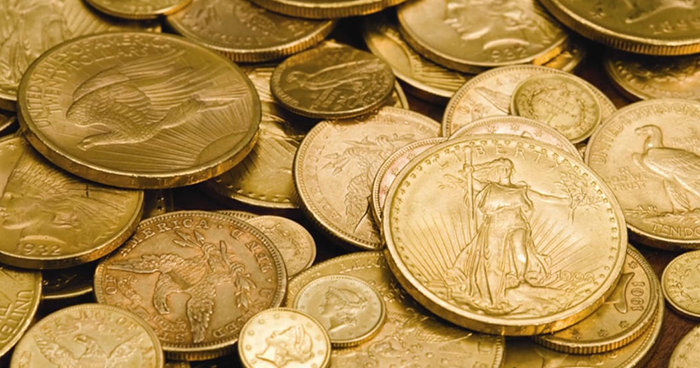 The advisory notes that senior citizens make up about 14% of the U.S. population but account for 60% of the callers to the National Fraud Information Center.

Paxton’s advisory cautions consumers and investors: “If coins you bought as an investment would have to double or triple in value before any gain could be realized, you may have been a victim of fraud.”

Entitled “Consumers Should Do Their Research Before and After Investing in Gold Coins,” the advisory emphasizes the crucial importance of working with reputable dealers to help avoid paying too much when buying or receiving too little when selling. Paxton’s office recommends researching dealers through the Better Business Bureau, the American Numismatic Association, the Professional Numismatists Guild, Professional Coin Grading Service, and Numismatic Guaranty Corporation.

“By issuing this important consumer-protection advisory,” said Fuljenz, “Texas is not only assisting Lone Star state residents but providing nationwide benefits to the public who can access this useful information online. Attorneys general across the country now also have a template to provide consumer-protection advice to their residents about buying and selling gold bullion and gold coins.”

Among other tips in the Texas attorney general’s advisory:

The full consumer-protection advisory from Attorney General Paxton is available online and as a printable PDF document at www.texasattorneygeneral.gov/cpd/gold-coins.

Regretably, due to print limitations, additional buying and selling tips were excluded, said Fuljenz, including advice about return privileges and avoiding false grading claims, and urging caution if sellers receive certified money orders or certified checks from unknown buyers because they could be counterfeit. All 10 of the additional consumer-protection tips are available online at www.MikeFuljenz.com/goldtips.

At Fuljenz’s request, the following are among the precious-metals industry leaders who provided input to him for the advisory. Their names are listed alphabetically with affiliations given only for identification purposes.

Universal Coin & Bullion (www.UniversalCoin.com) president Michael Fuljenz has won more than 60 prestigious national and regional awards and honors for his consumer education and protection work in rare coins and precious metals. He is on the boards of directors of the influential Industry Council for Tangible Assets and Crime Stoppers of Jefferson and Hardin Counties, Texas; and is a member of the prestigious Professional Numismatists Guild, which honored him along with Doug Davis and Jerry Jordan in 2016 with its Sol Kaplan Award for helping to fight numismatic-related crimes.   ❑

For in-depth information on buying and selling gold, check out Whitman Publishing’s gold “toolkit,” GOLD: Everything You Need to Know to Buy and Sell Today, just released in a newly updated second edition.