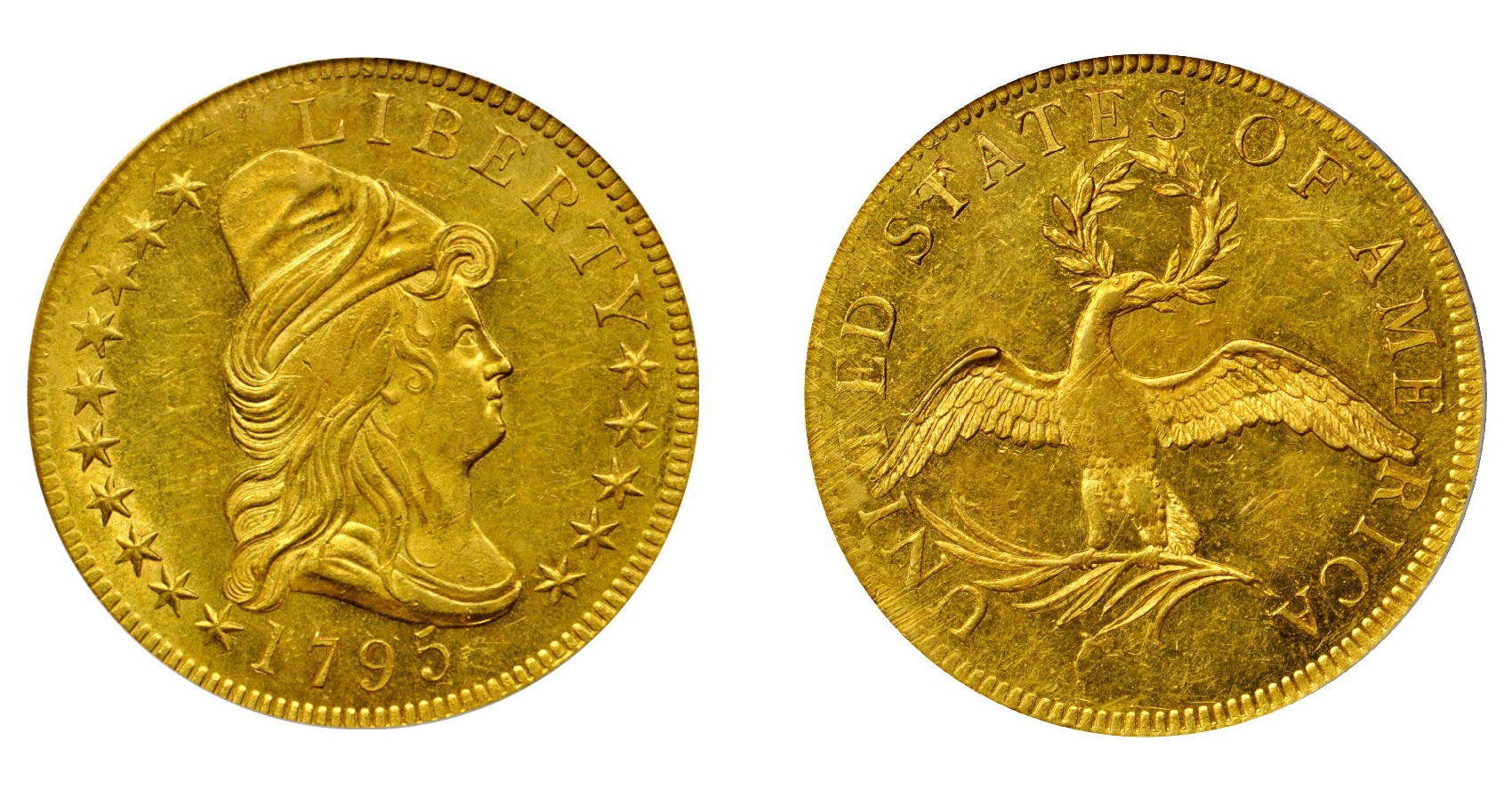 Santa Ana, California (August 16, 2019) — A milestone in early American numismatics was realized at the Stack’s Bowers Galleries Official Auction at the ANA World’s Fair of Money, where the incredible Anthony J. Taraszka Collection of 1795 to 1804 $10 gold eagles was sold to a standing-room audience on the evening of Thursday, August 15. The catalog featured 41 coins, comprising every known variety from 1795 through 1804. When the auctioneer’s hammer fell on the final lot, the collection had realized over $3.2 million (all prices include the buyer’s premium). Formed over many decades beginning in the 1980s, the Taraszka Collection was one of just two comprehensive collections of early $10 eagles ever formed, with the other being the Harry W. Bass, Jr. Core Collection. A skilled scientist and consummate researcher, Anthony J. Taraszka created what became the standard and only book dedicated specifically to this series, United States Ten Dollar Gold Eagles. Most of the coins sold by Stack’s Bowers Galleries were featured as plate coins in this reference. Published 20 years ago in 1999, it has stood the test of time and remains a rich source for anyone seeking information on early gold eagles, from die states to rarity to minting history. 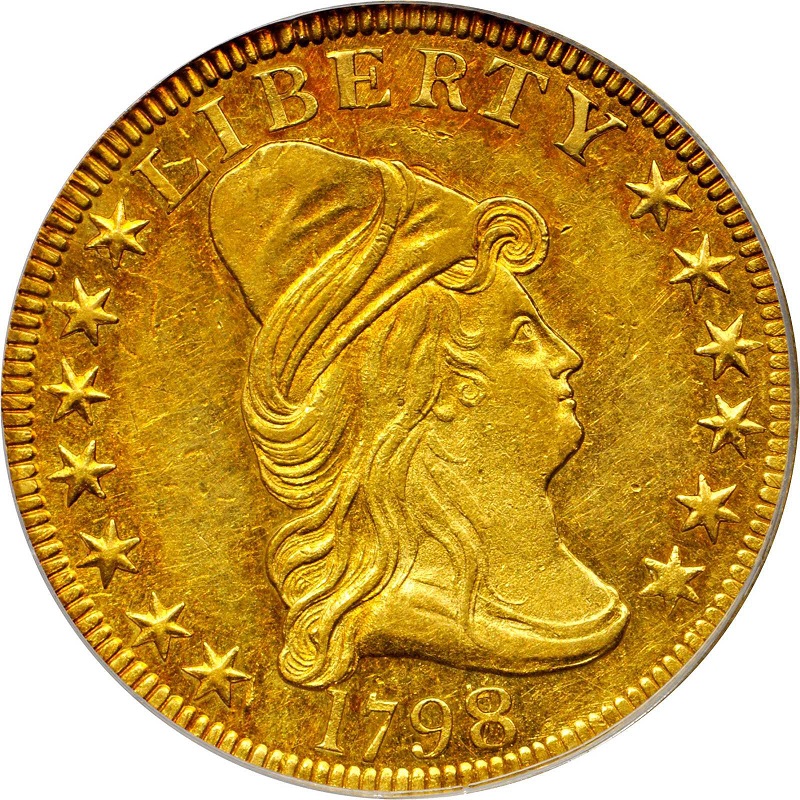 Each coin in the Taraszka Collection was certified by PCGS, and all but one piece were awarded grades of About Uncirculated or Mint State. Included among the Choice Mint State pieces was the fabled 1795 Nine Leaves $10 found in lot 4004. Graded MS-63 by PCGS, it realized $630,000 after intense bidding. Additional highlights from this collection included an MS-62 (PCGS) example of the 1795 13 Leaves type that sold for $144,000 in lot 4005, and a 1798/7 Stars 7 x 6 eagle graded AU-58 (PCGS) that brought $384,000 in lot 4015. Stack’s Bowers Galleries’ presentation and sale of the Taraszka Collection of 1795 to 1804 $10 gold eagles was a landmark event of the 2019 auction season, capturing the attention of type collectors and specialists alike. For more information about this collection, or to discuss consigning your own treasured collection, contact Stack’s Bowers Galleries at 800-458-4646 or visit Stack’s Bowers Galleries online.