When in Tallinn, one of my all-time favorite places to relax and have a cup of hot spiced wine is its most visited observation point. Situated at the end of Kohtu Street in Toompea, it is one of the highest points in the old town and rewards the onlooker with a spectacular view over the many surviving towers which connect and support the city’s impressive medieval wall as well as an unforgettable view of the port of Tallinn. The exceptional location also accords you the opportunity to see the latest additions to the ever-growing skyline of this fast-developing city, literally on the Baltic Sea. 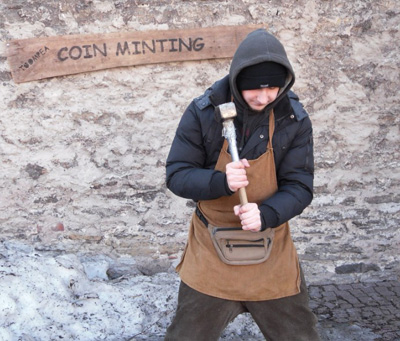 Last year and during my recent visit, I encountered a traditional coin minter who produces copper souvenir tokens made the old fashioned way, with hammer & die and… sheer strength! 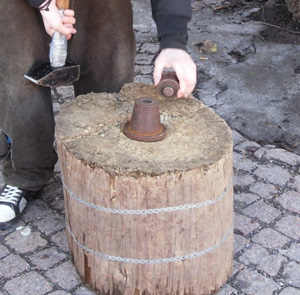 Joseph the coin minter can be found at the top end of this premier observation vantage point. The walk up to Kohtu street is well worth it, first for the amazing bird’s eye view of the lower half of the old town but also for those of us who are coin enthusiasts, to visit Joseph, watch him strike a token and collect your newly struck copper souvenir depicting a European capital which has managed to preserve the best of its old-world past and transports you neatly back in time.

Don’t be surprised if there is a long line of enthusiasts waiting for their copper souvenir during the height of the spring and summer tourist season. A stone’s throw from the Rüütelkonna hoone Museum in Kiriku plats – It takes a little effort to find but luckily, it’s possible to explore and navigate much of the old town on foot with ease! 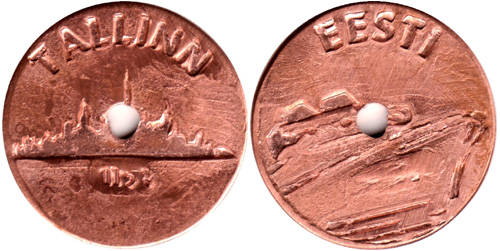 Don’t miss the previous article on Estonia’s Numismatic Past and Present.