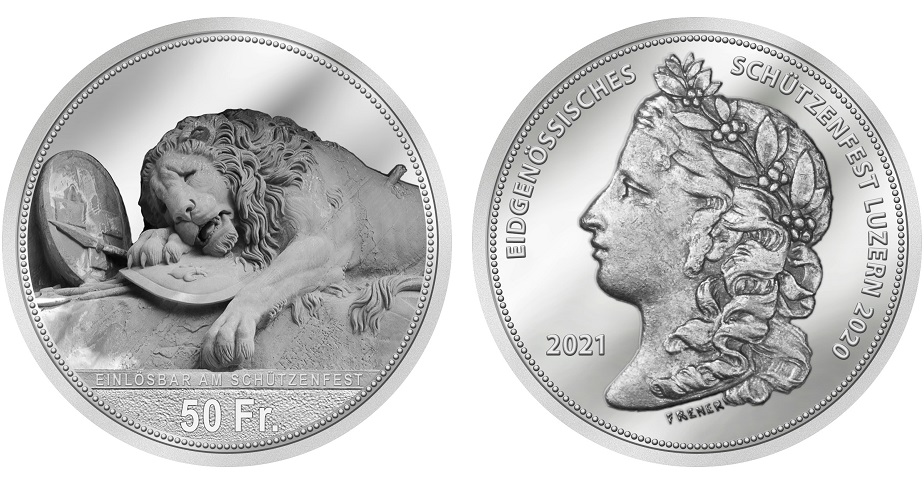 Switzerland’s annual shooting taler is now available for preorder in advance of its late January to mid-February release date. The 2021 issue will be different than any that came before it. 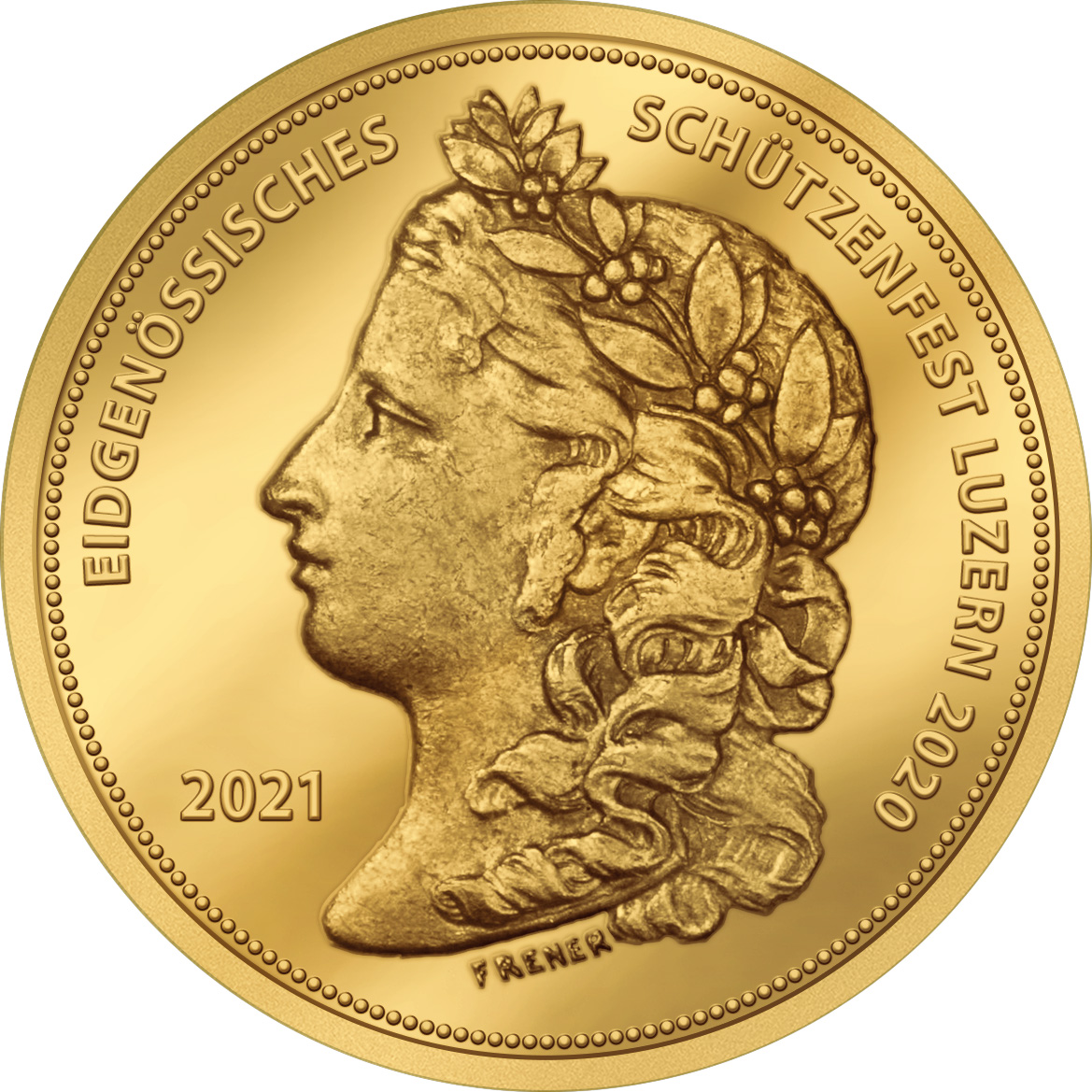 The obverse bears a classic rendition of the allegorical goddess Helvetia, the personification of the Swiss Confederacy. 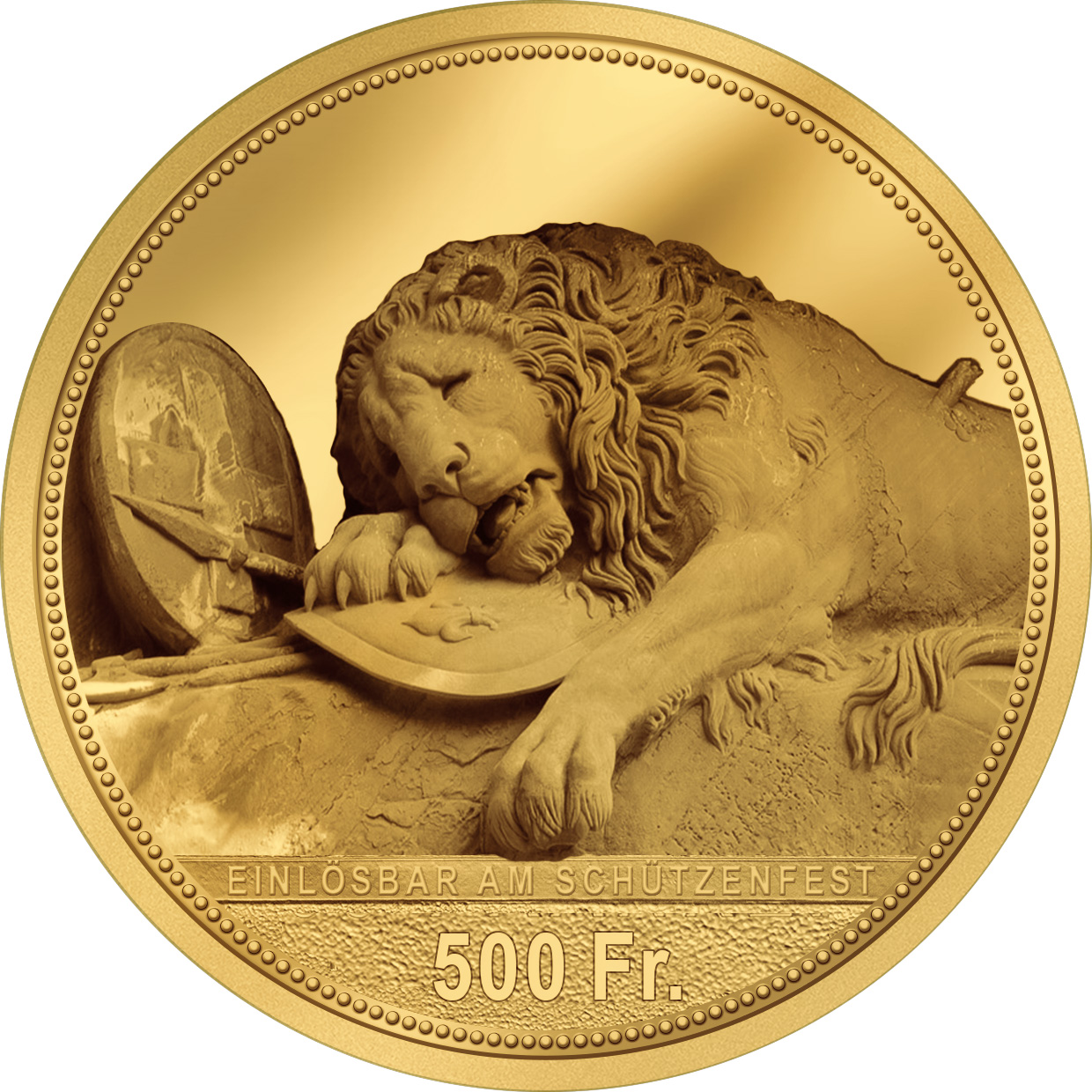 The reverse departs from the usual crossed rifle motif and instead shows the iconic Lion of Lucerne, a rock relief in the medieval part of the city dating to 1821. It commemorates the Swiss Guards who were massacred in 1792 in a battle during the French Revolution. It is one of the most famous monuments in Switzerland, visited annually by about 1.4 million tourists.