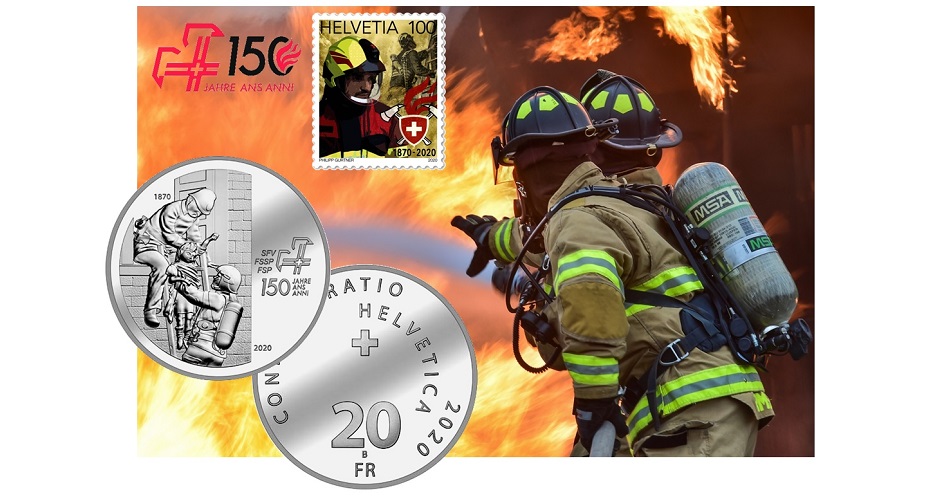 The Swiss Federal Mint has launched (3rd September) 2020-dated 20-franc commemorative silver coins which are in conjunction with the country’s national Fire Brigade Association and the 150th anniversary of their formation. The Swiss Fire Brigade Association, or Schweizerische Feuerwehrverband (SFV), represents the interests of firefighters in Switzerland and the Principality of Liechtenstein, be they professionals or members of the militia. The fire brigades in Switzerland are ready day and night to assist their fellow citizens in danger. The brigade includes over 85,000 firefighters prepared to save, help, and protect around the clock.

The founding idea was first proposed in Herisau in the canton of Appenzell, Ausserrhoden, in 1869. In 1870 the association, then still a club, was formally founded in Aarau. The promotion of the interests of the firefighters and the transfer of knowledge are still important goals of the association today. Today, the SFV is also a modern and innovative service company and works performance and success-oriented. It supports the cantonal associations, connects the language regions of Switzerland and is politically neutral. The association is ultimately the link to the national partners in civil protection and is internationally active. The SFV does far more than just function as a representative of the interests of the firefighters. They aim to help shape the concept of and the training of new would-be firefighters. By this important contribution, they guarantee the nationwide transfer of workable practises and knowledge.

Together, with all of these activities, the SFV aims to support all the country’s fire brigades in creating the best possible framework conditions and to help motivate young professionals to also join the fire brigade. However, even with the concerted efforts of the SFV, recruiting is becoming more and more difficult because fewer and fewer people are available for militia and volunteer work. This is especially true if such activities are associated with important responsibilities and little compensation. Militia and voluntary work often form the basis of any countries’ direct democracy. 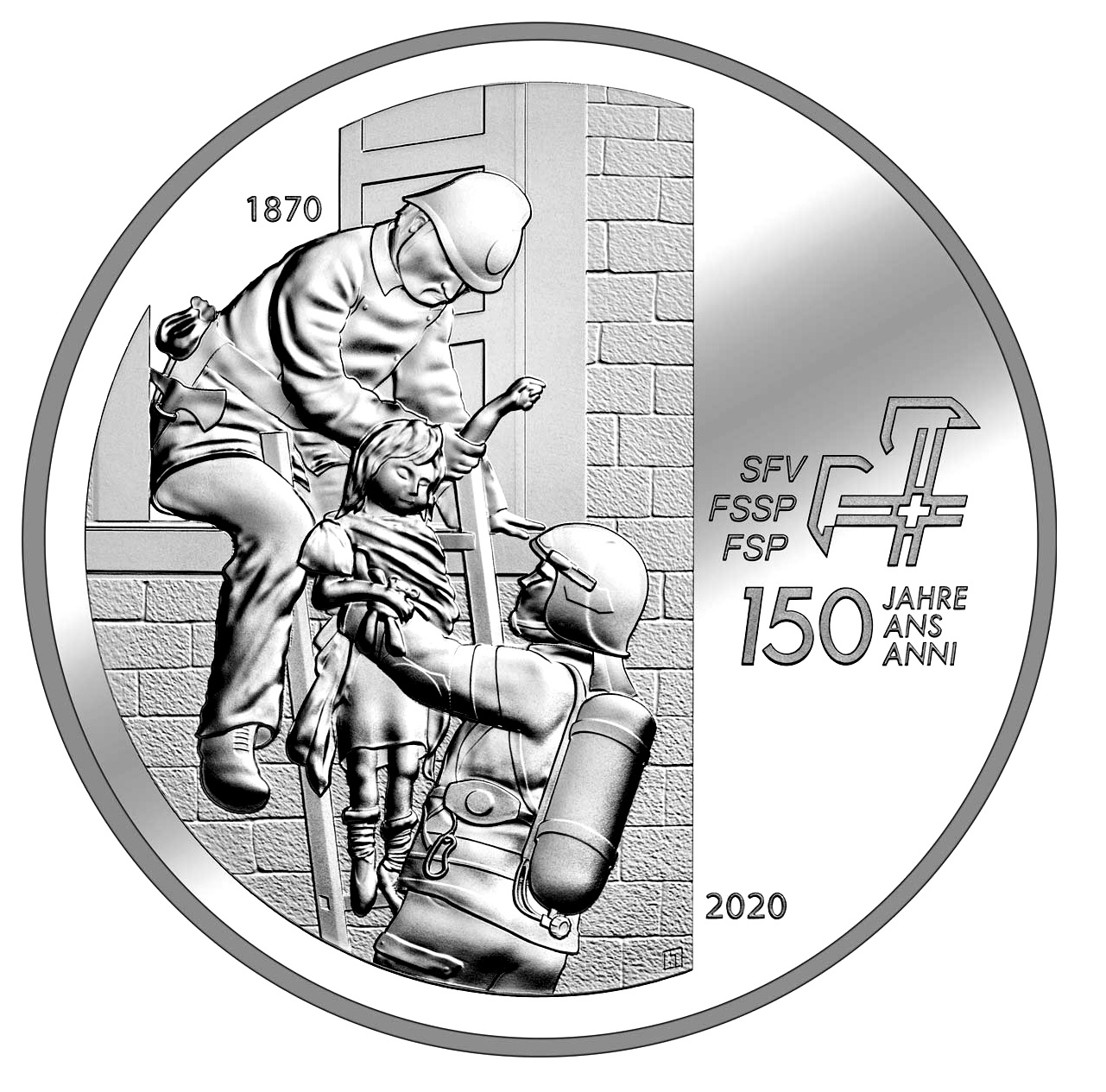 The obverse side of the coins is designed by Swiss artist Benjamin Löbbert from the city of Bern. The primary design captures the essence of the primary function of the firefighter: The saving of lives in an emergency. Here a small child is carried out of a building by two firefighters on a ladder. To the right is the SVF’s familiar logo and the numeral 150 along with JAHRE ANS ANNI (years) arranged in three lines along with the numeral. 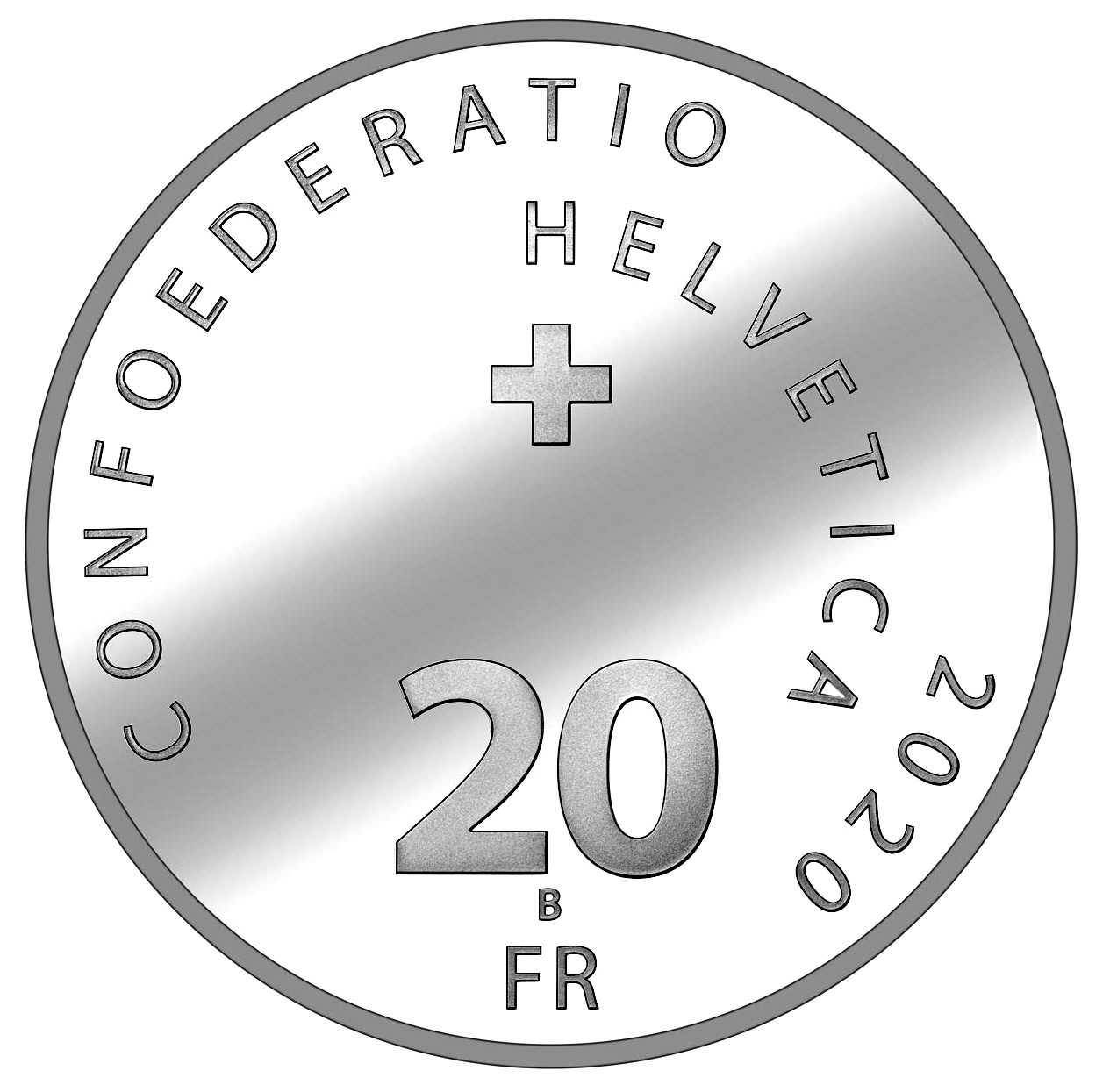 The reverse side is that of the standard design consisting of the issuing authority CONFEDERATIO HELVETICA, the year of issue 2020, and the denomination of 20 FR all arranged in a circular pattern. 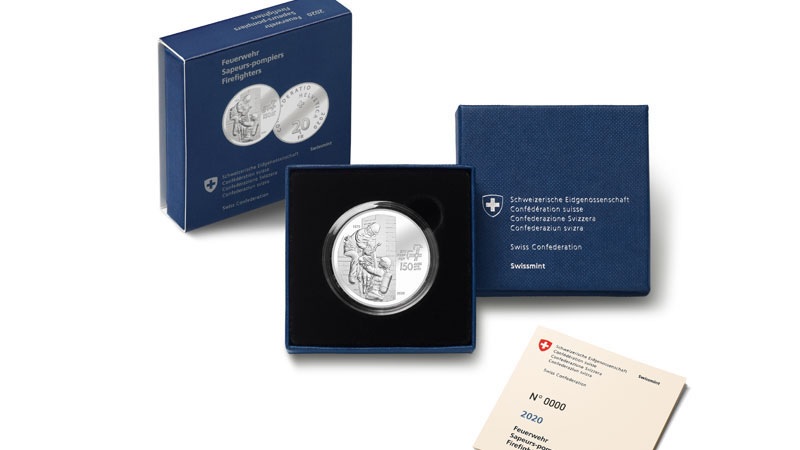 *A reserve of 1,000 pieces out of the 20,000 total mintage is presented with a colourful folder which includes images and informative text pertaining to the Fire Brigade’s 150th anniversary of formation. For more information, please click here.