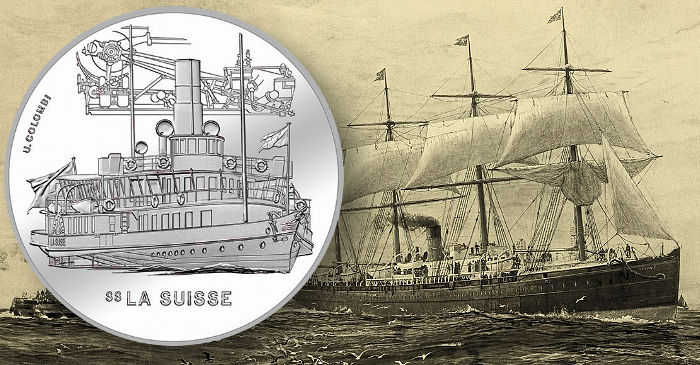 The Swiss Federal Mint have released (26th April) a new silver coin which continues with its three-part “Swiss Steamships” series started in 2017. The latest coin in the series is dedicated to the La Suisse steamship, which was first commissioned by the Sulzer brothers in 1908.

The Belle Époque euphoria in Switzerland had just peaked and the La Suisse paddle-wheel steamship was to become the largest and most elegant of all Swiss steamships, which was designed with this memorable and distinctive style. The steamship was designed to accommodate a capacity for 850 passengers, is 78.5 metres (257 feet long) by 15.9 metres (52 feet wide), and was powered by a sloping 1,400 horsepower (1,030 kilowatts) two-cylinder hot steam composite engine from Sulzer.

The steamboat, which had already received an award as a cultural monument of national importance, was also declared to be a historical monument by the canton of Vaud in 2011. Over the years, the steamboat has undergone a number of technical and structural changes, the most noteworthy of which was in 1960 when the switch from heating with coal to heavy fuel oil occurred and additional changes were made to the curved decks on the main and upper decks. In 1971, a new, cost-saving large boiler was installed, as well as a new wheelhouse and a new side entrance to the saloon. Unfortunately, both were not as successful from an aesthetic point of view. As a result of the previous alterations, further changes were carried out in 1999 where the heating operation was changed from heavy fuel oil to light oil, and, in 2003, the electrical infrastructure was partially refurbished. La Suisse was extensively renovated between 2007 and 2009, and since then, it has been navigating the “Haut-lac” part of Lake Geneva from Vevey to Thonon. 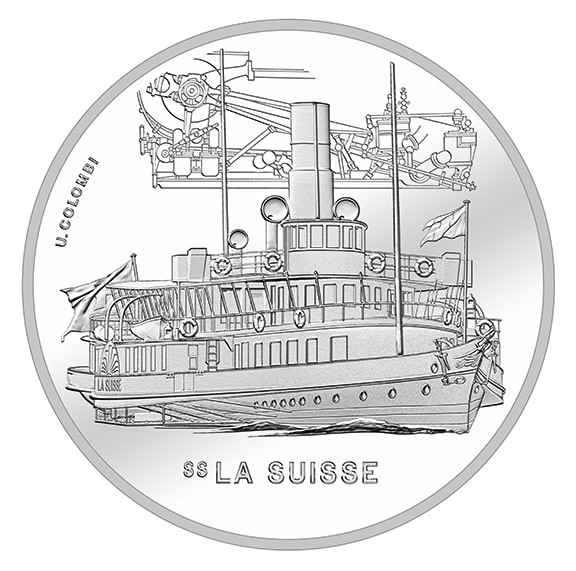 The coin is designed by naval painter Ueli Colombi from an original drawing. Colombi also designed the collector coin featuring the Uri steamship which was issued last year. 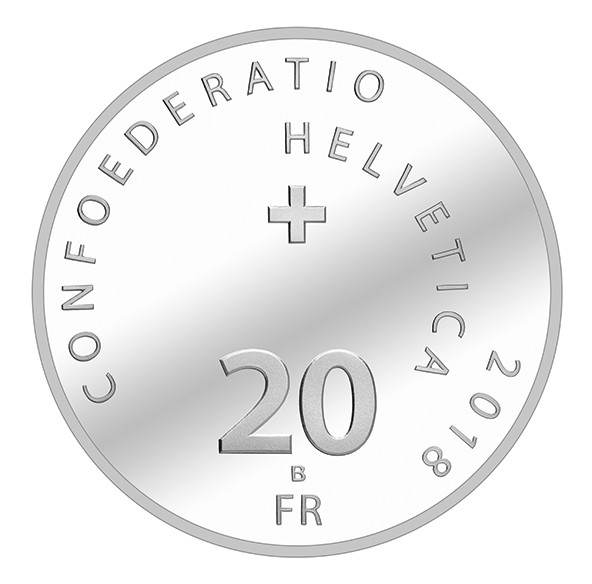 The reverse includes the standard design with the issuing authority, CONFEDERATIO HELVETICA, the year of issue, 2018, and the denomination of 20 FR in a circular pattern. 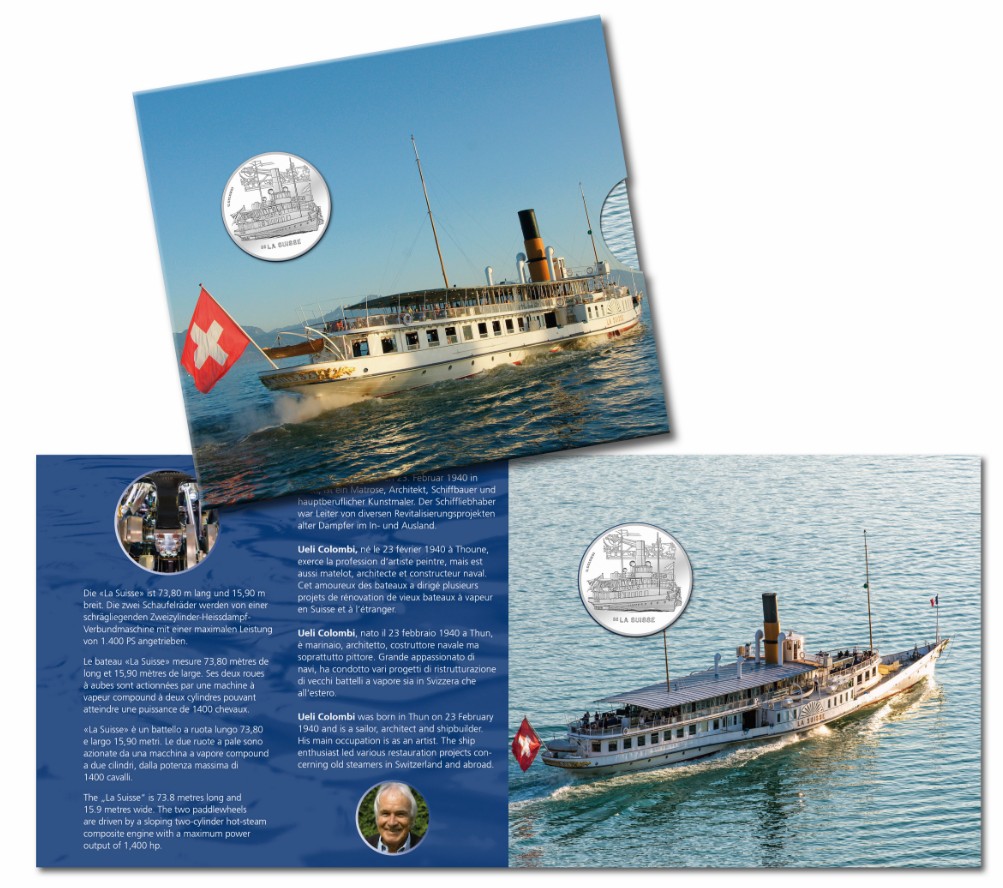 The new commemorative coins are available starting today. The Brilliant Uncirculated versions are presented in a colourful blister-pak with 1,000 pieces presented in a special limited edition folder. The Proof pieces are encapsulated and presented in custom-branded Swiss Mint boxes along with a certificate of authenticity. For additional information on these and other collector coins issued by the Swiss National Bank, please visit the website of the Swiss Federal Mint.