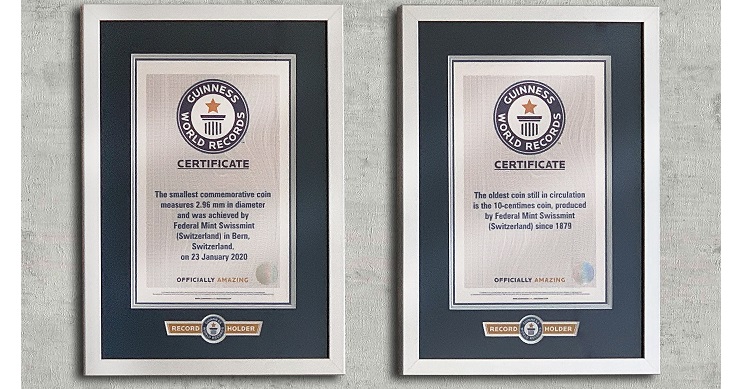 The Guinness World Records Limited was established in London in November 1954. 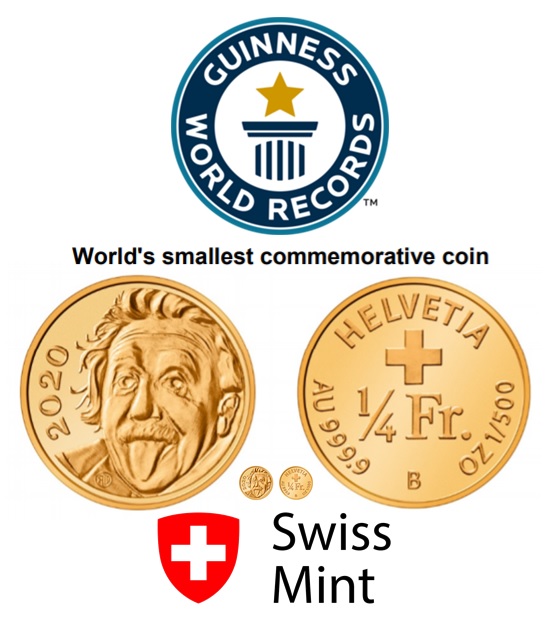 Pushing the boundaries and stretching the limits of technology, the Swissmint achieved something quite unique when they designed a gold coin with a diameter of only 2.96 millimetres and weighing 0.063 grams. Based on these dimensions, the GUINNESS WORLD RECORDS™ has recognised the ¼-franc gold coin issued in 2020 as the world’s smallest commemorative coin. Despite its diminutive size, the coin’s obverse and reverse are machine-minted, each with a different design. The obverse featured the famous image of Albert Einstein sticking out his tongue, along with the year 2020. The reverse shows the nominal value of ¼ Fr. together with the inscription HELVETIA and the Swiss cross. Now officially recognised as the world’s smallest commemorative coin, it is decorated with images that cannot be discerned with the naked eye. Swissmint has therefore designed special packaging, complete with magnifying lenses and light. Only 999 examples of the coin were produced, and it sold out instantly. 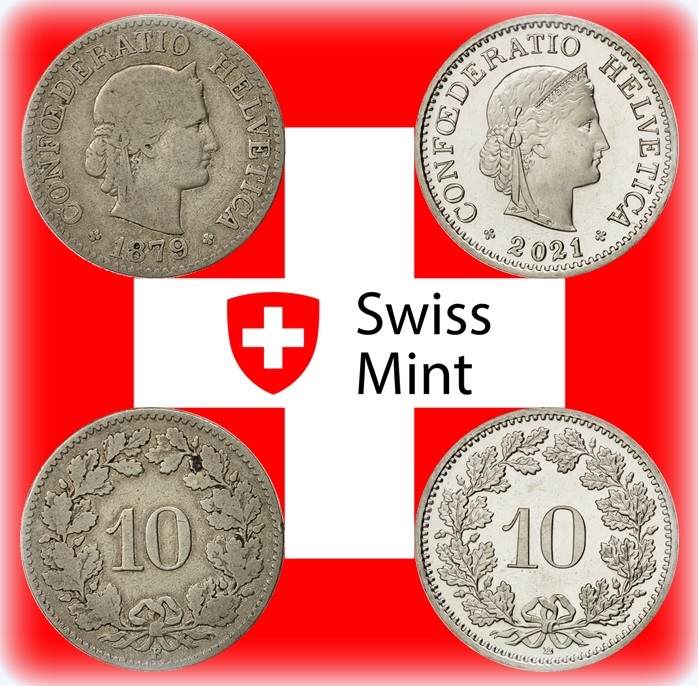 World’s Oldest Minted Coin in Circulation and Unaltered Since 1879: 10-Centime/Rappen

In constant use for over 140 years, the 10-centime/rappen coin has now been recognised by the GUINNESS WORLD RECORDS™ as the world’s oldest coin still in circulation. In 1853, five years after the Swiss Federal Constitution was introduced, the first Swiss coins were minted in the Federal Mint in Bern. The first 10-centime/rappen coins bore the image of a Swiss cross on a shield in front of oak leaves, with the inscription HELVETIA. However, it was not until 1879 that the motif was replaced with a female allegorical head in profile, looking to the right and bearing a diadem with the inscription LIBERTAS along with the inscription CONFOEDERATIO HELVETICA placed around the figure. The image was designed by Karl Schwenzer and is still used unaltered on the present 10-centime/rappen coin to this day. Moreover, 10-centime coins minted in 1879 can, on rare occasions, still be found in circulation, and, of course, continue to be valid as legal tender. To this day, it is not uncommon to find examples of other 10-centime/rappen coins that are over 100-years-old in your change.

For additional information about current collector coins offered by the Swissmint, please visit their website.