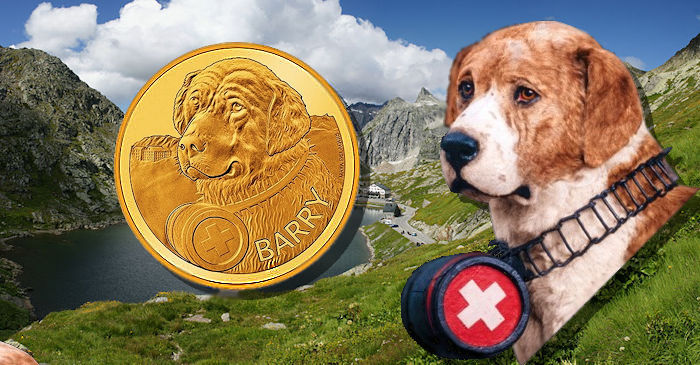 In the background, the Great St. Bernard Pass at the Italy-Switzerland border. (Background image by Hans Hillewaert)

The Swiss Federal Mint have launched (14th September) a new gold coin which pays homage to the famed mountain dogs from St. Bernard (who are a familiar sight in many parts of the Alpine nation), as well as remembering the service of one particular dog—Barry.

In the 11th century, Canons Regular of Saint Augustine founded a hospice as a refuge for travellers and pilgrims on the 2,469-metre-high (8,100 feet) Great Saint Bernard Pass. Large mountain dogs have been kept at the hospice since the mid-17th century to guard and protect those staying there. The first visual evidence of the presence of mountain dogs dates back to 1695, and the first written document is a hospice memo from the year 1707. The dogs were rapidly adopted as companions and, above all, as rescue dogs for travellers who lost their way in the snow and mist. The dogs from the Great Saint Bernard Pass saved the lives of a great number of people. The reputation of the Saint Bernard dogs grew throughout Europe in the 19th century thanks to chronicles published in many languages and reports passed on by word of mouth from the soldiers who had crossed the pass with Napoleon Bonaparte in 1800.

One particular dog—the legendary Saint Bernard Barry—lived at the hospice from 1800 to 1812. The famous dog apparently saved the lives of more than 40 people, and over the years, numerous folktales were linked to his story. The tales have contributed greatly to the reputation of Saint Bernard dogs, in addition to Barry’s own legend.

Next year, 2018, is the Year of the Dog! Mints worldwide are releasing special coins for the occasion—France’s gold and silver coins are already available. Click here to read more.

Switzerland’s Natural History Museum in Bern is devoting a special exhibition to the stuffed, original Barry and his story, and the Barry Foundation in Martigny attests to the continued existence of the original Saint Bernard dogs. In memory of this brave dog, a 50-franc gold coin was authorised by the Swiss Treasury and National Bank. 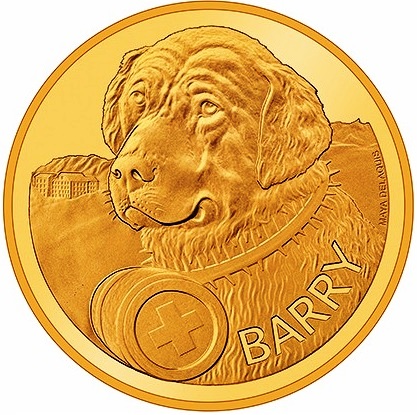 The coin is designed by the graphic artist and illustrator Maya Delaquis, from Gwat, who has lectured in book illustration and animal drawing for nine years at the Bern School of Design. Her design includes a charming depiction of Barry on the obverse which would melt the heart of any dog lover. Together with his trusty cask of brandy just under his chin (traditionally worn around the neck), the text BARRY completes the design. 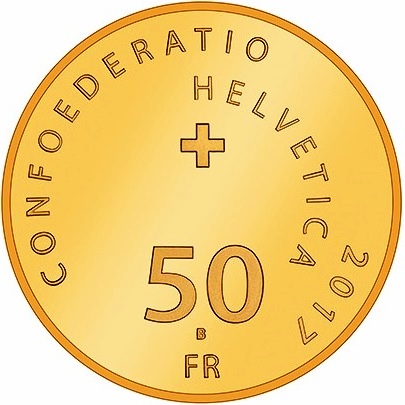 The reverse includes the issuing authority CONFEDERATIO HELVETICA, the year of issue 2017, and the denomination of 50 FR in a circular pattern.

The coin is available from the 14th September and is encapsulated in a presentation case with a numbered certificate of authenticity. For additional information on this and other coins offered by the Swiss Federal Mint, please visit their website. 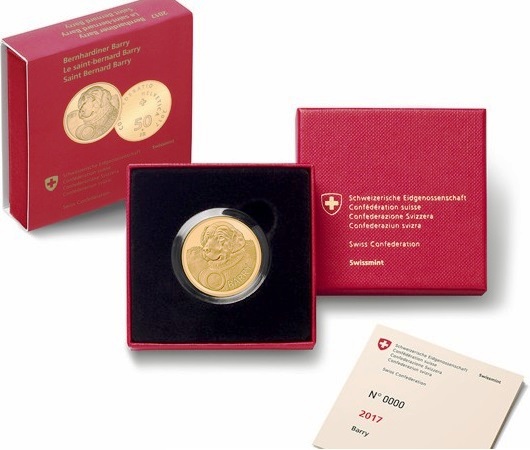