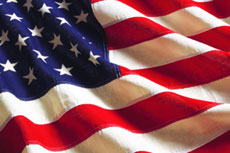 On August 2, 2010, H.R. 2097: Star-Spangled Banner Bicentennial Commemorative Coin Act passed in the Senate. This bill seeks to authorize the production of $5 gold coins and silver dollars to celebrate the 200th anniversary of the writing of the Star-Spangled Banner, the national anthem of the United States of America.

The bill H.R. 2097 was first introduced in the House of Representatives on April 23, 2009 by Rep. Dutch Ruppersberger of Maryland. The bill passed in the House on September 9, 2009. Since it has now passed in the Senate, only the President’s signature is required for the bill to become law.

The commemorative coins would feature designs emblematic of the War of 1812, particularly the Battle of Baltimore, which served as the basis for the Star Spangled Banner. The final design selection for the coins will be made by the Treasury Secretary, after consultation with the Maryland war of 1812 Bicentennial Commission, the Commission of Fine Arts, and review by the Citizens Coinage Advisory Committee.

Surcharges of $35 for each gold coin and $10 for each silver coin would be payable to the Maryland War of 1812 Bicentennial Commission to support bicentennial activities, educational outrearch programs, and the preservation and improvement of sites and structures related to the  War of 1812.