Stack’s Bowers Galleries has announced the acquisition of one of the greatest American coin hoards ever discovered. Known as the “Stack’s West 57th Street Collection,” it includes more than one million coins. The market value is estimated to be well into eight figures, with initial estimates ranging from $15 to $20 million.

The contents of the hoard range from bags of large copper cents and Capped Bust half dollars, to Morgan and other silver dollars. Other coins include Washington Quarters, Franklin Half Dollars, bags of Flying Eagle and Indian Head Cents, nearly 10,000 1909 V.D.B Lincoln Cents, and more. Most are in circulated grades, and will appeal to collectors seeking coins that are both historical and affordable. 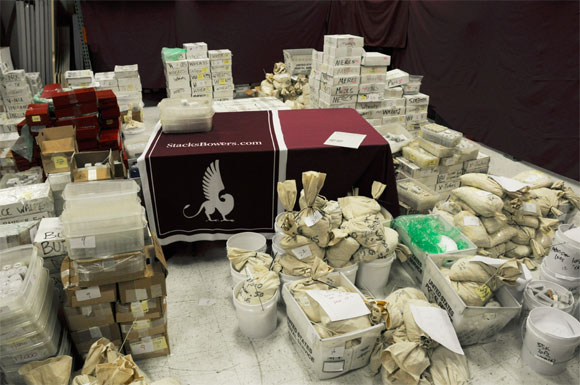 The coins of the Stack’s West 57th Street Collection were obtained in New York City and around the country, then stashed away and never reviewed for key dates or attributed by varieties. Armed guards kept watch as the 30-ton hoard was unloaded from two large transport trucks and transferred into secured vaults. The sorting process has now just begun, and announcements of collection highlights will be made in the upcoming months as the hoard is examined. 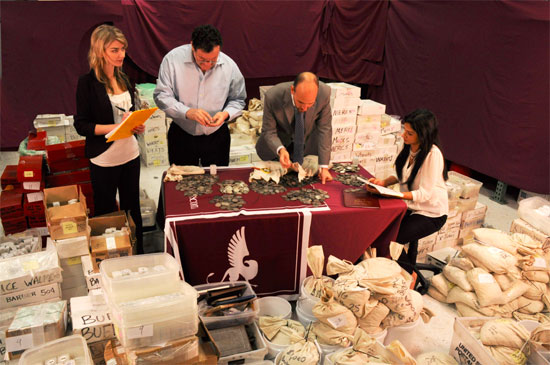 “Going through samples from this collection has been amazing,” said Lawrence R. Stack, a founder of Stack’s Bowers Galleries. “Each of the thousands of groupings has remained sealed as originally closed by the owner. We expect to find many rare varieties and discoveries as the review process continues. I have never seen anything like it, and am unaware of any comparable hoard of copper, nickel, and silver coins that has ever come to the numismatic market. This will have a profound effect on new collectors coming into the hobby, for the vast majority of the coins will be very affordable — quite a change from the usual business of handling rarities.” 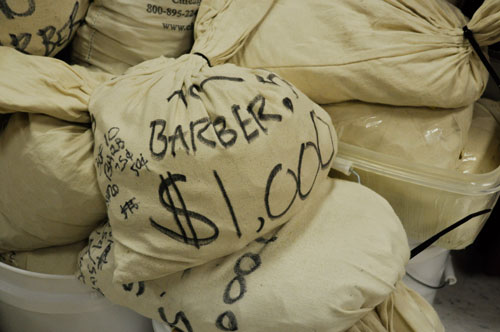 “The collection will be an ongoing part of our auction program over the next few years,” said Brian Kendrella, president of Stack’s Bowers Galleries. “Coins will initially be offered in our Internet auctions beginning in April. Rarities, new discoveries, higher-value coins, and the like, will be included in regular auction programs, including our Official Auctions of the Whitman Coin and Collectibles Expos, our ANA World’s Fair of Money Showcase and Rarities Night auctions, and other venues. There will certainly be something for everyone, and I expect the discovery will be exciting for all individuals involved in numismatics.”

“After learning advanced news of this, I began thinking, perhaps it is time for a new edition of my American Coin Hoards and Treasures book,” said Q. David Bowers, chairman emeritus of Stack’s Bowers Galleries. “This hoard is one of the greatest finds since the book was published in the 1990s, and it’s quite different from most others in that it contains tons of what used to be pocket change but is now, in every instance, a collectible.”

For complete auction schedules, and additional information on The Stack’s West 57th Street Collection as it becomes available, visit the company’s website at StacksBowers.com.